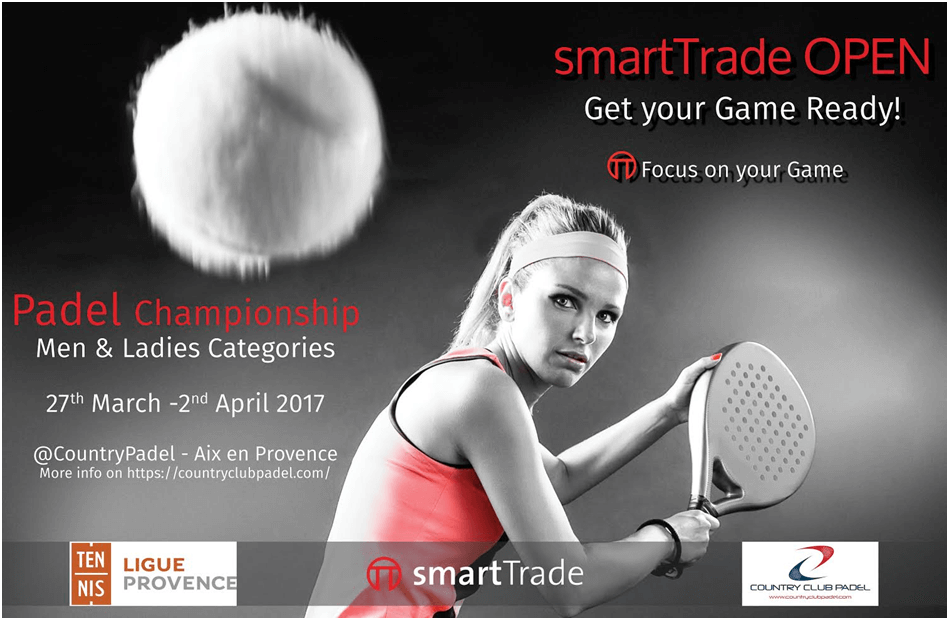 Come and attend the 27 March at 2 April, the first tournament Padel P1000 homologated League of Provence 2017 will bring together the best players and French players.

The final painting will take place on the weekend of 1er and 2 April 2017 at Padel Country Club in Aix-en-Provence.

Lyonnais will be at the rendezvous

The female padel in effervescence
at the Padel Country Club.

The female painting will present a superb painting including Audrey CASANOVA and Laura CLERGUE champions of France Padel!

16 17 best French players have already validated their participation in the tournament.

The Spanish pair, big favorite of the tournament, composed of the formidable Esther LASHERAS and Carolina PRADO, recent winners of the magnificent P1000 organized by Padel Central Lyon, will also take part in OPEN smartTrade. Who to stop them?

Former glories of French sports will participate in the tournament: Alexia DECHAUME - BALLERET and her partner Kristina CLEMENT.

The level of the tournament will increase crescendo throughout the week: many pairs will fight to get their places alongside the best players. The young Eléonore CALOUSTIAN and Clémentine MOHLO, both members of the Country Club Padel school, and less than 18 years old will participate in their first tournament.

Finally several Spanish players will participate in the Open including José Luis SALINES (WPT player), partner of the local Laurent BOULADE and Guillermo CLOSA alongside Jérémy SCATENA recent winners of the P500 WINTER Padels Weeks organized at the Padel Country Club in January.

The Nordiques arrive in force at the Aix Open. More 10 players will represent the Parisian colors with 2 pairs who have already shown that they could go far in this tournament: Adrien Maigret / Julien Maigret and the pair Frédéric Pommier / Benjamin Tison.


After the show by Monfils / Haziza at P500 Padel Club of Lyon, it is another pair of world class (Tennistically speaking for the moment ...) who will try his luck on the French circuit:

The Country Club Padel Facebook page will offer a lot of news about this beautiful event.

While Padel Magazine will try to make you live this tournament from the inside, hopefully some high-level live!

For more information, Tristan Barre leads the tournament and can be contacted by email: tbarre@squawcreekpadels.com 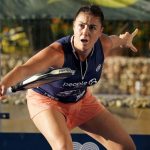