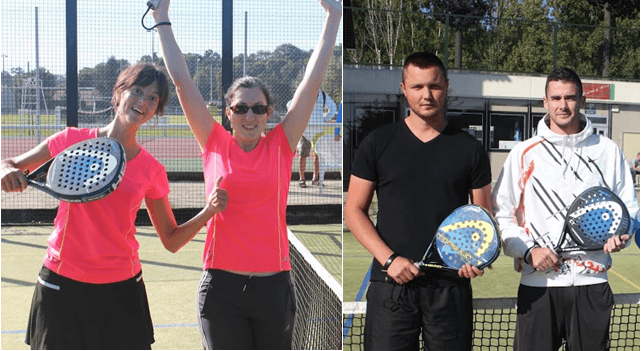 The Tennis Club of Auvers-sur-Oise has launched this we the 1er tournament approved in the Val d'Oise.

Yohann Desmonts, the ambassador of padel in Auvers-sur-Oise therefore explains that there was for this tournament “8 clubs represented and 14 teams (10 men and 4 women) "

The good weather was at the rendezvous.

Sabrina Rioja and Monica Blankson-Hemans (3/6), The champions of the Val d'Oise league will go to Lyon with full confidence for the French championships of padel next October.

Yohann DESMONTS was definitely on all fronts because it was he who took care of the organization of this tournament supported by Judge Arbitrator Claudie VIVIER: A pair that worked very well. 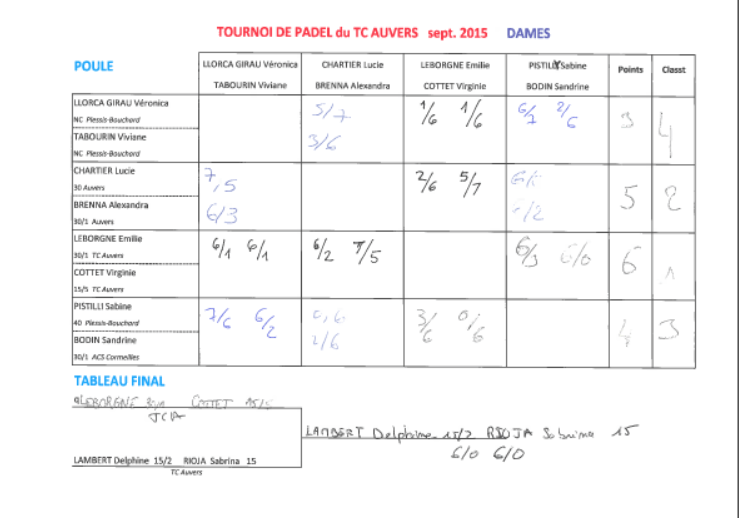