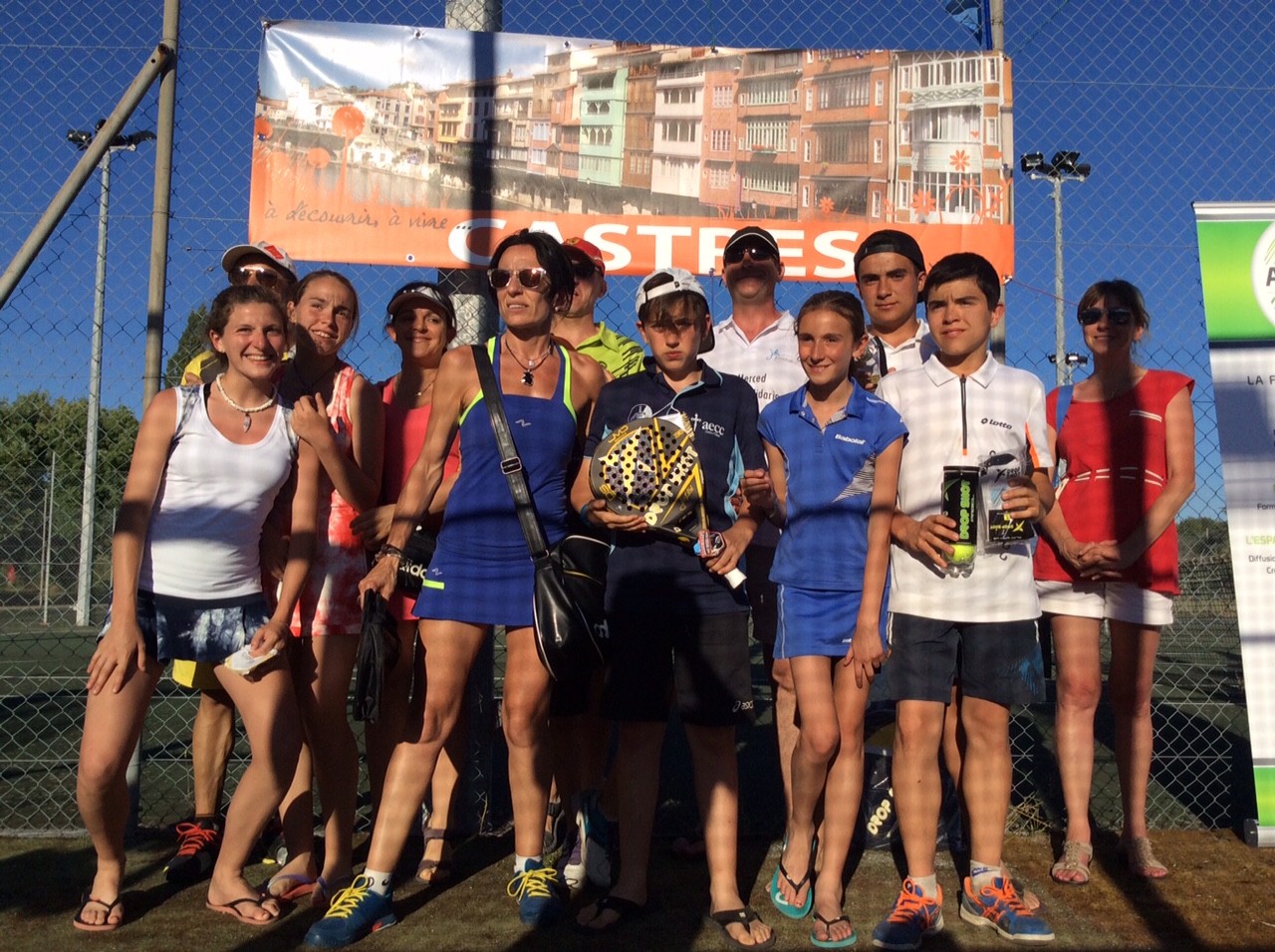 The famous circuit of padel, ''Padel Infinity Tour '' roared near Castres on June 27 and 28. It was the 5e stage of Padel Infinity tour 2015. The circuit has once again shown all its panache with the equally well-known Clément Arico as conductor.

It was finally the turn of the castres!

When the Padel Infinity tour goes to you, we put the small dishes in the big ones. The Castres Occitan Padel, thanks to its president Nicolas Portes managed to put an additional (and ephemeral) land and by any: A beautiful panoramic land.

Nicolas Portes and Clément Arico wished to express « huge thanks to Kaktuspadel for the provision of the land padel and the quality of his work ».

35 teams gathered from all over France and even Spain with the presence of 11 Spanish teams. Castres, Toulouse, Carcassonne, Poitier, Perpignan, Burgos, Madrid faced each other in turn on the 3 Castres fields with 4 categories at the start: 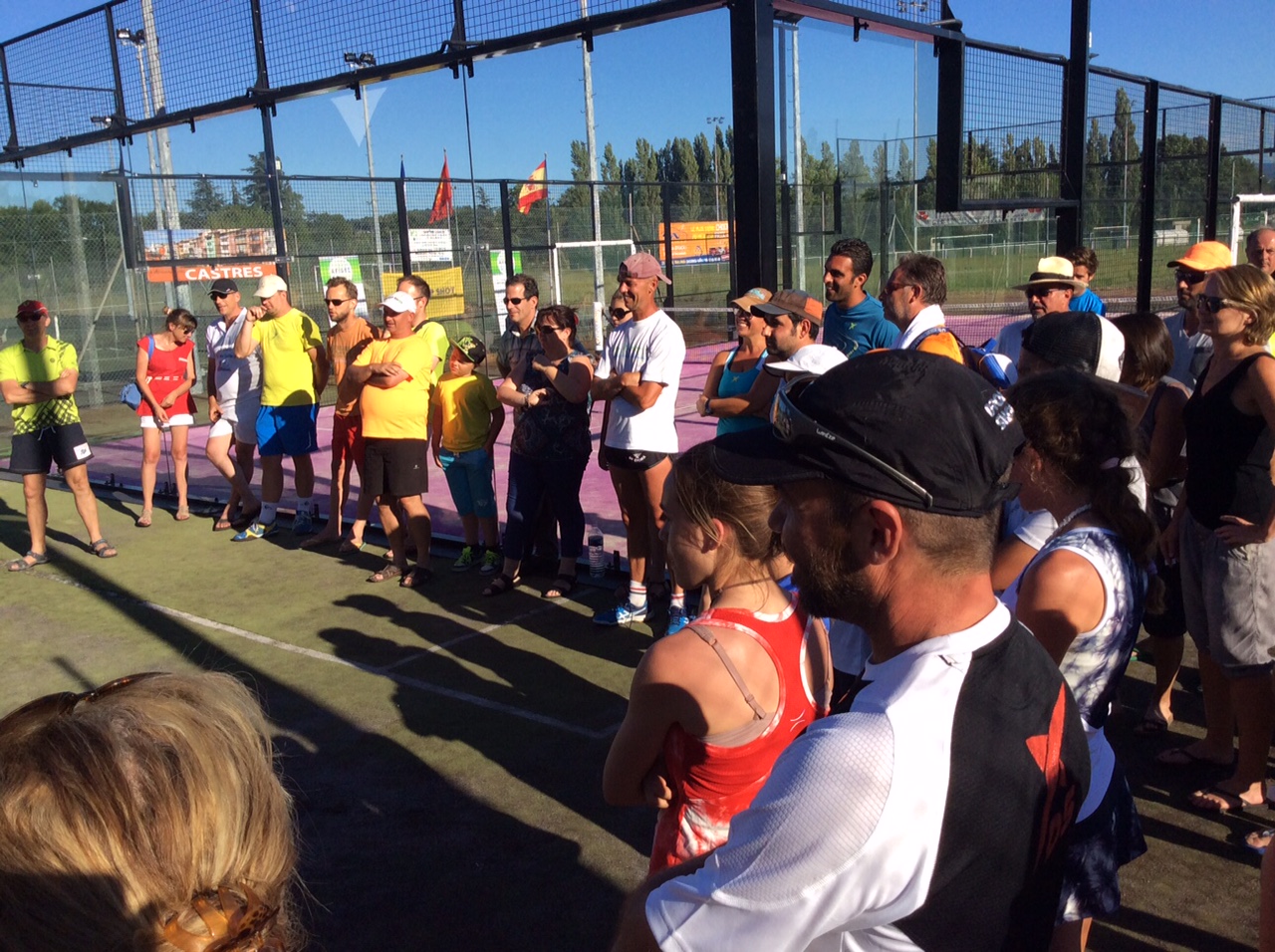 The tournament started on Friday night. And it was the beginning of a long series of confrontations between Spanish and French.

Note during the group matches of the defeat of Bertrand Goutires and Kévin Tournemire the future manager of the Padel Club de Toulouse against Christian Goursaud and Philippe Laboup on the score of 9-7.

The Perpignan women's team of the tournament in the advanced men's category Mai VO and Valérie Pibis narrowly lost against Nicolas Beco and Christophe Militzer. 8-9 (5/7)

The Perpignan team will win in all these matches in the women's category.

Sunday, it was hot temperatures on the program ... But also « a good breakfast " Offered by Padel infinity before the start of the matches.

In the men's Initiation category, the winners Ricardo Del Alzaa and Patrice Terrats had all the trouble to dismiss Laurent Barthe and Franck Sarazin 3 / 6 6 / 3 10-8. Beautiful Finale between Castrais.

The Mixed category saw the victory of the pair Nicolas Castres and Deborah Alquier 6 / 3 6 / 3 against a young Spanish pair of 15ans Daniel Puente and Leticia Fernandez who make Spanish federal competitions.

For the Women category, the pair of Perpignan Mai VO / Valérie Pibis lost in the final against Leticia Fernandez and Julia Quintanilla 5 / 7 6 / 3 10 / 5.

In Men Intermediate, the pair coming from Sporting Club de Poitier managed to win 6 / 3 6 / 3 against the local pair Nicolas Portes and Jean-François Cauvy.

Finally, in Advanced Men, before reaching the final the pair Christian Goursaud and Philippe laboup had to get rid, in the semi-final, of the formidable Carcassonnaise pair André Gaubert / François SanMiguel on the tight score of 9/7 before d ' face once again the pair Bertrand Goutires and Kévin Tournemire in the final. Final won by Bertrand and Kévin on the score 6/3 / 6/2.

Clément Arico explains that " The formula where you can play in several categories and with several levels by categories is clearly a very good idea and ensure players maximum play time ". It is a real success!

La 6st Stage that takes place at the Mas club in Perpignan is already complete for several weeks with 45 teams.

And as the slogan of Padel Infinity: Viva el padel !!