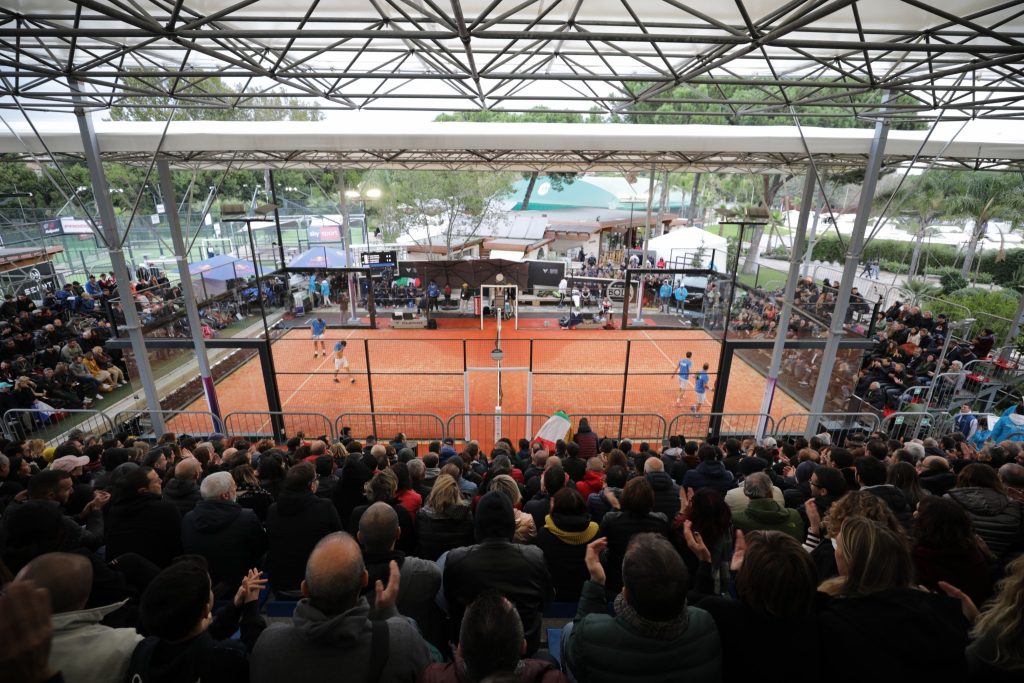 Our Frenchmen, Adrien Maigret and Benjamin Tison, did not manage to pass the first Italian wall composed in particular of German Tamame, World Padel Tour player in this final of the Padel 2019 European Championships in Rome. Italy wins 6 / 1 6 / 2.

We live an incredible day after the French victory over Italy this morning with the girls. The central is overwhelming. Despite unstable weather, the competition is a tremendous success.

Parisians do not have to blush their performance this week. The Italian pair was a tone above the French. And with a Tamame up as ever, it was very complicated for the Parisian pair to win this first match.

Captain Alexis Salles joins Johan Bergeron with Jérémy Scatena to play the second match. A first association for France. A bet. France no longer has the right to the error, it must prevail to offer Haziza / Blanqué, the opportunity to offer us this title of European padel champion in the men.