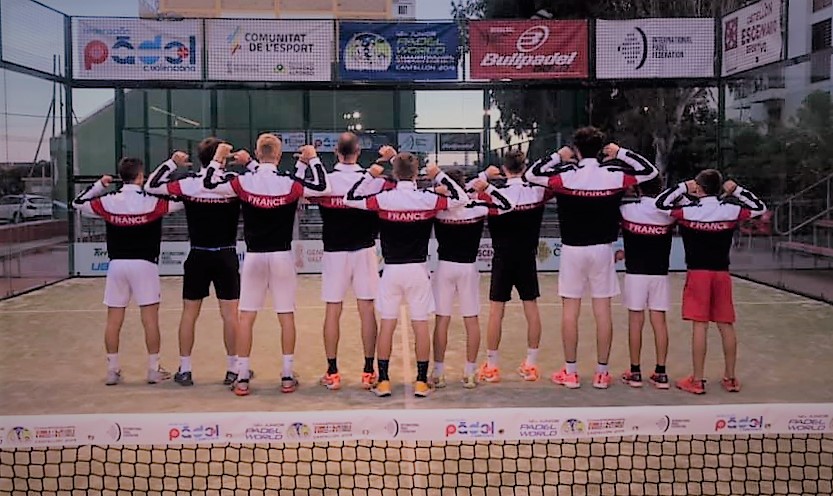 The European Championships padel approach and while waiting to know the selection of Alexis Salles, we are ready to play the game of predictions!

Today it goes without saying that 5 players seem totally indisputable in the French team: Johan Bergeron, Benjamin Tison, Bastien Blanqué, Jérémy Scatena and Adrien Maigret. Indeed, they are today the five best classified on the international circuits and they have an experience which no longer needs to be demonstrated. In addition, their respective results in France in recent years place them at the top of the national hierarchy.

We would be tempted to add Thomas Leygue in this group of indecisive. Exiled in Madrid to train full time, he represents not only the future but also the present, thanks to all the progress he has made and the experience he is gaining from the other. side of the Pyrenees. The only member of the new generation (we regret, for example, the absence of a Lilian Fouré at the rally) should also be part of the trip.

So that makes us a group of 6 players who, barring a huge turnaround, will be in Marbella from June 28 to July 4!

As everyone knows, it is a group of 8 elements that will fly to Spain. It therefore remains, in our opinion, in reality 2 places to be filled among the players who were present at the gathering held at the Mas.

Today, Jerome Inzerillo is among the favorites to join the team. Former professional tennis player, the one who teaches padel on the side of the Pyramids, has had a series of good results lately. After a semi-final at the only P2000 of 2020, in his club (with Andres Britos), he also made a semi-final in Liège on the APT Padel Tower. Besides, he won two P1000s in a very poor tournament period.

This makes him one of the fittest men on the French circuit (just like his partner Max Moreau, who is absent from the rally). Younger than most of the other contenders, he seems clearly on his way to be selected, which in our opinion would make no more sense given his investment and his results.

More than a place to fill?

If we consider that Bergeron, Blanqué, Leygue, Maigret, Scatena, Tison, and therefore Inzerillo will most certainly be on the trip, there is only one place available for the 5 other players who were present in Perpignan.

For the last place to take, several players have good arguments to make. If he has not had very good results since confinement, Yann Auradou has been one of the best players on the French circuit for several years. Explosive and capable of playing on both sides of the track, he has an interesting profile. Will the coach take more account of his recent results or his potential?

Remy Gourre For his part, he is a former very good tennis player, who has been gaining momentum for a little while, with for example a quarter-final at the P2000 des Pyramides. He won in particular, with Jérôme Ferrandez, against Leygue / Trancart. Enough to toast politeness to more experienced players?

Jean-Thomas Peyrou has also achieved great things since confinement. Winner of two P1000s (one with Max Moreau, the other with Jean-Michel Pecquery), the Bordeaux player is not the most talented player, but he fights and has a profile of a metronome on the right. Now associated with Adrien Maigret, he benefits from the experience of his partner, with whom he has already played in international tournaments. The question mainly concerns his age. Indeed, at 37 years old and without any selection, we cannot say that he embodies the future of padel French…

François Authier and Justin Lopes are two players who know each other perfectly and can compete with the very best pairs. Winners in two sets of Moreau / Peyrou in the final of the P1000 de Nîmes, in September 2020, they took a set from Blanqué / Bergeron in the quarter-finals of the P2000 des Pyramides! We know that together they form a formidable pair. However, unlike other players, they have not played a tournament abroad in recent months. Can Alexis Salles separate them and take only one of the two? If yes which ?

You will understand, today, difficult to say which are the eight players who will fly to Marbella as all the players have their own arguments. We are therefore awaiting your predictions!