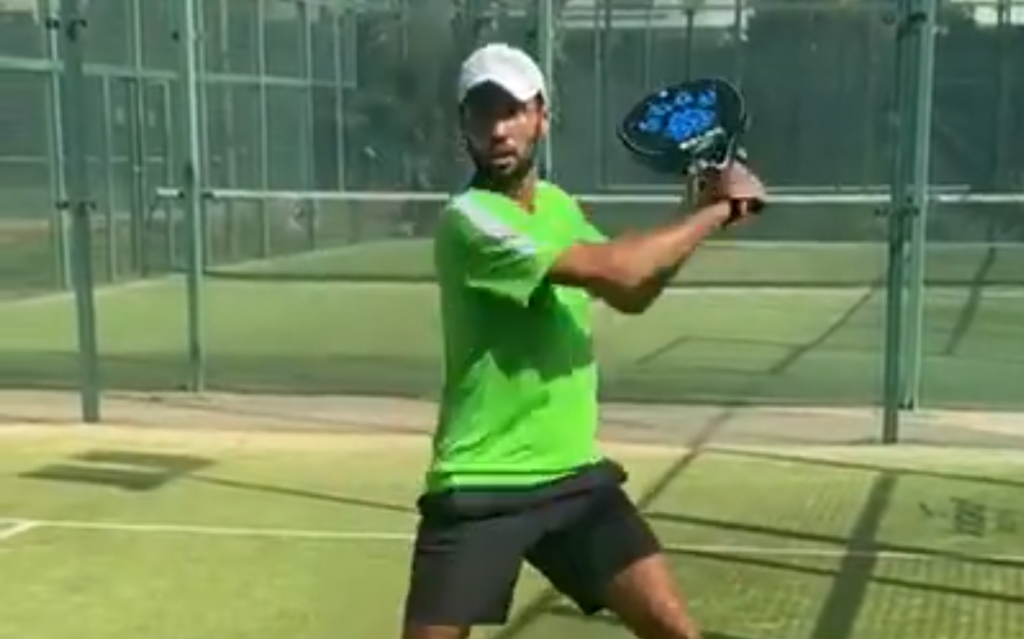 The Morocco wants to become a big land of padel. This is his ambition. The Intercontinental Cup of Padel showed all the Moroccan potential.

And Moroccan players are passionate. The proof in picture with the Moroccan number one Walid Bennani in training mode during this health crisis suffered by Morocco.

Complicated to play 4 to French Friendly Circle of Casablanca (CAFC) for now, but that doesn't stop him from continuing to practice backhand volley and forehand volley.

Pierrick Amount, the famous tennis and padel sports director of the CAFC allows us to see that there is always activity in this magnificent sports complex in the heart of Casablanca. The CAFC is 6 padel courts and 11 tennis courts.

With COVID-19, it is not easy in Morocco either. But we try to cope with it. And gamers are smart about making the most of that time for things they don't do all the time. It is indeed authorized to play 1 against 1, currently in our club.

Ranges, exercises, Walid Bennani hopes to be able to pass a course in the padel. It is not because it is complicated that we have to wait for the crisis to pass. Today, in Casablanca, the players want to show themselves internationally.

Unfortunately, there will be no European Padel Cup this year in Spain due to the crisis. An understandable postponement. But an international padel competition in Morocco could perhaps be done. The second Intercontinental Padel Cup? Here too, let's wait for the authorities and officials to see if Morocco will have its padel event by the end of the year.