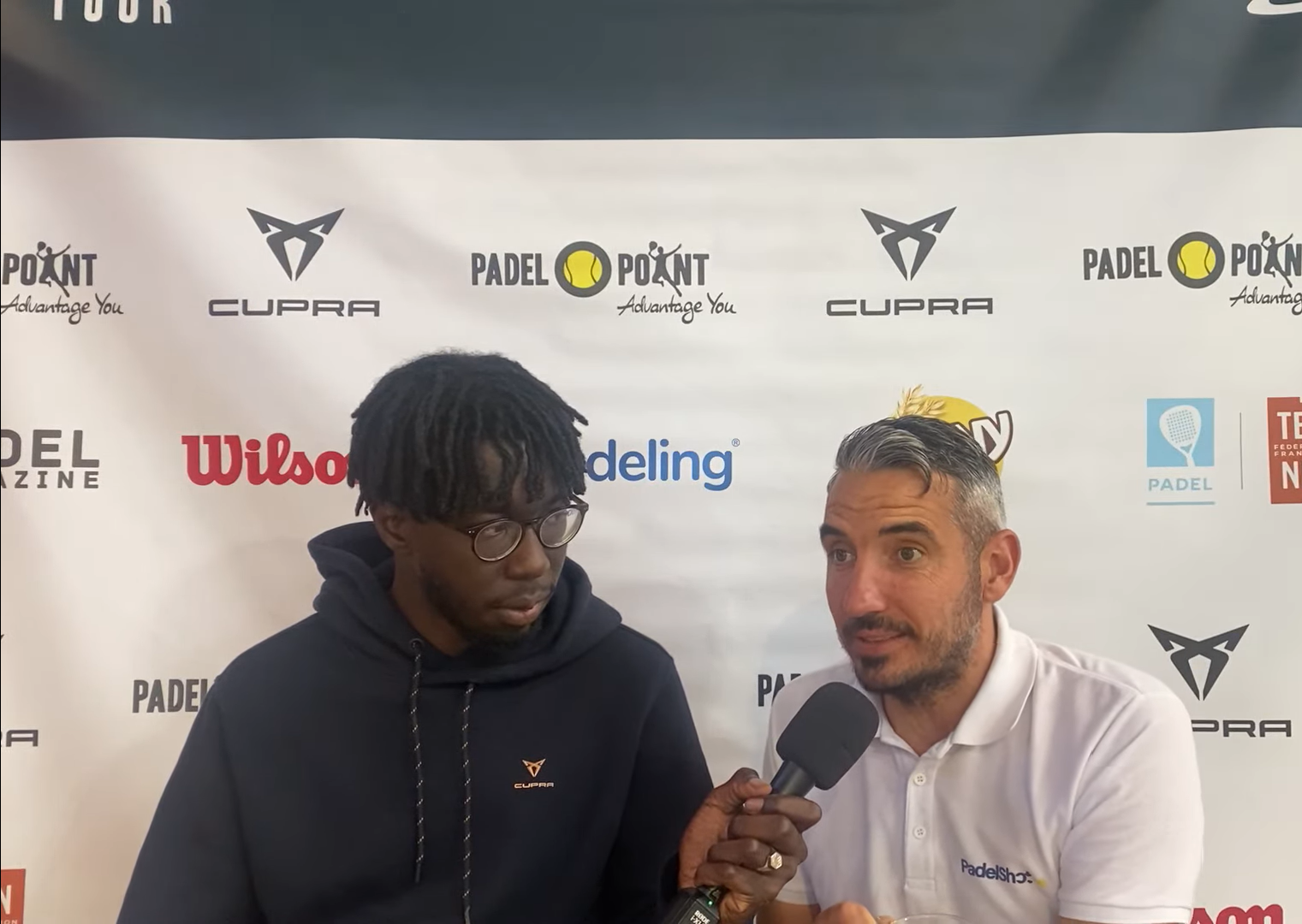 Padel Magazine : Simon, can you introduce yourself to our readers, for those who don't know you? When did you discover the padel ?

Simon Boissé: "I started the padel in 2013. I am from Laval, where the first indoor structure in France was built. It was somewhat by chance that I discovered the padel. I had a friend who had played a bit in Spain and I started with him. Like everyone else, we got caught up in the game and as soon as there was the appearance of competition in 2015 with the first French championship, it kind of clicked. I came from the world of tennis, I had been 1/6 and I had been teaching tennis for 15 years. And the little natural love at first sight took place. It is a sport in full evolution, with what we now know of the development of padel and what is happening to us is great. I'm a bit old in this sport so young. »

"It's hard to do both today"

Padel Magazine : During your career as a player you have experienced ups and downs, but can we currently speak of a recovery phase for you or not?

Simon Boissé : “I am 38 years old, I started this sport in theage of 30 by being self-taught. I have never taken a course padel, and I made myself a little on my own with my training friends in Laval and now in Saint-Etienne. It's reaching its limits because now the level in France is changing enormously. I put a lot of emphasis on my professional side, I am a guy who is very passionate about what I do on a daily basis in my structure to PadelShot or even in the formation of padel in general. I try to stay a minimum competitive but it is difficult to do both today, knowing that you have to move around a lot.

I'm not at my best padel, it's going to come back, it's a bit cyclical. I have done a lot of tournaments for 4-5 years and now physical condition should be a major part of my daily life and this is not the case. Today it is no longer enough to remain on one's achievements, I am aware of that. But afterwards I'm very happy, I was 4th French player a year and a half ago, I couldn't do better.

Now we have to find other goals, the France Senior Plus team was exciting with my friends in Las Vegas. Well, I coached more than played but it was a great experience.

I am not in reconquest, but I will come back with adapted objectives soon. »

“The One Point Championship did well”

Simon was also asked for his opinion on the Cupra Padel-Point Tour, its format and concept. Here is his response:

“These are competitions with P500s, P100s but with magnificent prizes all the same. We're trying to add a bit of friendliness to it with the one-point championship tournament, which worked well, it was quite nice. The small animations with the children also etc.. the development will start from the young people! Any event that will allow young people to come and discover is always good for us as a structure and for the development of the padel in general. "

To find the interview in its entirety, it happens here: