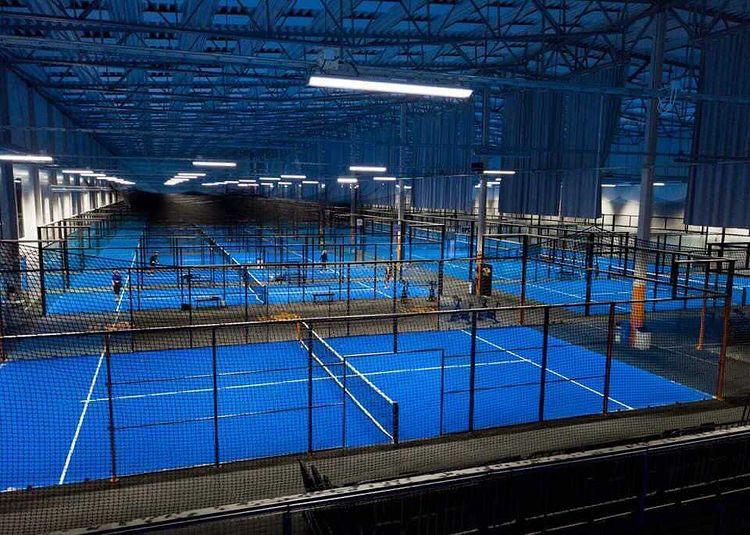 
Empty premises quickly filled with the madness of padel Swedish !

Industrial premises and buildings, assembly lines: what do they have in common? They are for some empty because of the pandemic.

This convinced some investors to turn these unoccupied rooms into clubs of padel. Rutger Arnhults Klövern has even created a subsidiary within its real estate group: Klövern Padel !

“It started because we had an empty room in Kista since the postage stamp factory moved. Then, we simply thought of filling in the location, but also of adding a more attractive activity for the area. In addition, we are important owners in Kista. ”

“Today we often reach 100% occupancy in the bathrooms. padel. "

“I see many advantages there. This means that we can look at other types of premises to use them. But also that we can offer added value to Klövern customers. ”

It is above all the great profitability of the courts of padel who is targeted. Jakob Mörndal declares:

“It also depends on your level: you can very well have a large automated metal box in Sweden without any staff. We place ourselves at a slightly higher level both on the quality of the premises and on the staff. ”

Le padel : an easy and fast return on investment!

As the padel is played mainly in doubles, the fields are surveyed by 4 players and the prices charged are necessarily higher, which allows a faster return on investment.

Klövern rubs his hands. But empty premises are becoming sought after and are therefore increasingly rare.

"There are not many premises with a roof height of 10 meters available and accessible in well-located places. This market is now quite popular. ”

“There will also be a new stage, with the construction of new halls of padel, but it's a more difficult calculation to make in terms of profitability. ”

Will Sweden be able to keep up with this pace? We can ask ourselves the question when we know that today it has more than 500 theaters. padel for a total of more than 1500 tracks, according to theSwedish Association of padel.

“Skövde will soon have 50 theaters / just over 50 inhabitants, the phenomenon of saturation will therefore begin to be felt in some small towns. But conversely, in the urban areas of large cities, development is slowed down due to the lack of functional premises and land to install new constructions. ”

Klövern continues to build in spite of everything and is currently creating one of the largest padel in the world to Mölndal, where the real estate company carried out one of the biggest relocations during the 4th quarter. The 14 m² Åbymässan will have no less than 819 courts and will open in April. New facilities in Västerås and Norrköping are also planned for Klövern Padel in 2021.

Many other Swedish companies see through the padel a great chance to make the best use of existing land. Unibail-Rodamco-Westfield built a new sports facility on the roof of the Westfield Mall of Scandinavia, which will include 3 courts of padel.

Moreover, one of the future projects of Hufvudstaden will be located in the center de Stockholm, will have courts of padel and will also be on the roof of the parking lot Parkaden. Opening for this installation of 3 m² and 000 courts of padel scheduled for April.