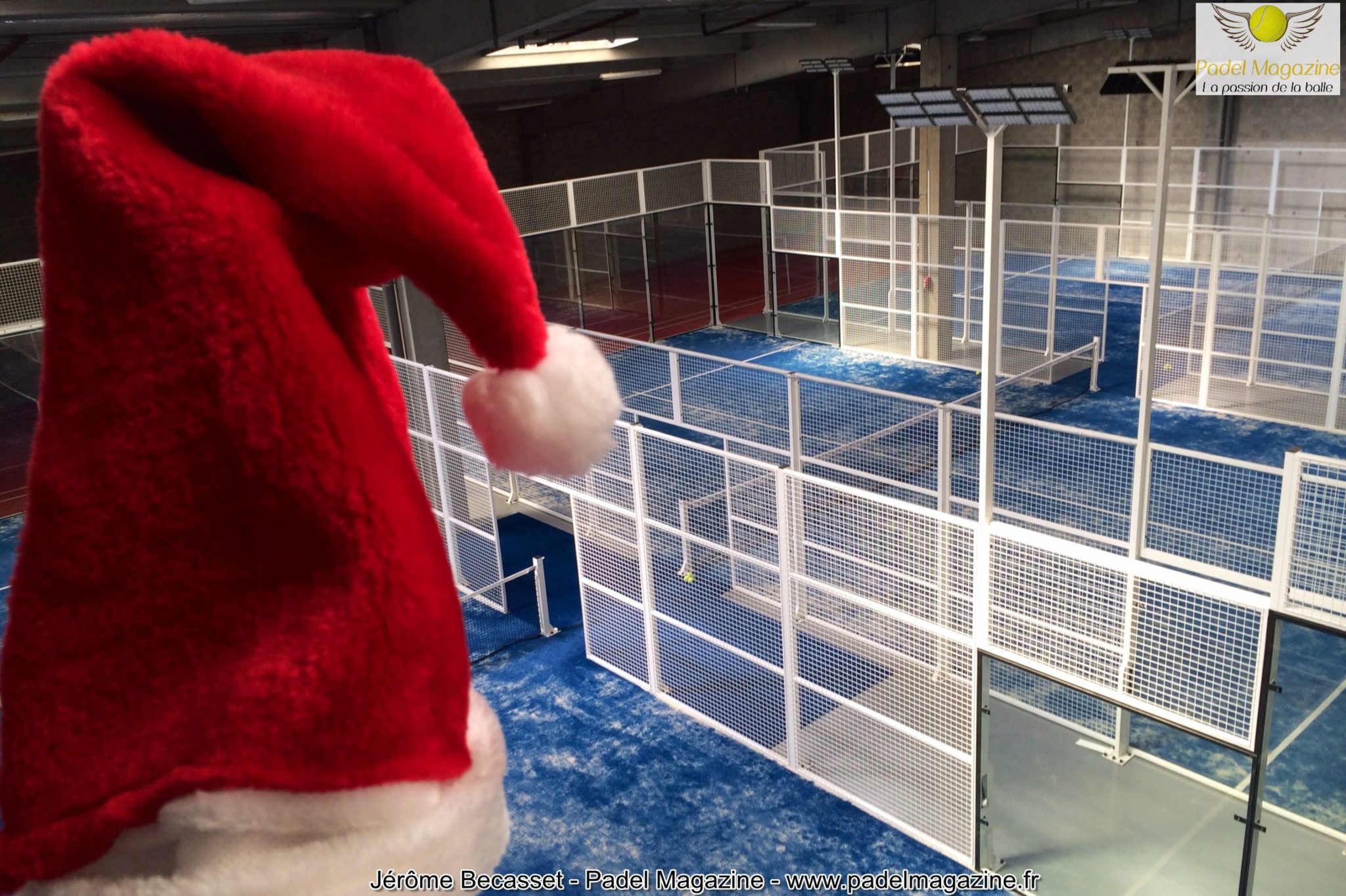 [box type = ”success”] From Padel in Lyon, it is now possible thanks to Padel Central which officially opens its doors on August 22, 2014 with magnificent padel courts. Jérôme Becasset describes this club to us with all the humor we know from him. [/ Box]

Christmas is the 22 August!

You remember when you were a child of this period just before Christmas, especially this day when your parents took you to the toy store to " to make Santa's list "? I relived this sensation last August 2 in preview. This August 22, it is finally the official opening of the Padel Central.

I discovered this sport 3 years ago and no way to play in the Lyon region… But that was before. Because now 15 minutes from home, I have the Padel Central.

Laurent, owner of the place, to whom I would insult if I compared it to Santa Claus as he is slender, makes the visit starting with the RDC: A short of simple (to play 1 against 1), 4 short of usual doubles, state-of-the-art flooring with latest generation LED lighting, spacious locker rooms and relaxation area in the middle of the courts.

Okay, there are two badminton courts but it was not on my Santa Claus list. I take anyway!

Upstairs, a huge bar with mezzanine overlooking the courts. We imagine already sipping a half in moderation (or not ...) watching the games on the floor below. In the background, another badminton court. To the left of the bar, the proshop, snowshoes and bags of well-known and performing brands. The club is just magical as at Christmas!

Laurent tells me about meeting rooms and seminars but I admit, my mind remained on the ground floor ....

In the Lyonnais padelistic calendar, Christmas falls on August 22 at 17 p.m., the day and time of the opening of Padel Central Lyon, and for once, Santa Claus will be present and delighted to see many of you unwrap your gift! Maybe he'll even buy you a drink after your game… Well, if he really exists….

Merry Christmas, or rather, Merry Padel !

[author image = ”https://padelmagazine.fr/wp-content/uploads/2014/08/jerome-becasset.jpg”] Jérôme Becasset is one of the loyal readers of Padel Magazine. Player and passionate about this sport, he tells us about his padel epics in France, Spain and elsewhere. [/ Author]