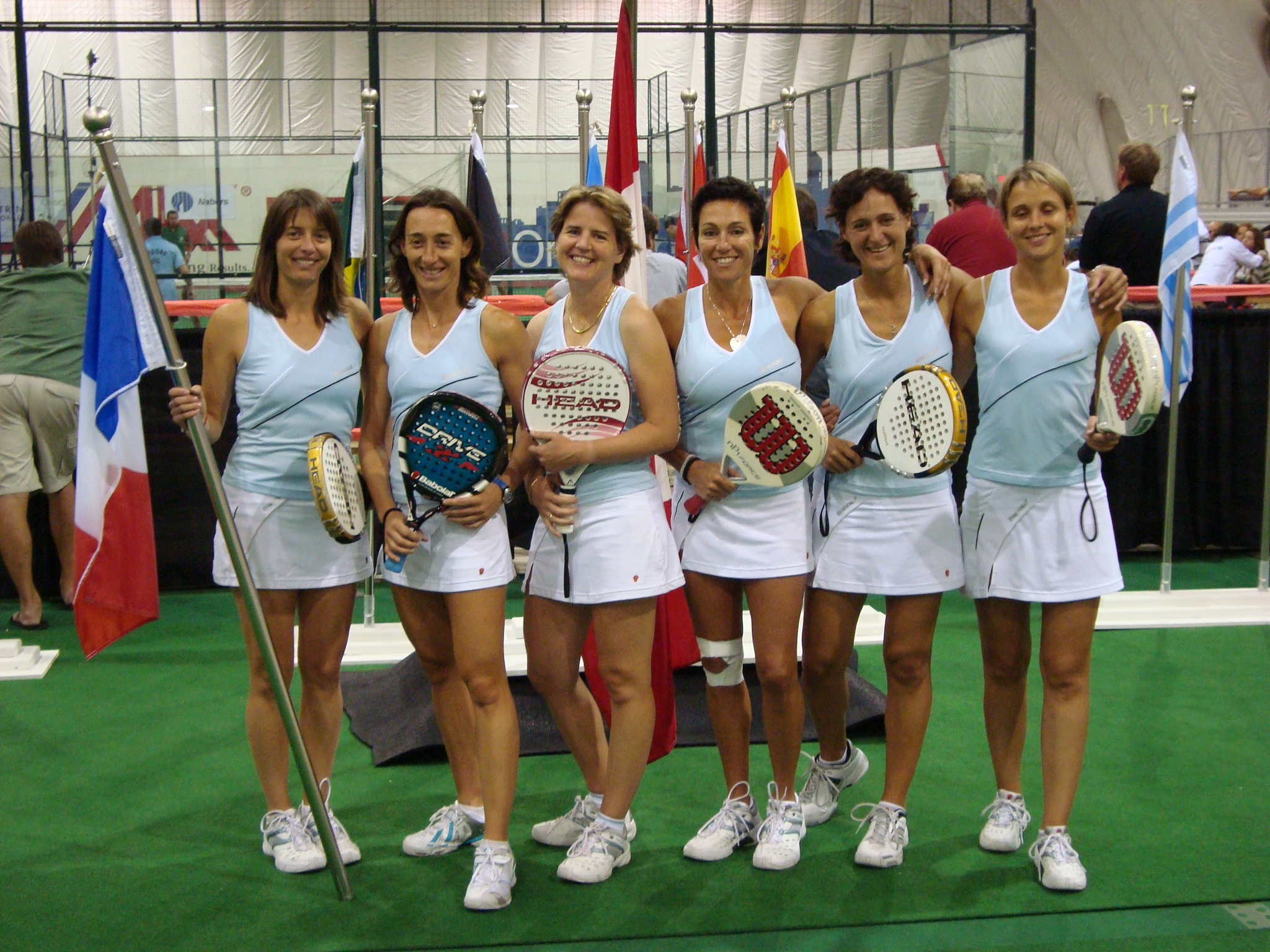 Team Padel Magazine is made up of enthusiasts of padel. Each in their own way gives time to this magazine to promote the padel and provide you with information on the padel national and international. Discover all the speakers on the first site of padel french: PADEL MAGAZINE.
Nicolas Binisti[: I discovered this sport with my brother at the Pyramids. Since then, I have become a great enthusiast. I have traveled a lot to train and have fun. From Aix-en-Provence to Perpignan, via Sophia, I always manage to get around where there is padel. It's a wonderful sport, a team sport and friendly, and this magazine of padel tailor-made by and for players should help this sport to develop. In any case, we are doing everything for. Do not hesitate to join us in this adventure by contacting us on Padel Magazine or on our facebook page: https://www.facebook.com/PadelMagazine

Kristina Clément: I discovered the padel by agreeing to be a driver for the Fed Cup in July 2006 in my club in Cagnes sur Mer. Two years later, I found myself competing in my first world championship. padel… Who could believe it? It all started with a great meeting with the physiotherapist of the French Fed Cup (tennis) team where he told me, at the end of 2007, to look for a partner for his wife Karin at the padel with the aim of participating in the next world padel in Calgary… At the beginning of 2008, I landed on the courts of padel of the Set Club in Aix en Provence and began training with Karin… In 2008 and 2010, we reached a great 4th place in the world, ie the best places ever reached at the time (in 2006, France had finished 6th) and we became the first amateur nation behind the 3 professional nations of Spain, Argentina and Brazil. In 2012 in Cancun, we obtained the first world medal for France in Padel. Recently, I take care of the new club of padel in Beausoleil, Le Royal Riviera Padel Club

Emmanuel Tecles: EPS teacher, I discovered the padel in staps but actually started playing 4 years ago. Since I have totally devoted myself to this fabulous sport. It has become a real passion which gives the motivation to travel to all the national tournaments… the goal is to have fun… And then little by little we make real friends. Because the padelWe cannot say it enough, it is a team sport but also a communication sport; it necessarily brings people together. So, each time, getting together allows you to have fun together. The padel also allows me to photograph…. Be careful, I am never far to take a picture of you so be on your guard!

Franck Binisti: I discovered the padel at the Pyramides (78) 5 or 6 years ago. But serious health issues kept me out of the sport for a few years. The padel saved me since failing to resume tennis and squash, I was able to do sport again by playing padel. My many trips to Spain have allowed me to learn a lot about this sport. I trained, materialized moreover by a monitor of the Madrid federation, and it is through these trips that I fell in love with this sport. I still play at the Pyramides club. But the weather doesn't allow us to play for a good part of the year. So, we go to the south of France or Spain. Our goal: to develop this sport in France.

Clement Forget: I play padel for a big decade and I'm crazy about it. I try to play whenever I can, especially in the Set Club. I have participated in many competitions of padel and have a great experience of padel International. I offer technical oriented articles, but also on international news from padel which makes this sport even more exciting!

Frédéric Bertucat-Martinez: I am very passionate about padel. Certain that the padel in France one day or another will explode, I try to bring my experience and my skills through Padel Magazine, the first site of padel in France. Frenchman living in Madrid for more than 10 years, the padel this is my world and has been working in it for over 10 years. From my studies, the yellow ball was the center of my concerns since I studied at La Sorbonne (Paris I) on the History of the Evolution of Tennis Equipment. This led to freelancing for Tennis Magazine in the Equipment section, then to Decathlon as Tennis product manager and Padel then director of international development at Vision /Padel Lobb. Padel Magazine is a huge opportunity for France but also for French-speaking countries. All with Padel Magazine and padel French!

Clément Arico: Snowshoe sport enthusiast, turned player and passionate about Padel for 7 years, I first did 15 years of tennis at a low level then I discovered this sport when I arrived in Toulouse, I immediately hooked because of its fun, friendly aspect and of course the competitive side . I have done most of the national tournaments in the South of France, whether in Toulouse, Marseille, Aix, Nice, or more recently in Perpignan. I also did a few tournaments in Spain or even in Morocco. The padel has been taking off since 2012/2013. Padel Magazine can only improve this sport.A big fan of this sport, I want to bring my experience, my motivation and my desire to this great site that is Padel Magazine and therefore at padel !!

Laurent Single: Because it is always nice to have a Belgian on duty in your team “once”, I join  Padel Magazine in order to provide information related to current events Padel from the Plat Pays. Passionate about sport since 2006, I was part of the Belgian national team. My reference match? A 6/0 double against Mieres: p. I am no longer part of the typical team, but continue to train with them. I will therefore feed the magazine with the news of padel Belgian and with a focus on my “national team”.