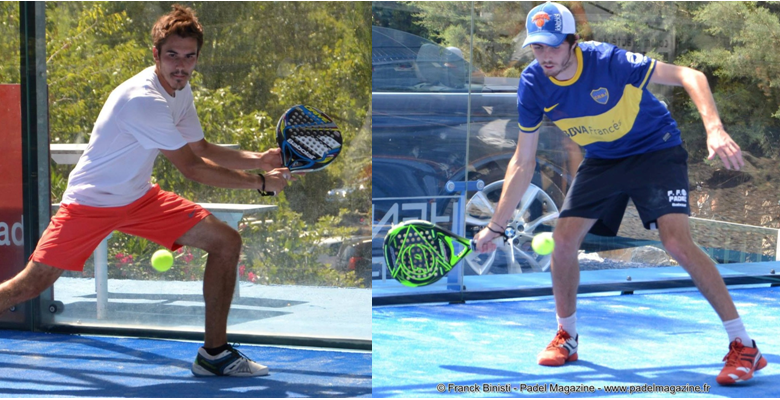 Padel Magazine - Aurélien Grandmont and Julien Lacroix, the padel managers of the famous St Cyr club, give us some of their time to present their padel club to us, tell us their story around padel and their goals.

How did you discover the padel?
Aurélien: I work with Jean Michel, the brother of Jean Marc who manages the TCM and he offered to come try. Playing tennis since small and wanting to diversify my racket strokes, the padel was a good compromise with the friendliness and more .Du I hooked very well and I brought friends with whom we tried to progress in watching videos on the internet and taking good roustes in tournament.

Julien: I discovered the Padel in 2011 thanks to Aurélien and Matthieu Abautret who had been playing at TCM for some time. We were together 24 hours a day and even though I had more of my head in the handlebars than they did in tennis at the time, I let myself be tempted after a while and I never won!

How many members do you have in your club?

Julien: In St Cyr we have around thirty players from Padel (I speak in terms of players because the padel section is confused with tennis, “members” can play tennis and padel) but the “summer transfer window” should bring us additional ones for next year.

Aurélien: Yes it is difficult to give a precise figure because some of our tennis players are also padel players.

How did this club get into the padel?

Julien: This club hosted a Padel for the 2004 world championship with a first impetus and players who were among the best French but who have moved away from the competitions because of tensions with the federation. Fallen into oblivion since with very few regular players, we have been trying for 2 years with Aurélien to boost padel in Saint Cyr.

Aurélien: To develop and be the driving force of the padel in the var. There are many clubs in the Bouches du Rhône with Marseille, Cassis, Aix ... But in the Var there is not much. Today we are dependent on tennis, which works very well. If the padel works relatively well at home, we are not helped by the administrative situation of France. It is still difficult to make young people want to play for this sport because there is not much help.

Julien: We hope to discover this sport so playful and addictive to more people. We will be able next year to offer evening group lessons throughout the year thanks to the lights that have been installed this year which will surely allow us to retain our players and attract others.

We also want to maintain the competitive level present at home, since 5 of our best players were part of the last "championship of France" or "Master" and wear our colors as far as possible in different tournaments.

Finally we aim, in the medium term, to accommodate at least one extra court, which would greatly promote the promotion of the padel and go I think of pair with its development in our club.

There is a beautiful event happening, can you tell us more?

Our tournament will be held the 12-13-14 July with the qualifiers for the regional players the previous weekend and I hope that its unfolding will be a success like last year, on and off the field.To learn more, you have all the information on the following link: