Padel Magazine - The Akkeron ORO is a pro racquet. Be careful not to put in all hands because you have to be able to tame the fire ...

It's a well-shaped racquet with a good balance. What will surprise first is perhaps this form of rigidity certainly linked to the sieve padel racket. We feel a great responsiveness and racket in hand, we confirm that this is the case. If this racket is well controlled, we would tend to look at including its power and the ability of the racket to print the effects. La Oro does everything better than its predecessor ...

Make the right move otherwise the racket will not forgive you necessarily your approximations. Indeed, it is a rather demanding racket, which does not forgive an imperfect technique. On the other hand, for those who master ... this racket can be your ultimate weapon!

Akkeron gives us a very interesting copy with a racket for technicians, sometimes forgotten brands. They will not be able to say that they are this time forgotten!

We tested it for over a month. These tests were conducted by several participants. Conclusion: the technical players appreciate it enormously, beginners are less passionate.

The quality of the racket looks excellent because despite the blows on the racket by some testers, despite a not necessarily excellent level, the racket is gone to last ... In short we are not ready to break it ... Good because more and more more paddle rackets tend to break rather quickly. This is not the case for this racket.

The price of the racket is high but the merit ... The ORO is a bombshell but not to put in all hands! 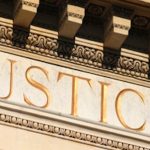 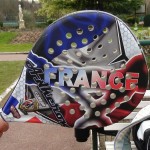