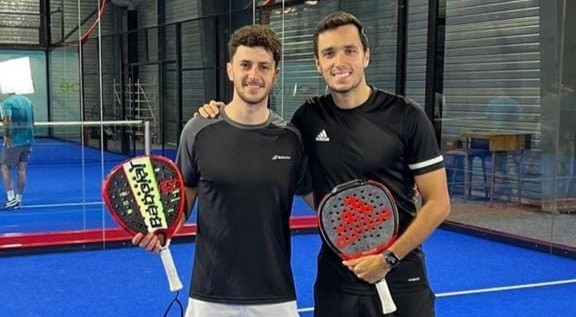 Passing through Paris, the players of World Padel Tour Miguel Semmler and Ale Galan took the opportunity to hit the ball at Padel Horizon.

Several players from World Padel Tour traveled to Paris, the city of romance, to celebrate Valentine's Day. The photos in front of Notre-Dâme or the Eiffel Tower have multiplied, with in particular Martita Ortega, Paquito Navarro, and so Ale Galan et Miguel Semmler.

As we have seen in an Instagram story of the world number 1, the latter and his compatriot, 43rd in the ranking of the World Padel Tour probably had ants in their legs after these days of visits and they took the opportunity to hit the ball in a club in the region: Padel Horizon.

Located in Sucy-en-Brie, in the 94, this multi-racket center which has six tracks of padel covered, was obviously delighted to receive these two stars of the padel worldwide!