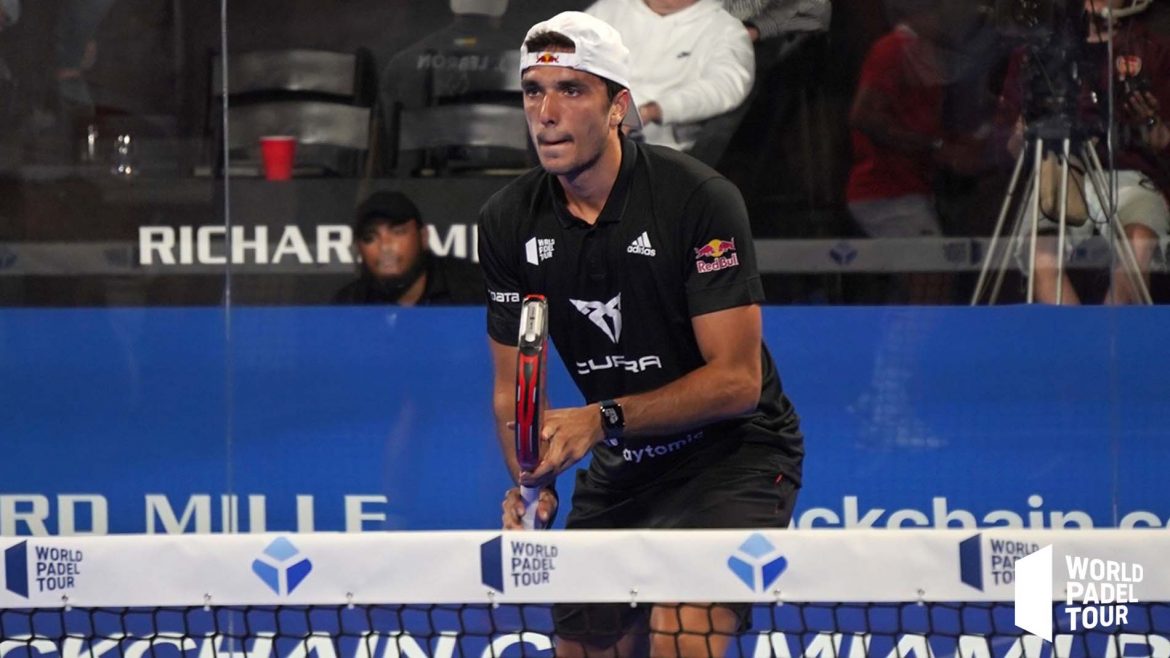 The tension between the World Padel Tour and the president of the association of professional players of padel PPP, Alejandro galan no longer needs to be demonstrated.

Indeed it is via his Instagram account that the world number 1 has returned to the incidents that happened when they met against the pair Garrido–Campagnolo.

It was through a fiery open letter that the Madrid native did not hesitate to express his sadness about this situation which he considers shameful.

First of all, it is important to set the context. Ale Galan is the president of PPA and he is in conflict with the World Padel Tour for several weeks, as it supports the FIP/QSI circuit. The world number 1 has risen against the WPT and the events that occurred yesterday should not ease the tensions between the two parties, quite the contrary...

Let's get to the facts. It is Thursday, February 24, and the world numbers 1 meet for their match of 1/8th final the pair formed by Javi Garrido and Lucas Campagnolo.

While Ale Galan and Juan Lebron started the game perfectly, it was the outsiders of the day who managed to reverse the trend and win 6-2 / 1-6 / 3-6.

During the game, the World Champions were insulted by some members of the public. Overflows which generated two interrupts and which, as Nallé Grinda explained to us, the tournament director, forced event security to intervene.

After Juan LeBron, it is now the turn of his teammate to express himself on social networks.

“We ask for respect for the players and for the sport”

“For me today is a very sad day, one because we lost and I take this opportunity to congratulate Javi (Garrido) and Lucas (Campagnolo) again who were better than us on the track. But above all a sad day for the padel.

Today a certain group of the public allowed themselves to behave outrageously and hurl insults directly at my partner and myself.

Of course it is a sport and we have to learn to live with this pressure because of our status as professional athletes. However, I think there are lines that should not be crossed.

It's a pity that we have to use social networks to communicate about this kind of problem because when we talk about it with the World Padel Tour (both in writing and personally) we have never listened to each other and remain without a response from them.

We ask for respect for the players and the sport.”[...]

“I think the WPT fell short”

The Madrid native was keen to point out what for him is a lack of correctness from the WPT.

He also complains that the organizers decided to put on a show when the match was supposed to start and that the match was delayed, forcing the players to warm up three times, which he says is not advisable. when you are injured.

The number one then returns to the events that occurred during the match.

“We suffered from a great lack of respect during the game. We went to see the player who knew the spectators in question as well as the referee. We also went to see the WPT to ask them before joining the track to take measures to protect the players against this kind of situation.

Once the match started again, because we wanted to continue the meeting, insults were repeated during a video review request. This time it came from a local player who had been given a Wild Card.

We turned once again against the referee who, although he agreed with us, could not make any decision. The organizers also did not respond to our requests.

Unfortunately the padel does not yet fill stadiums with 80 people, which makes it much easier for us to identify people who insult us. Fortunately there are only a few of them and the padel is still a gentlemen's sport in which we all respect each other, whether inside the court or in the stands.

However, we are not supported and measures will have to be taken to solve these problems.[...]

I will add that the day before during the Wild Card match a certain lack of respect had been observed towards other colleagues in the profession. And the Speaker (member of the organization) demonstrated throughout the match his position regarding the team he supported, forgetting any principle of neutrality. […]

That's why I think the WPT has not been up to the task of letting this kind of abuse happen.

As a gamer and enthusiast padel I ask for an urgent change and that this kind of events cannot happen again for the good of our sport.[...]

For my part, I am going home sad because of this defeat and the situation we have experienced, but above all with the idea of ​​training and improving myself in order to be ready for the next tournament.

You can of course find the letter in its entirety (in Spanish) on le Instagram account of Alejandro Galan.