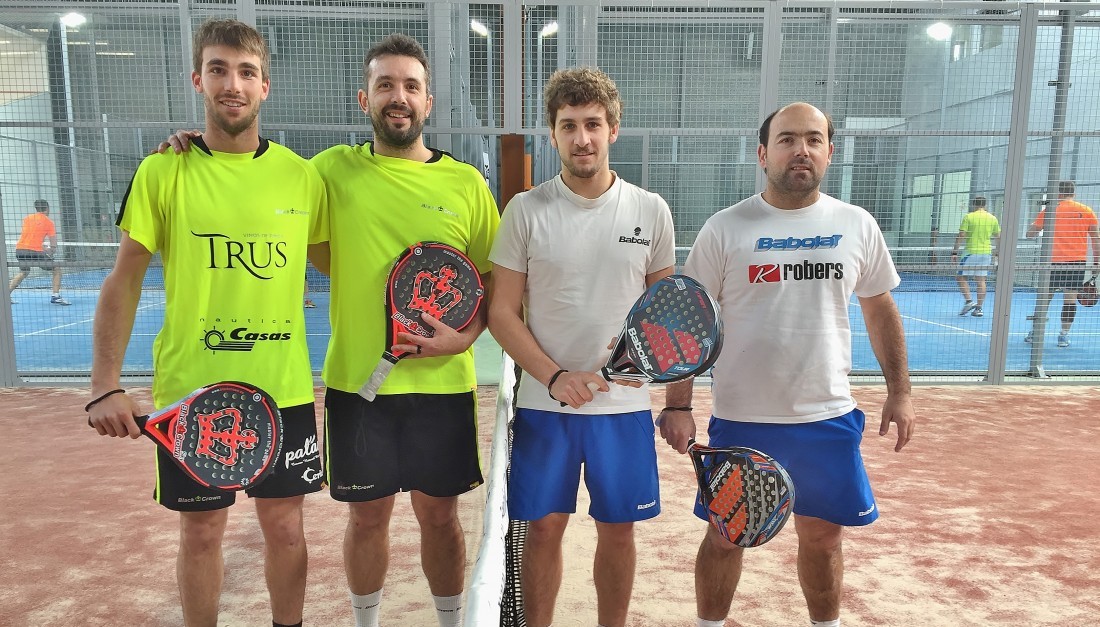 For this 3e edition, pairs have come from all over Europe to offer a very beautiful show.

The pairs to watch were Spanish. And we did well, since like last year at Padel Club de Lyon, Alfonso Zayas and Pedro Echarri won against the Franco-Spanish pair, Emmanuel Tecles and Aitor Garcia.

The Spanish 100% pair was clearly above everyone else. Despite a surprising resistance of the Lille pair Thomas Dulion and Johan Romanowski in the final stages which never stops to surprise each of his appearances.

In the final, the only French of this final, Emmanuel Tecles clearly had a breakdown of the game. And all this is understandable because during 2 days, the opponents will not stop using it without however find the flaw. A huge Tecles, physically and technically perfectly adjusted while he was sick! What about the albatross, Aitor Garcia capable of totally improbable blows.

But in front, the Spanish pair was too solid, too physically preserved to let hope for any weakness. 2 artists on the pista de padel. Despite their light size, they were able to get out of the shots impossible to bring back. They also abused finesse, small blows in the feet ...

In the final of the 2e pool, the pair Lyon Justin Lopez and François Authier won against the Spanish pair Pipo Conde and Angel Ingles. Despite a blow to the face in the semifinals, Justin Lopez returned to the fight in the final without giving any chance to the Spaniards.