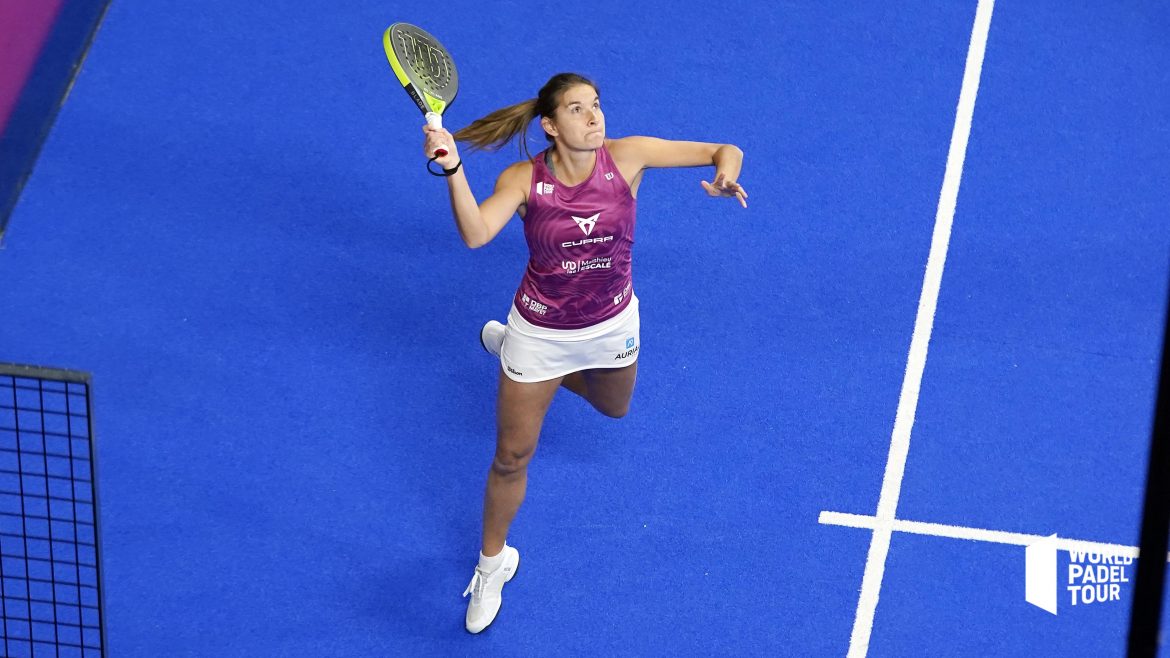 After the superb victory of the Castello/Collombon pair against Tamara Icardo and Delfi Brea during the round of 8 of the WPT Brussels Open, the Frenchwoman looks back on this performance.

"A hard-fought game. A very hard match, which lasted almost 3 hours. I end up with cramps (laughs), there I feel all the emotion and fatigue. We made a very big 1st set which we won 6-3. We're also starting the second very well, but we have a little air gap physically I think, and then they too have raised their level of play. loses the set 2-5. In the 1rd we get broken at 5-4, we break the next game. Despite that, we were very solid at the end of the match, with a lot of puntos de oro and hotly contested points. It was really a match with a lot of emotion and very physical. The conditions were very slow, so we had to be patient and hold on mentally and that's what we managed to do. We are very happy with this result."

Lucid, Alix talks about the match tomorrow, against the seed 5:

“The quarter-final will be against Marta (Marrero) and Lucia (Sainz), who had a very big game too and who will surely be tired as well. It will be a nice match but obviously very hard. We still have our chances, but a great battle awaits us.

We know them very well, we often train with them. We'll see how it goes but we approach the meeting quite calmly, we try not to project ourselves too much and to take the matches one after the other.

She also did a little analysis of her start to the season with her comp Jessica Castello:

“We had 2-3 somewhat complicated tournaments with Jess' (Jessica Castello), but sometimes it's not enough and in this tournament we managed to develop a very good level of play, so I'm very happy. »

The quarter-final will be free to watch at 10 a.m. this Friday on World Padel Tour TV.