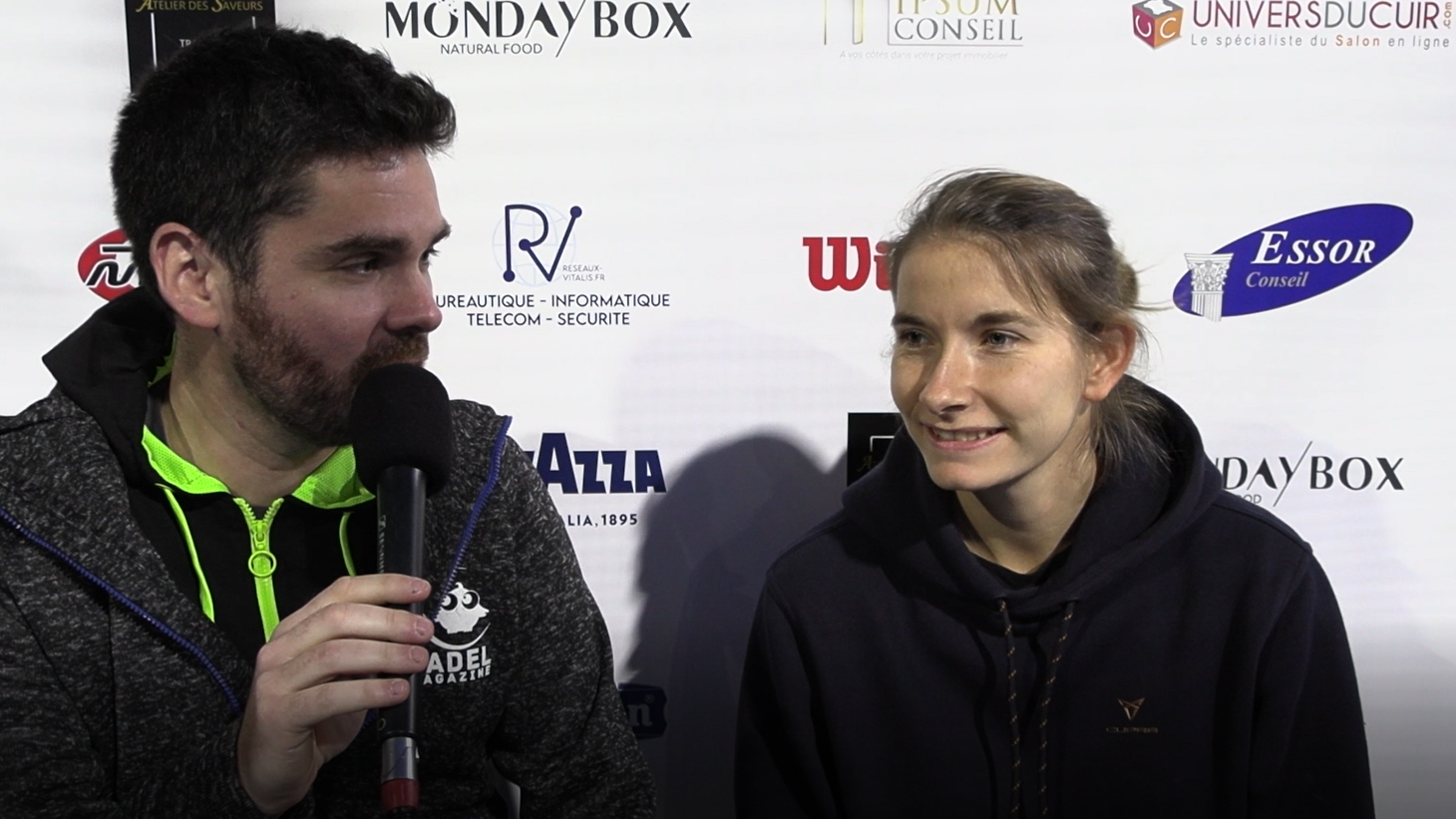 On the occasion of the P2000 which took place last weekend in the fabulous club of Padel Skyline in Sucy en Brie, Padel Magazine was able to speak with the French number 1, Alix Collombon.

At our microphone, the Lyonnaise returned to several current topics such as the famous “golden point” which still divides, but also on the reasons for the absence of the ladies during the Premier Padel from Doha.

In particular, she explains to us the relationships that the players have with the World Padel Tour and the governing bodies of QSI.

“I am for the Punto de Oro”

“I got used to the Punto de Oro and to be honest I like it, I think it makes the matches shorter and we have to be always focused because all the points count, it can go very quickly.

Afterwards, it's true that when you play with this counting system against very strong pairs, it's often these points that make the difference. In Alicante we lost 6/3 – 6/2 by playing a good match but we lost too many decisive points and at this level it is paid for in cash.

If we (the ladies) had played Premier Padel of Doha, I would have voted “Punto de Oro”. And I believe that all French voted that. It's true that at first I wasn't necessarily for it like most players, but you get used to it and casually the matches are shorter. It's interesting because we play a lot of matches during the year and personally I like this formula.

As a player I think we have to be focused at all times but as a viewer it's very interesting because it's spectacular, there's tension".

“To change, it has to be more interesting”

The Lyonnaise explained the reason for the absence of the ladies during the first major tournament made in QSI.

“The objective for the organizers was to have the boys and the girls. If the players were not present, it is above all that we want to take our time during these negotiations.

We know that we have a contract with the WPT until the end of 2023 and we are in a position where we want to negotiate the best things for us. We have not yet signed with Nasser al-Khelaïfi and QSI for this circuit. That's why we weren't there.

It is absolutely not a choice of Nasser. Of course he wants to have the girls on the circuit. It's a matter of timing. For the moment it is not done but maybe it will be done in the middle of the year or when we will have finished with the World Padel Tour. Currently we are in a position of strength and we are trying to negotiate the best conditions for us.

Remember that the Spanish circuit recently decided to offer the same prize money to women as to men.

“We are not stupid and we know that it was done to annoy the boys, but hey, we take advantage of it. It is true that we did not expect it because the World Padel Tour didn't tell us about it at all.

And that's why now we can negotiate the best conditions with QSI. The reality is that without counting the grand slams proposed by Nasser in which the prize-money is very good, Nasser's proposal for so-called “future” tournaments is not much above that of the WPT.
Why change something that works, the WPT has an image, its spectators…so that's why if we have to change it has to be really more interesting.

Especially since the major problem today is that we all want to see the contract before signing it, which is not the case. You have to understand that this would commit over 25 years, which is not nothing.”

"The boys are going to have a very busy year, they are going to have to be physically ready If we too have come to play on the circuit (note Premier Padel) we will have to be ready. Likewise we adapt to the rules and if tomorrow we are asked to play with the advantages we will return to this system and we will have to get used to it again during training and matches. It's just a matter of adaptation".

“The stronger the tournament, the better for us”

Alix came back to this P2000 as well as on the new pairs present during this first major tournament of the year.

Indeed this competition was an opportunity to see familiar faces on the slopes. Of course we are thinking of Jessica Ginier, former partner by Alix Collombon with whom she has shared the top spot in the rankings in recent years.

We pointed out to the young player that this year new teams had also been formed.

“The harder and more intense the games, the better it is for us to stay on the pace. We are competitive and we like to win when it's hard.

The objective of this tournament will of course be to win it, but it is true that there are quite a few interesting pairs. I'm super happy to find Jess. She comes back sooner than expected. “

Watch the full interview in the following video.