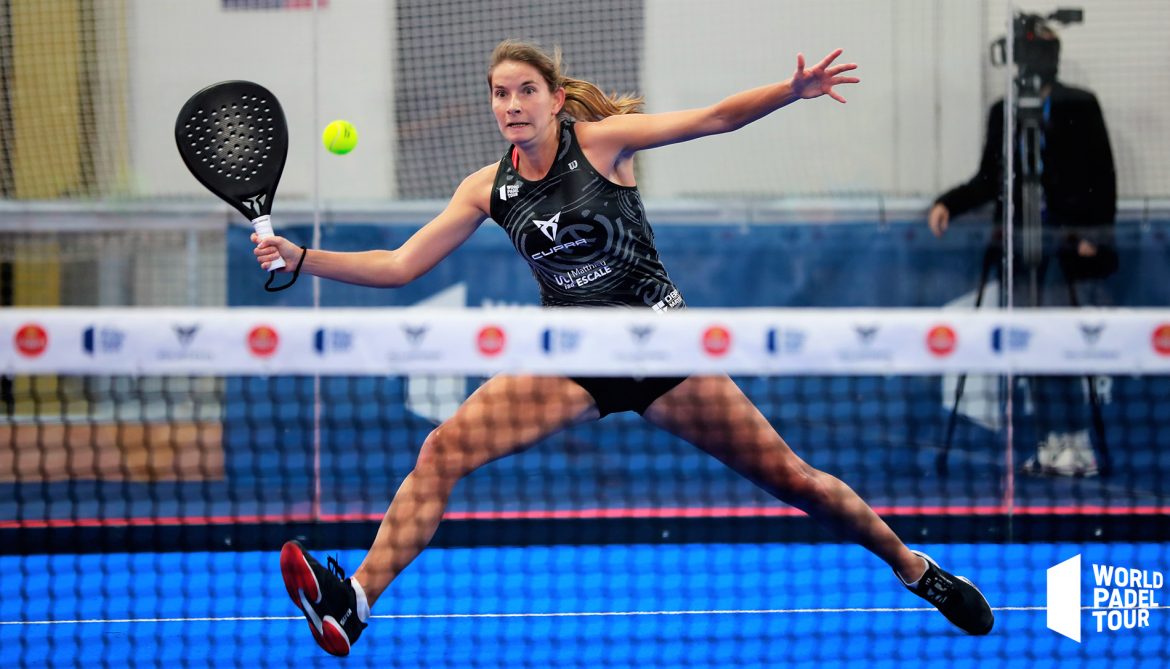 Thanks to their victory against Marta Talavan and Nuria Rodriguez this morning in the round of XNUMX, Alix Collombon and Jessica Castello are one win away from playing their very first semi-final on a WPT Open. With the surprises that there were in their part of the table, they could reach the last four without having faced the slightest seed. The perfect opportunity? Alix answers us before tomorrow's match against Las Heras / Virseda.

The stars aligned to make a semi-final?

“Yes they are aligned but we take game after game as we have done since the start of the season.
Barbara Las Heras and Vero Virseda just won against Marta Marrero and Lucia Sainz, they are in a good moment too. The last two times we played against them, we lost but I'm hopeful that tomorrow we'll be able to reverse the trend! This is obviously the goal!
I'm in the mentality where I tell myself that tomorrow is a new opportunity to go even further in the table. But every tournament is an opportunity!

“I know for most people it's the chance of the century to make a semi-final but I don't think about that. I'm thinking of playing my match point by point, giving everything, of course doing everything to win and hoping that there will be some very good news at the end! This is one of the areas that I worked on the most mentally with Pier Gauthier and I want to be in the same mentality tomorrow.

Both times we played them (FIP Gold Milan final and WPT Sweden Open round of XNUMX) we lost in three sets so it's a very open match on paper!”

The meeting, which will take place tomorrow at 10:00 a.m., will unfortunately not be broadcast. On the other hand, it will be possible to follow the score via the “Marcador of the WPT”.