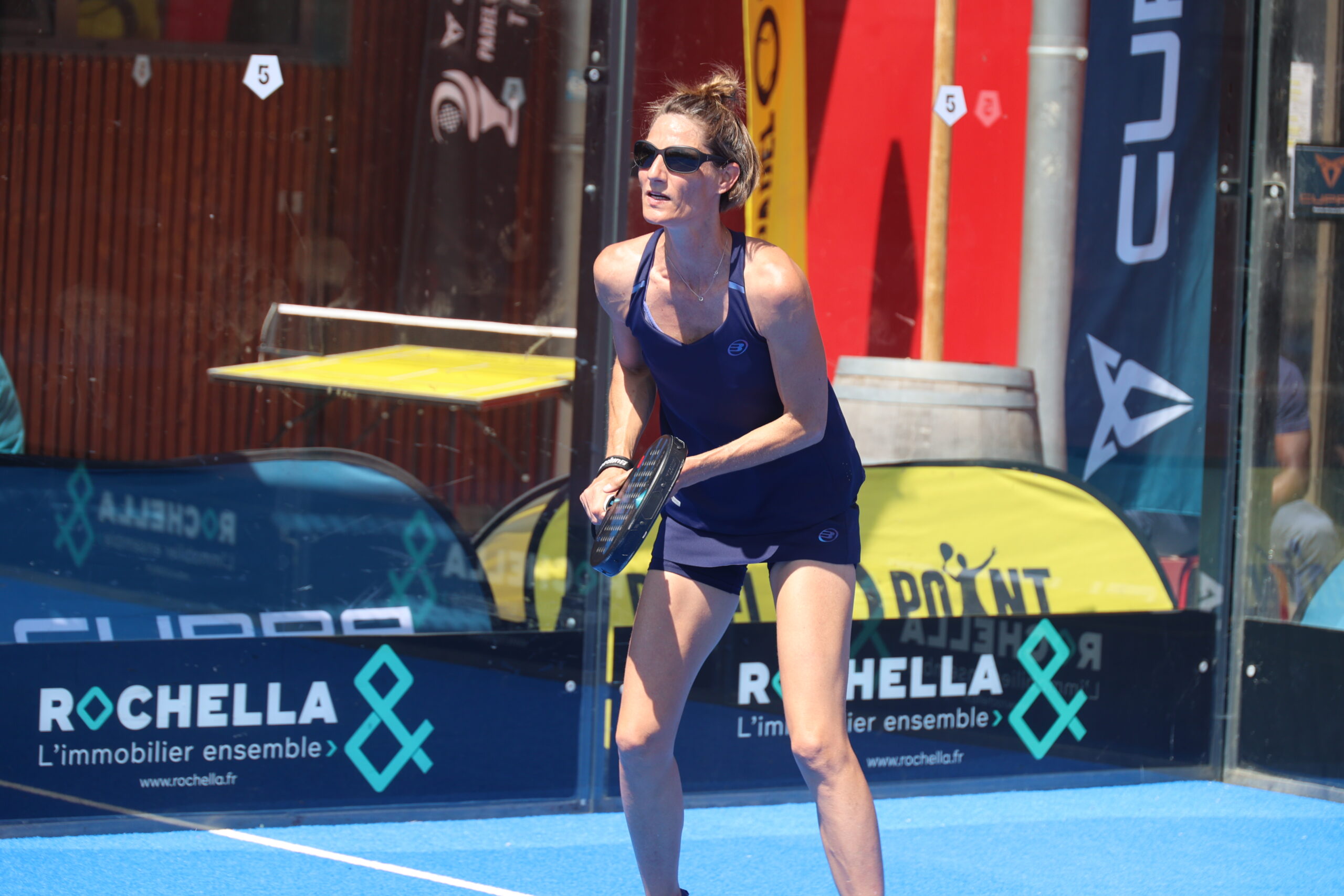 Amélie Détrivière present during the Cupra Padel-Point Tour La Rochelle delivered without filter on its collaboration with Mélissa Martin, the France team or even the competition on the French women's circuit.

Mas P2000: “We played a very fierce final against Laura and Fiona”

Padel Magazine : You won the Mas P2000 in Perpignan with Mélissa (Martin). I wanted to come back with you on your feelings when you arrived there. Did you set yourself a "final four" or final victory objective? Or was this victory built over time?

Amelie Detriviere : “In fact it was the first time that Léa and Alix did not participate, so that meant that it was very open. I learned about it very shortly before so we hadn't necessarily set very specific objectives with Mélissa. We took the matches one after the other, we had a good picture it must be said. We faced players I didn't know so it was good to discover other pairs and then it's true that we played well.

We played a very fierce final against Fiona and Laura, a great result for us. We were super happy of course, we didn't have a super specific goal at the start, we tried to play well and that's what worked! »

Playing with Mélissa on the international circuit? “I think we will succeed in achieving this this summer”

Padel Magazine : Compared to your collaboration with Mélissa, what was the key to this success since you won a P2000, which is not nothing. Does this make you think about the idea of ​​playing together on the international circuit in the near or distant future?

Amelie Detriviere : “Well, I would like to (laughs)! In any case, we don't necessarily have the same schedules, it's a little more complicated for me to free myself. It's true that we always play well together. We have been associated since my debut during the European championships and I have always felt very good with Mélissa. We don't train together but each time we meet at tournaments, we manage to have a good chemistry. And then this summer it's a little more open, there are a few tournaments looming and I would like us to try that together. We discussed it like that, but without really making things happen. I think that we will succeed in concretizing that this summer. »

"After Qatar I thought it was my last selection.."

Padel Magazine : Is it an ambition for you to join the France team, in this year of world championships?

Amelie Detriviere: “After Qatar honestly I thought it was my last selection. So I started the year telling myself that it was over, even though I knew that I was still among the selectable. And then, since the appointments follow one another well for us, and that I find that I do not play too badly, I say to myself that why not.

Obviously the decision is not me who makes it, there are still a lot of things that will happen before it is really serious […] in any case before the selection is defined. But for the moment it's going pretty well, in any case I would like to (join the France group again)! As much at the beginning of the year I told myself that there was no way, now I tell myself that there may be a way. »

“Girls are more and more competitive”

Padel Magazine : Compared to the French circuit, we know that at present Alix and Léa are above the lot. But do you think that Mélissa and you could position yourself as the second French pair?

Amelie Detriviere : “In fact the girls who are behind Léa and Alix are of a very homogeneous level. That's why when you look at the quarters, halves and finals of the P2000 it's still very attached. We all have our place I think, there is not really a pair that stands out. Everything is still possible.

It's good, the girls are more and more competitive, so we'll see what happens in the next two P2000s and the French championships. »

Padel Magazine : Compared to the Cupra Padel-Point Tour, is it an event that you would like to do again as a “guest” or in the management like Mélissa can do on the PRO-AM sessions or the activities with the children?

Amelie Detriviere "Oh absolutely! Because I think it's great, there are really people. People love it, and only ask for one thing: to have advice here and there. I do not have the possibility of freeing myself on a very regular basis, but punctually with great pleasure. People are super happy and that's the main thing, that's what we want. These are great events where I would like to invest myself a little more, that's for sure. »