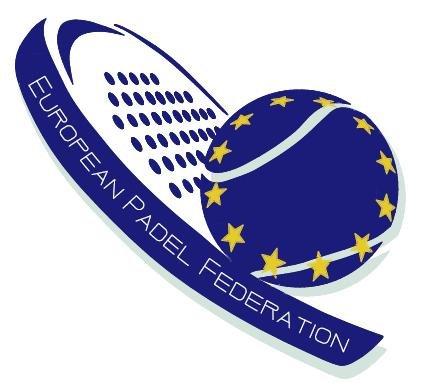 FIP and EPF are what padel FIFA and UEFA are for football. [/ Box]

Padel Magazine - Padel Magazine offers you an exclusive interview with Ana Basterreche, president of the brand new European Federation of padel. What are its goals and ambitions? The president tells us everything.

* Can you present and tell your story in the padel before becoming the President of the European Padel Federation (EPF)?

Since 1997, the date when the Spanish Federation was created, until today, I have been a member of the board of directors, fulfilling different functions, including that of first vice-president, I was the breeder young people (from 10 to 18 years old) for three years (1998-200) and director of the Youth World Championship held in Madrid in 2002. I worked actively, on behalf of the FEP, to create the World Youth Championship with Argentina and Mexico. As a player, I won several times the Spanish Championship in the Veterans category.

* When the European was created Padel Federation (EPF)? Who took the initiative?

The EPF was formed in May 2013, at the initiative of the Portuguese and Spanish federations. It was created to promote and develop padel in Europe.

* Who are the people who take care of it today? Which countries are present within the EPF?

The Steering Committee is made up of Vasco Costa (Portugal), Paul Nicholson (United Kingdom), Andrew Knox (Monaco), Thomas Löenegren (Germany) and Jamie Nicholls. In addition to Spain and Portugal which are the founding federations of the EPF, we hope for the immediate integration of Italy, which are the only European countries where the padel is recognized by governments and is an official sport. All other (countries) are welcome and ETH will work with them to ensure that the padel is developing in each of the countries.

* What are the short / medium term / long term objectives of the EPF? And what are the EPF's tools / resources to achieve this?

We want this beautiful sport to develop in Europe and for that it is necessary to create competitions at the continental level, to create circuits, to promote the teaching of padel, help in the creation of new clubs, etc.

* It seems that the International Padel Federation (FIP) did not recognize the EPF. Is this true and for what reasons?

Indeed, the FIP does not want to admit the EPF which rigorously fulfills the Statutes of the FIP even which nevertheless accepts the incorporation of new European countries which do not fulfill them. It is necessary to know that the FIP does not have a single European representative in its management committee, they are all Americans. Despite this incomprehensible decision, our will is to continue to fight for the European expansion of the padel, inside or outside the FIP.

*What are you going to do ? Is it really important and necessary for the EPF to be present within the FIP?

We will continue to promote the European padel. Without looking for confrontations with anyone, we will not allow the European padel to continue (to be) dead, we wish among other things to organize again the European Championship, which did not take place either in 2011 nor in 2013.

* As a player of the French Team, I was able to participate in the last European Championship which took place in 2009 in Lisbon. Since then, no more European championships have been organized.

We hope, as I just said, to recover the European Championship from now on. In fact, we are already working on his organization and we hope to complete it with a Circuit composed of tournaments in different European cities for which we already have a sponsor, although for the moment we can not give the name.

Is it the responsibility of the EPF to organize the European Championship now?

Without a doubt, the organization of the European Championship is the responsibility of the EPF.

* How is the padel in Europe (excluding Spain) and how do you see the situation in 5 years?

We start in a very positive way. Countries that have never experienced our sport have already built padel courts, as can be the case in Poland, Finland, Ireland, etc. Added to this is a very encouraging development in the countries that were already playing, such as France, Portugal, Italy or Great Britain.

* What kind of help can you bring to federations and clubs in Europe that would turn to you?

This help is part of the main objective of this federation. The first is to form groups or associations that serve to develop the padel in the country, so that the organization responsible for the sport of this country can recognize it as a federated sport, and for that the EPF can be a qualified counselor. In addition, for the clubs, we can offer support for the training of technicians / instructors, referees, etc., and so pass on all our experience in the organization of mini-leagues and tournaments.

* What do you think, with your vast experience within the VET, of the possible integration of padel within the French Tennis Federation? (Editor's note: in Spain, tennis and padel are represented by 2 distinct federations).

This is an internal problem of the organization of sport in each country. From the point of view of the EPF, both solutions are perfectly acceptable.

* What are your relations with France? With the National League of Padel and the French Federation of Padel ?

Currently, we maintain relations with all the representatives of the French padel.

* What must France do to experience the same expansion of padel than in Spain?

I think that France meets all the conditions necessary for the padel to expand rapidly. In my opinion, the creation of new clubs, the increase in the number of courts and the organization of tournaments are the key factors.

It would enchant me that France is in the possibility to become padel again the second European country in sports results, something that France has already reached (in the past) both in the young and adult category.