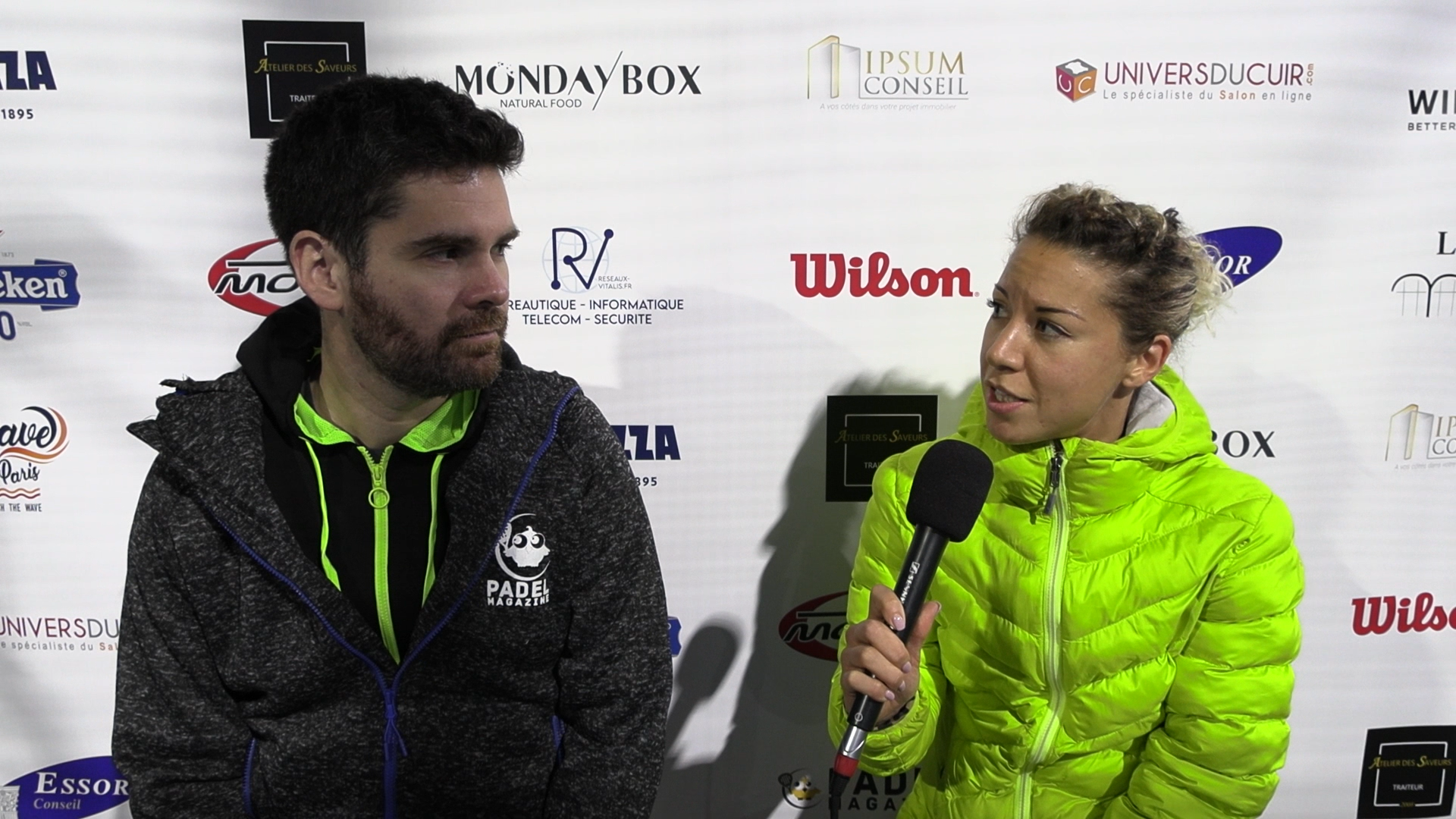 At the microphone Padel Mag, Anaïse Rivière (22nd French player in the ranking) took the time to answer our questions during the P2000 which is currently being played in Padel Horizon. Padel female, P2000 level as well as All In Lyon were on the program for this interview.

Padel Magazine : How was your tournament, were you qualifying today?

Anaïse River : “Look, we won the first match quite easily. The second unfortunately we bow against Oceane and Priscilla. The level is very high in the qualifications. A disappointment necessarily but not a good surprise. ”

Padel Magazine : What can you tell us about the evolution of tournaments, be it P1000 or P2000, and the level of padel feminine in general on the French circuit?

Anaïse River " I've been playing tournaments for 7-8 years padel, all I can tell you is that the level is very high. The P2000 now it's crazy, if you don't hold your ranking you can't reach the final table. So we have to go through the qualifications. There is the difficulty of finding your partner, it's really complicated because in each region there are always different rankings between girls, either different levels, or different availability… it becomes complicated to keep your ranking. "

Anaïse Riviere: “For once I find it completely unfair, which means that we find in qualification players who have the level to be in the table. Inevitably the level in qualifying is just improbable. This does not encourage girls to play tournaments. I had to do the tournament with a girl from my region called Allison, unfortunately for professional reasons she had to stop and she fell in the standings. We were on the waiting list but it was too complicated, she was super motivated to do the tournament, but as she was too far in the rankings it made it impossible for her to participate in the tournament. I find that it discourages and it's not necessarily good because it doesn't motivate the girls to invest more in the padel. "

“… After there are lots of positive things”

Padel Magazine : Despite that, do you still see things going in the right direction. More girls, more women's tournaments. Or do you think there is still a lot to do?

Anaïse River : “Oh, really! The female investment is more and more great, so that's great. There are a lot of positive things. Afterwards I think that we must also encourage the girls to be taken in tables like the P2000 to help them earn points. The level of some girls in the top 100 or 200 is not representative of their ranking. And that skews the thing a bit, and it doesn't encourage them. What is the easiest way to earn points? There is no solution. So we should help in that direction.

Padel Magazine : We saw in particular the tournament organized by JT, with a P1000 who was 100% female at the Big Padel Bordeaux. Were you there and have a say in that?

Anaïse River : “Yes I was there, a 1000% female P100 with an organization that was at the top. A newscast who was very caring with us, and besides, it would be great to redo this kind of 100% female tournament organization because the girls are invested in the padel. We all want to relive that, why not do it again in another club or in Bordeaux. But really it makes you want to redo a tournament of this type. “

Padel Magazine : So you play in Lyon, at the All In, which by the way does a lot of things for girls but there is no big women's tournament there yet. Would it be possible for a tournament of this kind to be organized within the All In?

Anaïse River : “I think we have to talk about it with the All In and Johan Bergeron, but I think it's playable and it would be really great! “