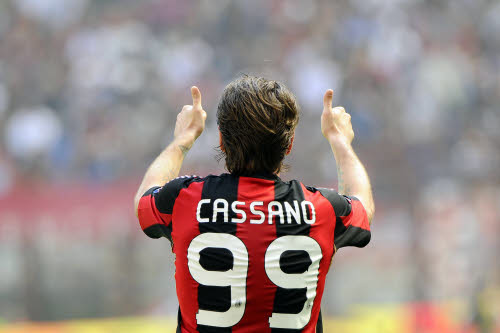 You probably rememberAntonio Cassano, the former Italian football international. Nasty during his career, he was often the protagonist of controversies post-game. He left no one indifferent by his sometimes a little borderline attitude.

Passed by Real Madrid, AS Roma, the two Milans or even Sampdoria, all his coaches have tried to assuage it to make it more efficient.

What neither of them has managed to do throughout the striker's career is ultimately the padel who got there ! No one at the time thought about padel to reach this goal !

"The padel made me humble ”, loose Cassano to our colleagues from Itasportpress. After these words, we can think that the padel can do anything, even the most unlikely things.

“I play minimum 3 hours a day", tells the native of Bari. We knew that le padel was very popular in the football world in Italy, but from there to make Cassano humble…

It remains to be seen if Zlatan Ibrahimovic benefits in turn from these new virtues of padel !