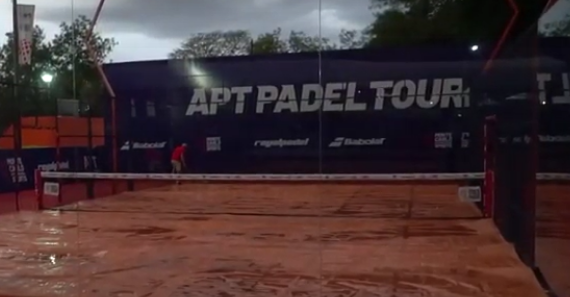 Two round of XNUMX of the APT Padel Tour Asuncion Open 2021 had to be postponed because of the rain which invited itself on the courts.

Only 6 of the 8 round of XNUMX scheduled for yesterday were able to take place. After a beautiful day of padel, under the sun, downpours fell on Asuncion, preventing the last two meetings from taking place.

If conditions allow, the remaining two sixteenths will take place today, before the start of the eighth. Late matches are 100% Paraguayan clash Gonzalez / Kuhner vs Fernandez / Adorno and the match between Scatena / Icardo Killers, Ferreyra / Knaus and young Spanish people Montalban / Pascual !

For the summaries of the sixteenths that took place, it's just below: