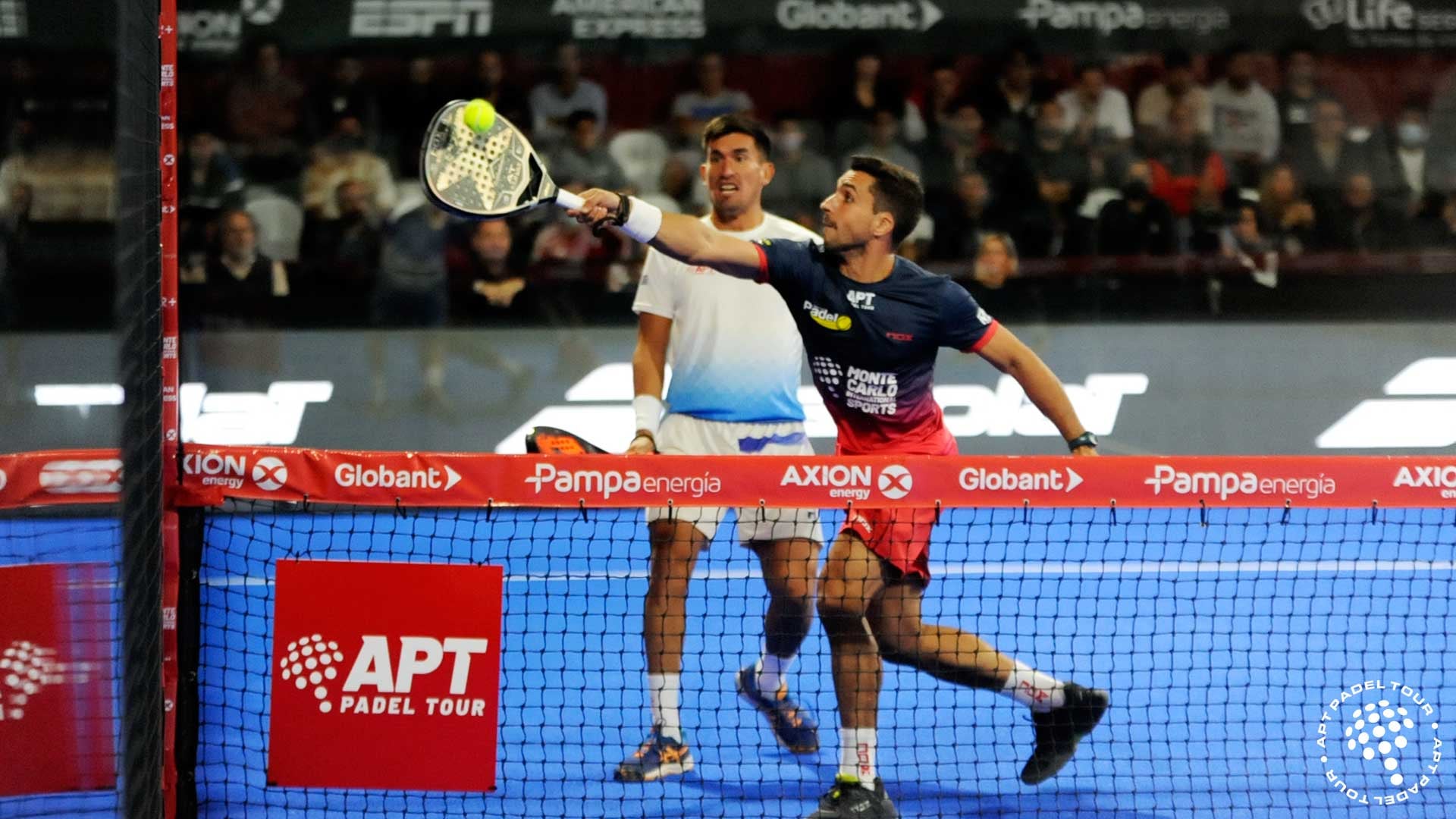 The quarter-finals of the APT Padel Tour Buenos Aires Masters gave their verdict yesterday and we will have great revenge in the semi-finals today.

The last square of the Buenos Aires Master of the APT Padel Tower looks very hot. On one side the numbers 1 Arce and Dal Bianco who had to fight a big fight yesterday against Aguirre/Torre (6/2 1/6 6/3), will have, as in the final in Asuncion, to face the very solid Andres Britos and Pablo Barrera. The latter once again released a seed yesterday, Julianoti / Quiles falling again against the Argentines: 6/4 6/4.

In the other part of the table, the numbers 2 Alfonso and Chiostri, who struggled to get rid of Ferreyra/Del Moral yesterday (4/6 6/3 6/2), will face a pair they corrected in Paraguay: Ramos/Restivo. But beware, after beating Flores / Pascoal two days ago, the Argentinian and the Uruguayan delivered another big performance in the quarter-finals. Victorious over the seeded 3 Melgratti / Oliveira in two sets (6/3 7/6), they arrive in the last four with full confidence and want to forget this 6/2 6/0 conceded against the former numbers 1 in Asuncion. We should therefore attend a completely different match this Saturday!