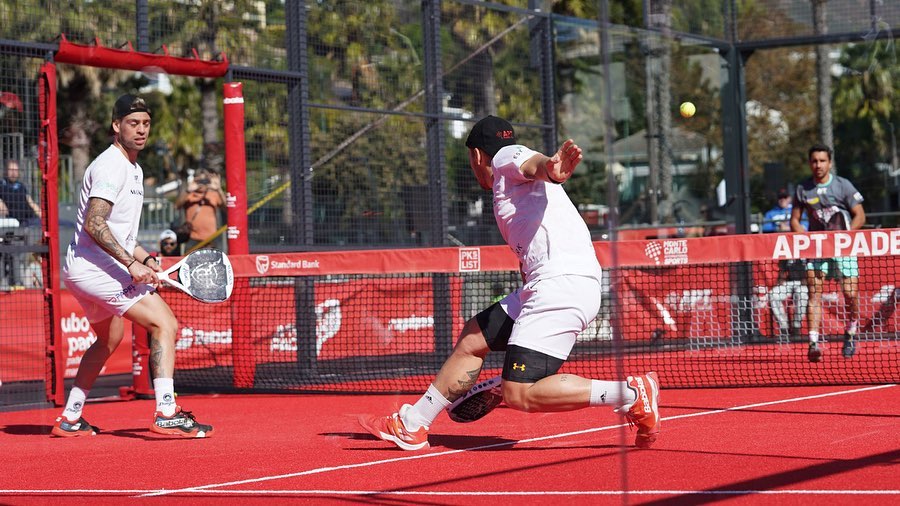 Fans have been waiting for it since the start of the season, the final between the pairs Alfonso / Chiostri and Arce / Dal Bianco will take place in Cape Town!

This will be the first clash between the two top-ranked duos in the APT Padel Tour this season. The fault largely to Andres Britos and Pablo Barrera, who were finalists in the first three tournaments of the circuit of Fabrice Pastor.

Today Barrera and Britos were beaten by Alfonso and Chiostri in a remix of the Monaco final. It's still a very big fight that these two pairs offered us, but this time, it was the number 2 in the ranking who won. Once again, the score reflects the fight there was on the track: 6/3 4/6 7/5.

After seeing their runners up in this semi-final, Maxi Arce and Franco Dal Bianco could not miss a chance to offer themselves a shock against those who could be described as their best enemies. Facing Melgratti and Oliveira, Maxi and Franco did the job to win 6/2 7/6 and find their way to the final.

Tomorrow is a very big match which we expect from 16:00 p.m. on the APT YouTube channel Padel Tour.