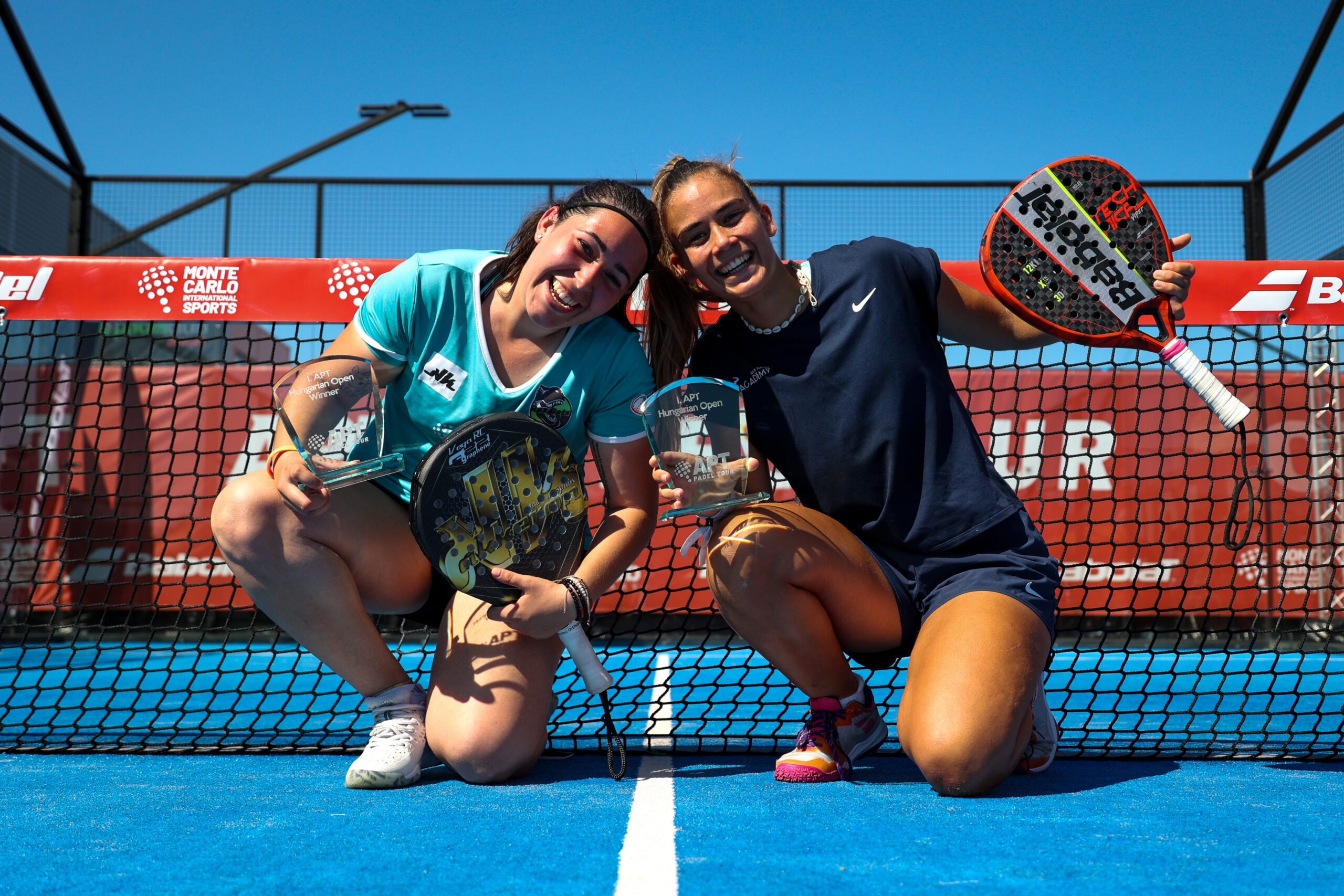 Patricia Martinez and Cristina Carrascosa proclaim themselves champions of theHungarian Open 2022. The Spaniards win a second consecutive title, and Carrascosa flies to the top of the APT ranking.

Battle on the center

The encounter begins with the two pairs going blow for blow. Baharak Soleymani and Ayla Behram are well in their final, which balances the debates.

But when Cristina Carrascosa and Patricia Martinez decide to speed up, they take a break. The game depends on the Spaniards who still have it under their feet. They take the first round 6/3.

In the second set, the Swedes intend to hurt their opponents. They play their best padel, but failed to convert a single one of the three break points they procured. Carrascosa and Soleymani exchange rather virulent celebrations.

The tension goes up another notch when Cristina shouts at her partner on the court “it's easy, just put the ball”. The Spaniards finally manage to make the break at the best time to conclude the match. 6/4

Asked about his rivalry with Soleymani, Carrascosa wanted to clear up the situation in his own way in the post-match interview:“A lot of things are said outside, but we had to prove it on the pitch. Today we are champions once again”.

Now it's time for the men's final!