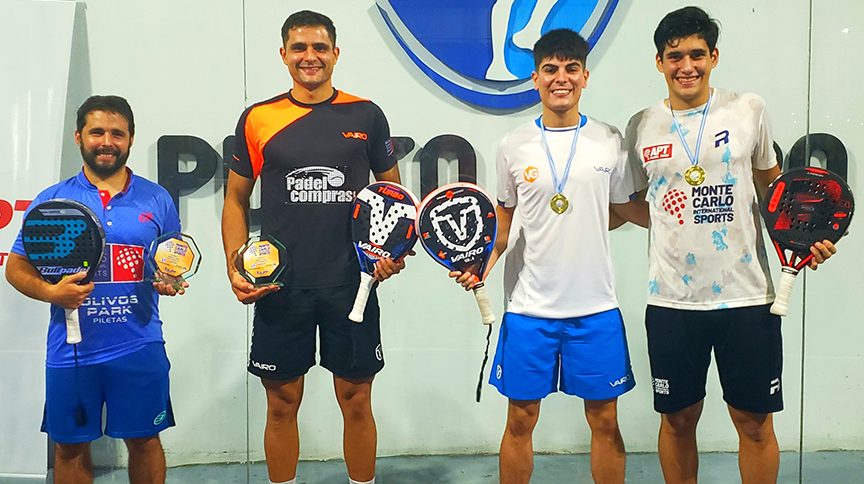 The first Future of 2021, which took place last weekend in Los Olivos, Argentina, saw the victory of Yain Melgratti and Lucho Soliverez.

APT Padel In addition to its Open, Master and Grand Master calendar, Tour offers Future tournaments, which ensure players can participate in as many competitions as possible. Above all, they allow young people lacking APT points to be able to glean a few. These are in total more than 16 of these tournaments which will take place this year, on all the continents where the APT is present !

The tournament which took place last week at Punto de Oro club, located in Los Olivos, in the Buenos Aires region, was a F1000, the biggest category, which distributes a total of 200 points for the APT ranking. Very good people were therefore present in Buenos Aires, since some of the best pairs of the APT had made the trip!

In the end, these are Lucho Soliverez and Yain Melgratti, 7th pair of the APT, who after dominating the numbers 1 Chiostri / Alfonso in the quarter-finals and the numbers 5 Arce / Dal Bianco in the semi-final, defeated Rolla / Sanchez in the final: 6/2 2/6 6/2.

All these beautiful people keep their form before traveling to Europe for two APT Open Padel Tour that promises to be hot!