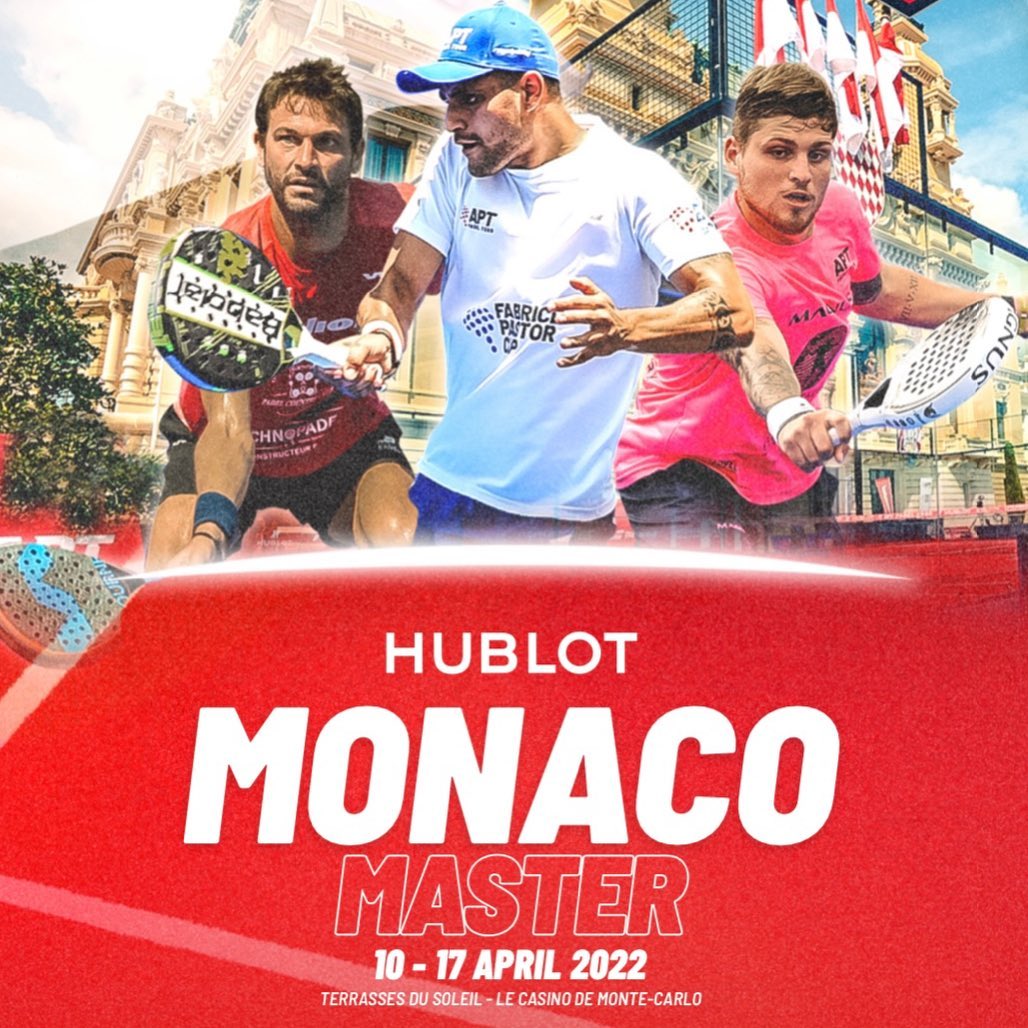 The draws for the first European tournament of the seasonAPT Padel Tour are now known. Many French in a very high table!

The level goes up a notch

The first game of the tournament will take place on Sunday, April 10 at 9:15 a.m. Valsot/Gourre against Brusa-Pirraglia to inaugurate the pre-previa table. Thomas Leygue will also start in pre-qualifying on the Tennis Club courts Padel Sun.

The men's main draw will open on Tuesday at 9:30 a.m. on the central court at the foot of the Casino de Monte-Carlo.

Ben Tison and Adrien Maigret will face Miguel and Nuno Deus on Tuesday in the second morning rotation on center court. Jeremy Scatena, meanwhile, will have a lot to do with Adria Mercadal. Indeed, the Franco-Spanish pair will face the finalists from Buenos Aires, Restivo / Ramos.

The first round of the table also includes other interesting encounters like the debuts of Alex Chozas and Tolito Aguirre against Almada-Frugoni, Tito Allemandi and Agustin Torre against Maarsen-Meijer or Relis Ferreyra and Juan Manuel Argañaras against Miguel Semmler and Antonio Fernandez, making their debut on the circuit.

The n°1 back among the ladies

Cristina Carrascosa, will make her debut this season on the circuit alongside her compatriot Isa Domínguez, against a pair from qualifying.

The Portuguese Filipa Alexandrino and Catarina Vilela, who form the No. 1 seed, will also be there, as will the Swedes Ajla Behram and Baharak Soleymani, finalists of the Swedish Grand Master.

The French also start on the APT with in particular the internationals Melissa Martin and Wendy Barsotti who will have a big battle against the Swedes Girdo / Akerberg in previas, or Invernon / Soubrie which starts in the second round of previas.