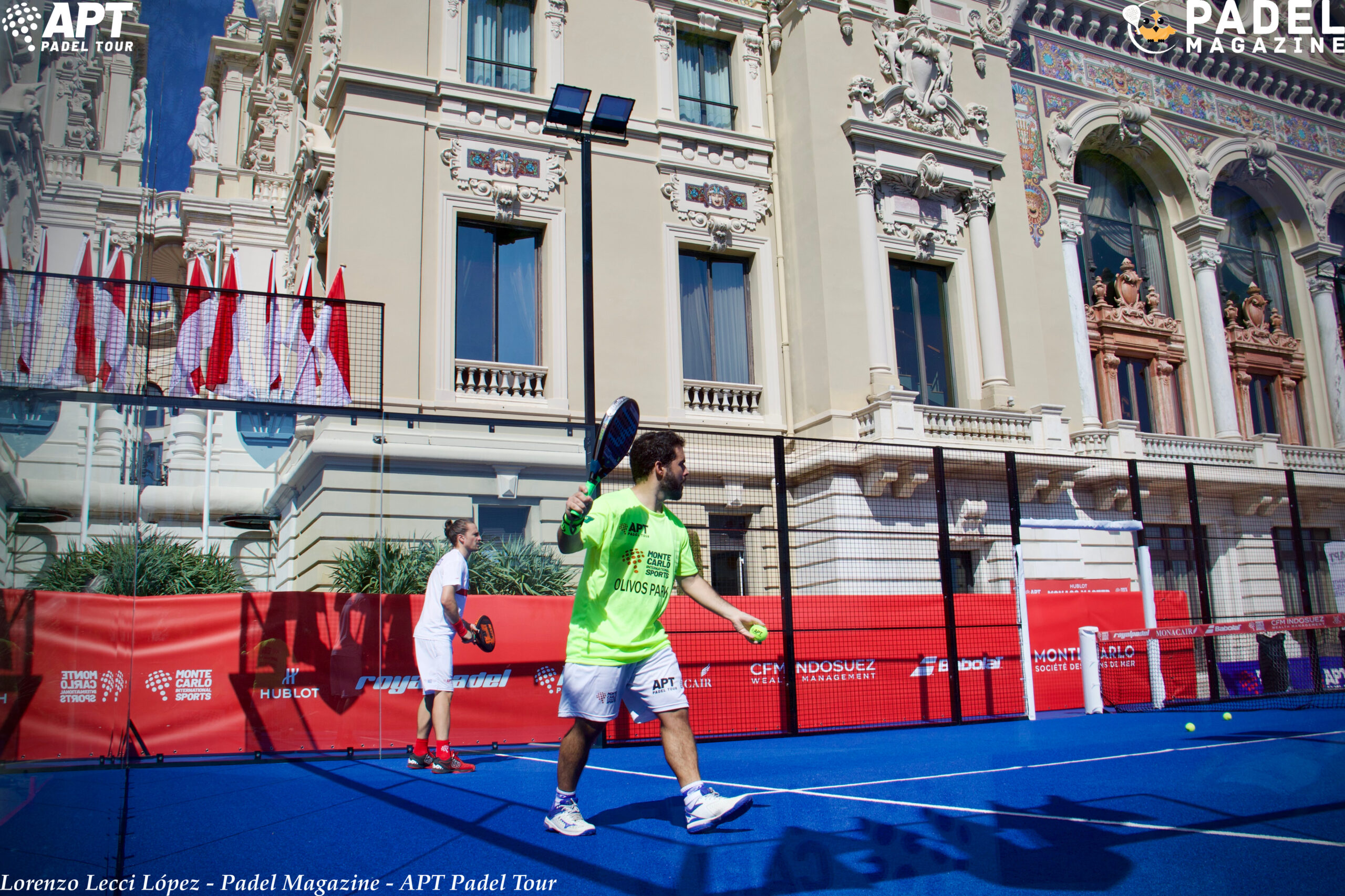 THEAPT Padel Tour enter a new dimension with this central court of the Casino de Monte-Carlo. On a single site, the quarter-finalists fought great battles to get half of them to become semi-finalists.

Rocafort / Julianoti in the physical

Cayetano Rocafort and Julio Julianoti are overtaken at the start of the match. The Argentines win the first 4 games and increase their chances of victory. Fede and Lucho remain solid to conclude the first set 6/2.

The Spaniard and the Brazilian balance the debates in the second set. This time around, they take advantage of the few opportunities that Quiles / Soliverez gives them to break into the sixth game of the set. But the Argentines are in a big day and pass a new gear to come back instantly. Rocafort and Julianoti don't want it to end like this. They remain combative and provoke the mistakes of the Argentines. Cayetano's “vamos” resounded throughout the Principality. 7/5 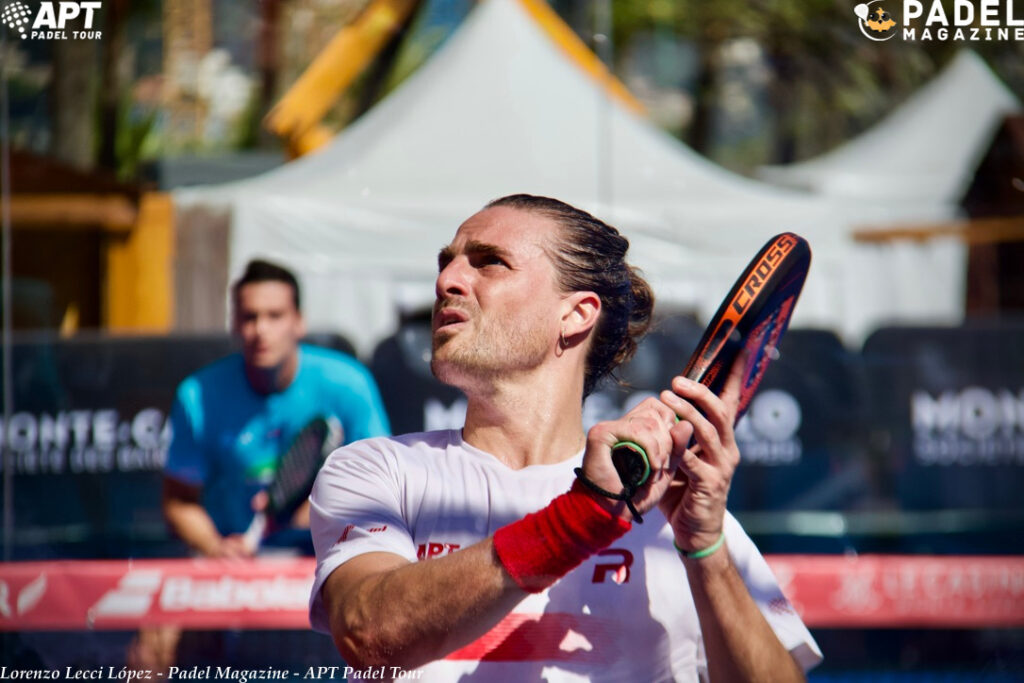 The match seems to have turned out. Fede Quiles has to seek medical time out for arm pain. Julianoti / Rocafort no longer gives gifts, and heads straight for the semi-final after almost 3 hours of play. 6/3

The start of the match is very interesting at the tactical level. Both players turn to attack to relieve Gonzalo Alfonso's torn abdominal area a bit. Oliveira and Melgratti seem bothered by this change and things are not like in Oeiras 6 days ago.

Gonza Alfonso clenches his teeth, as usual, to hold physically. The Argentines know it: if they want to be able to win today, you have to win quickly. The first set goes quickly for n ° 1 / 6/3 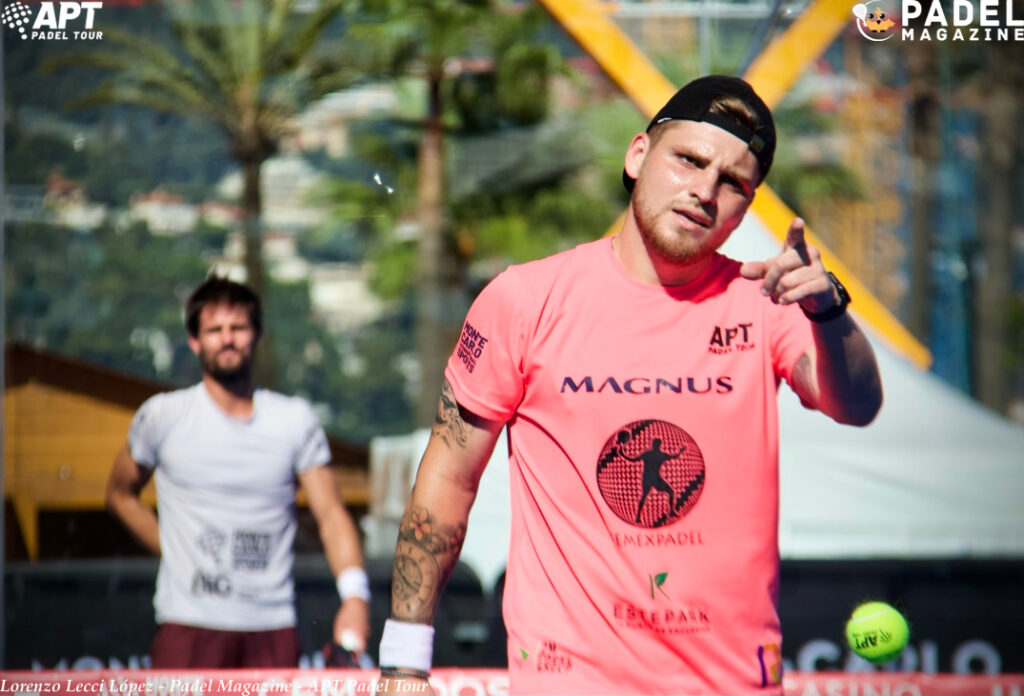 On the first rally of the second set, the Argentines resumed their usual position, but Alfonso decided to change again a few seconds later. The desire for revenge is stronger than the physical pain for the n ° 1 who do not want to leave anything to Miguel Oliveira and Yain Melgratti. On a golden point won, Fede Chiostri rushes to his teammate to celebrate effusively, but Gonzalo denies him the celebration: he cannot do their traditional “chest bump”.

Miguel Oliveira makes a lot of mistakes. The Portuguese are not at their usual level of play, and like that, it is impossible to beat the Argentinian pair, even diminished. On a game to forget for Miguel, the Argentines win. 6/4 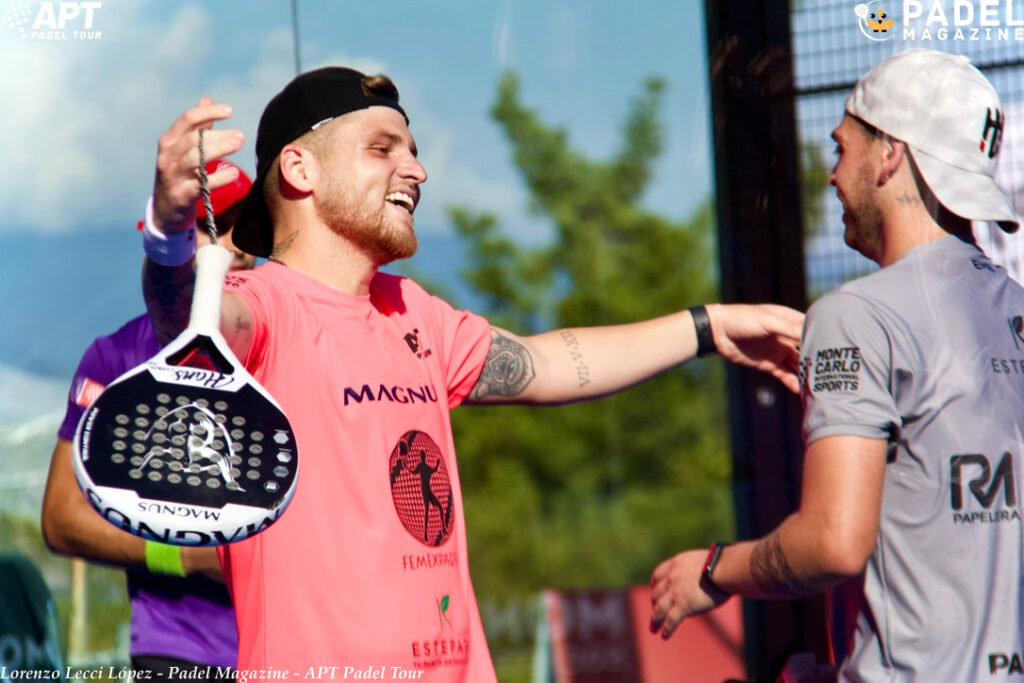 50 years old, all his teeth

Maxi Sanchéz / Christian Gutiérrez is an exciting pair. 24 years apart, but the two Argentines get along perfectly. In front of Vasco Pascoal and Willy Lahoz, Maxi and Christian don't really have to work in the first set. It spins 6/3. 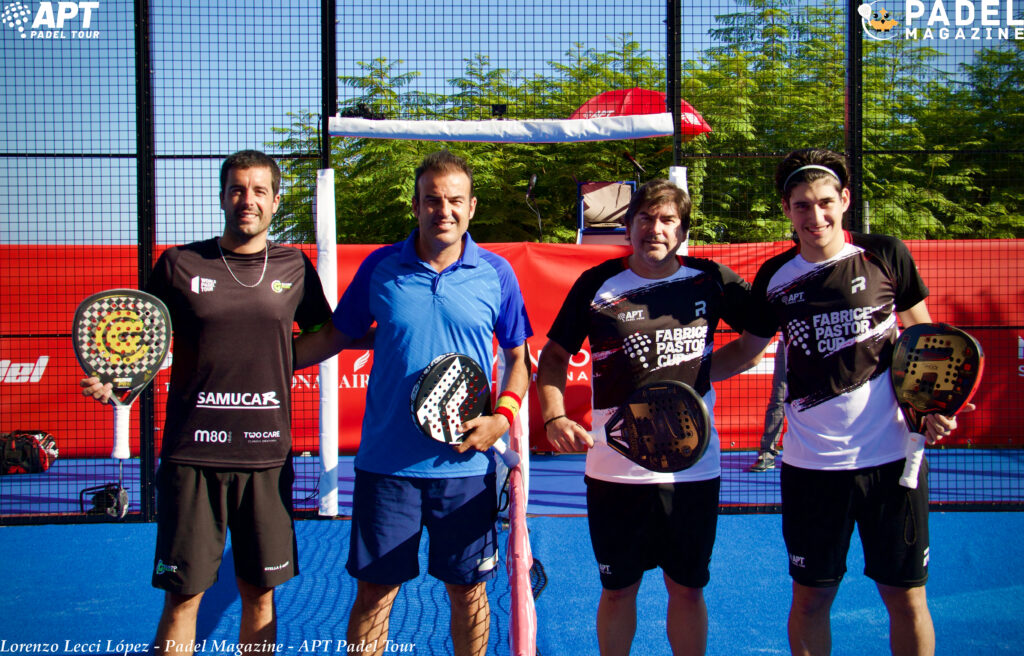 But the Spaniard and the Portuguese did not come to make up the figure. They bring out their competitive side and put more intensity into the exchanges to win the first three games of the second set. Pascoal / Lahoz manages to maintain his advantage and pushes the Argentines to the decisive set. 6/2 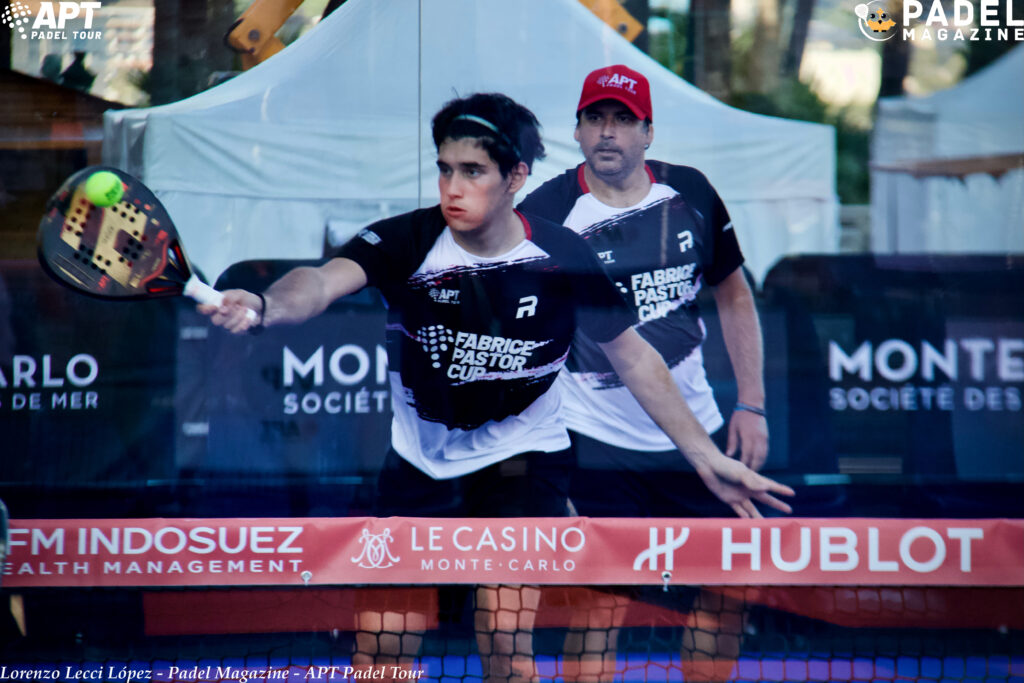 In the third set, Pascoal and Lahoz could not keep up the pace set in the second set. Vasco Pascoal even had to call in the physiotherapist during a medical time out. The Portuguese suffers from a chronic heart problem which can make his heart beat faster from time to time. Willy Lahoz offers him to stop, but he decides to continue.

It is when it seems at the worst physically that the Iberian pair returns. The fight is still very close in the epilogue. Against all odds, Pascoal / Lahoz released his best game and took the match. 6/4

The revenge was not long in coming for Dal Bianco / Arce

Maxi Arce and Franco Dal Bianco have revenge to take and it shows. Stung in their pride after being eliminated at the same stage of the competition by Mati Popovich and Tolito Aguirre at the Oeiras Open, the Argentines had only been thinking about it for a week. They start with crazy intensity, and completely annihilate the enemy attacks. The first set is won 6/3.

Maxi and Franco are on another level today. A rain of winning blows falls on the Casino de Monte-Carlo, and the Argentines destroy their opponents. 6/0 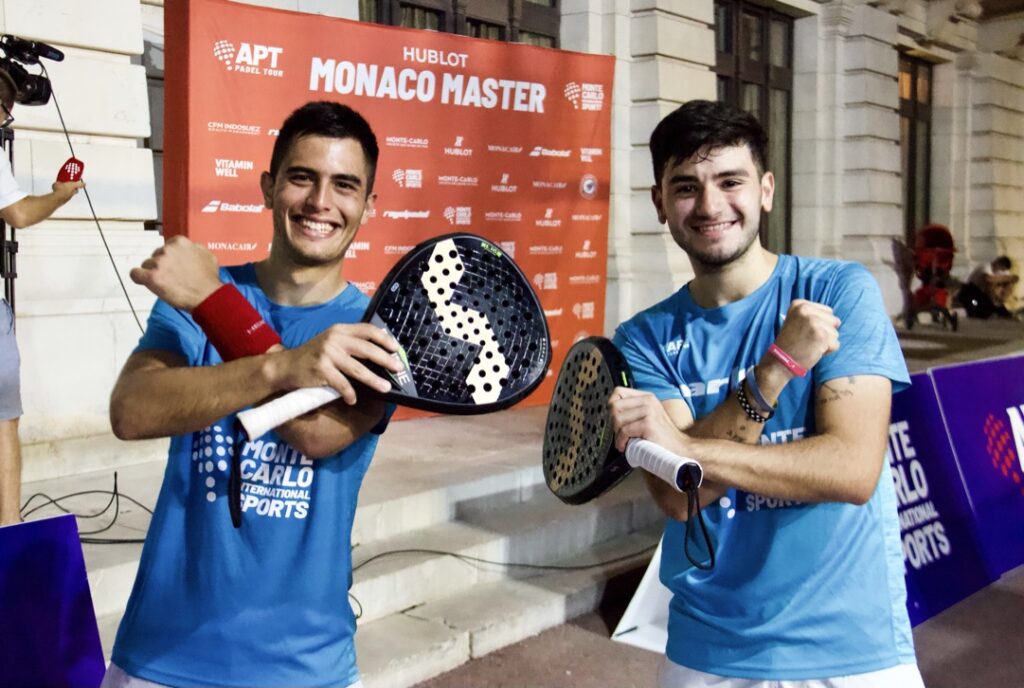 See you tomorrow for the semi-finals! 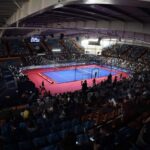 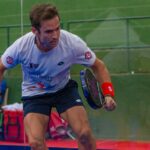 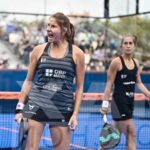