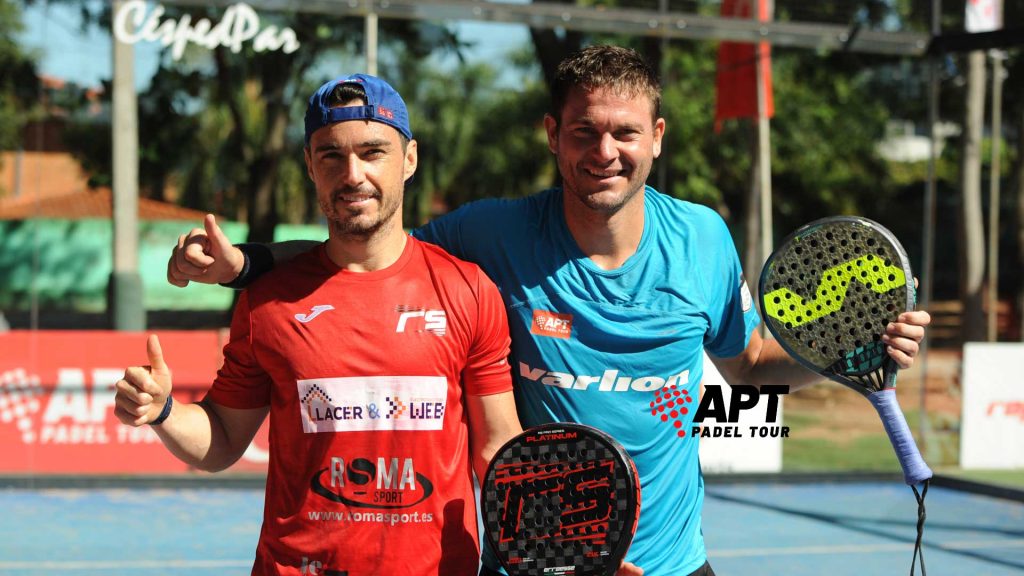 Jérémy Scatena and Sergio Icardo released a big match yesterday in the round of XNUMX of the APT Padel Tour Master Paraguay, they are playing again in 1 / 8th today!

You were able to follow him on our Live Facebook last night, Jérémy Scatena and Sergio Icardo put out a big game to overcome Ignacio Lehyt and Carlos Zarhi. A victory at the end of the suspense 6/7 6/3 6/4, facing a pair who had released seed number 1 last week!

After the disillusionment of the Asuncion Open, the Franco-Spanish pair played a padel very solid. Dominator in the air, Jérémy Scatena will have achieved a number of winning smashes incalculable!

Today, Jérémy and Sergio will still have a big game to play against the seed number 5, Chiostri / Alfonso, who climbed to the quarter-finals at the Asuncion Open (defeat in three sets against Melgratti / Soliverez).

The meeting will be to follow live on the APT YouTube channel Padel Take the Tour, in second rotation, certainly around 14:30 p.m. French time!