Discover the paintings and posters of the APT Padel Tour Monaco Open which will be played in Tennis Padel Soleil de Beausoleil from April 4 to 11.

The die is cast ! We can say that the APT Padel Tour Monaco Open, which starts at Tennis Padel Sun the Sunday 4 April, refueled! Among the 51 registered teams, we find the all the best South American players in the APT. A very beautiful cast to which we must add a certain Federico Quiles !

The APT can congratulate itself on having succeeded in bringing 19 of his 20 best players in Beausoleil. Indeed, in the Top 20, only Cristian Ozan is missing. In the absence of his usual partner, the spectacular Leo Aguirre will team up with his compatriot Eduardo Torre ! 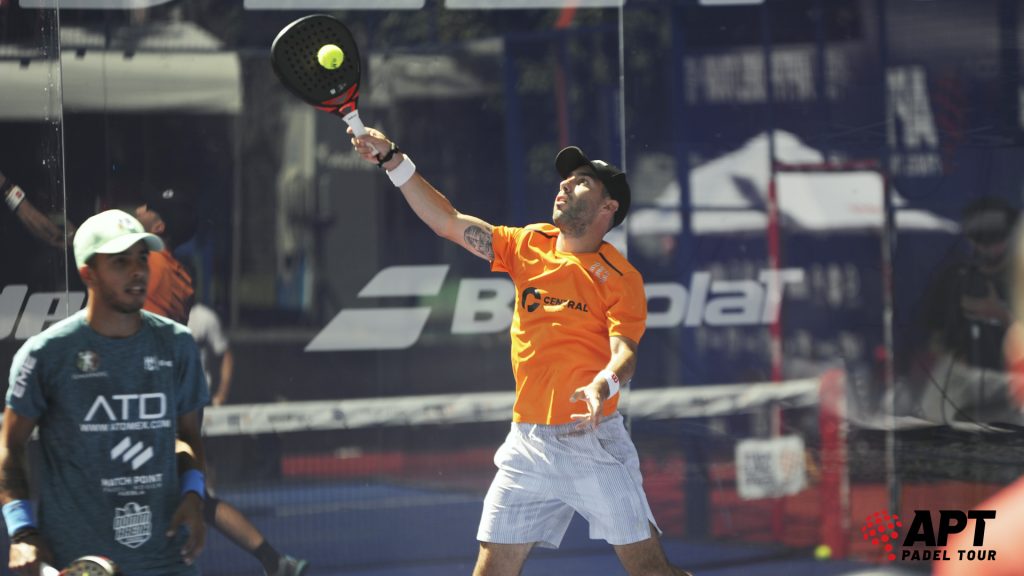 The main draw matches will start on Wednesday April 7. In the first round there will be very nice posters, like the one opposing the new team Scatena / Bernils to Argentines Esteban Genoud and Juan Martín Cesca, 17th pair in the standings. The winning pair will face the number 1 seed in the round of XNUMX, Chiostri / Alfonso. Something to make Jérémy Scatena want to take revenge from Paraguay Master !

Other very good meetings will be followed in the sixteenth. Beneficiaries of a Wild-Card, Cayetano Rocafort and Miguel Fonseca Oliveira will have a hard time facing Relis Ferreyra and Lukas Knaus, 13th pair in the ranking! The young Spanish Montalban / Simon they will be opposed to the super experienced Lasaigues / Nanni!

Qualifications with a French accent!

In qualifying, there are many French pairs. Some of the best players in France will be there and we will have Franco-French clashes from the start! Two beautiful posters between tricolors will be on the program Tuesday in the first round of previas : Authier / Lopes vs Bensadoun / Corbelli et Moreau / Toniutti vs Inzerillo / Valsot!

Two other very good French pairs will enter the running on Tuesday: Jérémy Ritz and Jean-Michel Pecquery, who will face qualifiers, and Jérôme Ferrandez and Rémy Gourre, who will compete against Argentines Rodrigo Santellan and Alex Valentino Chozas !

- preprevias start on Sunday, and there are also well-known names from padel French, like Kevin Fouquet, Sébastien Preauchat or Alexandre Leruste! Deprived of tournaments for a little while, all these players will obviously be very happy to be able to resume competition !

To find all the tables, it's just below: