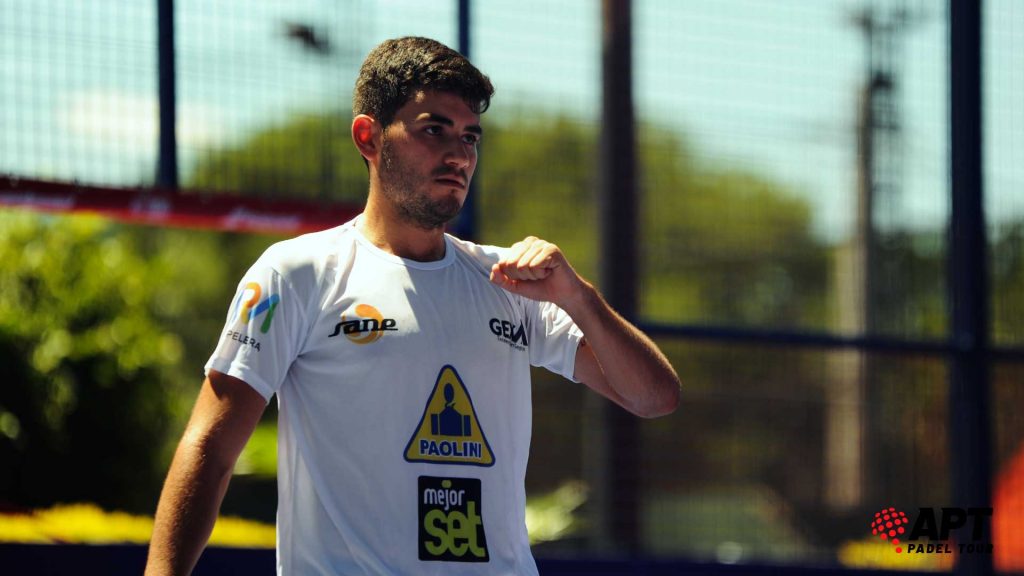 Huge surprise in Paraguay Master of the APT Padel Tour with the victory of Maximiliano Arce and Franco Dal Bianco in the quarterfinals against Julianoti / Flores!

It is definitely not good to be seed number 1 on the APT Padel Tower ! Yesterday the winners of the Asuncion Open, and big favorites of the tournament, Stefano Flores and Julio Julianoti, lost in the quarter-finals to Maximiliano Arce and Franco Dal Bianco ! These surprising Argentines who come out of the previas, won their 5th match in 4 days!

A victory torn from the mind, 6/4 3/6 7/5, in a match of great intensity. After having taken the seed 8 of the tournament in the sixteenth, Arce and Dal Bianco once again beat the odds! And the two players of respectively 21 and 23 years old will not want to stop there!

The number 2 seed was not spared either. Cristian Ozan and Leo Aguirre definitely do not succeed at the start of the season. After being eliminated immediately during the Asuncion Open, the Argentines had managed not without difficulty to win their eighth Thursday. Yesterday they suffered the Scatena / Icardo Kickstarter Law, Alfonso / Chiostri, which were once again very strong, with a victory 6 / 3 7 / 5.

Semi-finals in the colors of Argentina

Present in large numbers in Paraguay, the Argentines monopolize the places of semi-finalists, with 8 players of the Albiceleste out of 8 possible !

Before the defeat of the Brazilians Flores / Julianoti, it was the last remaining Paraguayans, Bejarano and Torre, who lost to the finalists of last week, Egea and Barrera. The seed number 3 wins 6 / 3 6 / 4, and she will have a very interesting match today against the surprising Arce and Dal Bianco!

Finally, in a 100% Argentine quarter, they are Maximiliano Sanchez and Maximiliano Cejas who won against Fernandez / Adorno: 7/5 3/6 6/0 !

Quite astonishingly, two of the pairs present in the semi-finals are not even seeded, proof that anything can happen on this APT Padel Tower !

Video summaries of the quarter-finals

For Europeans who want to enjoy the show, it will be necessary to watch a little since the matches start at 22:30 pm French time.