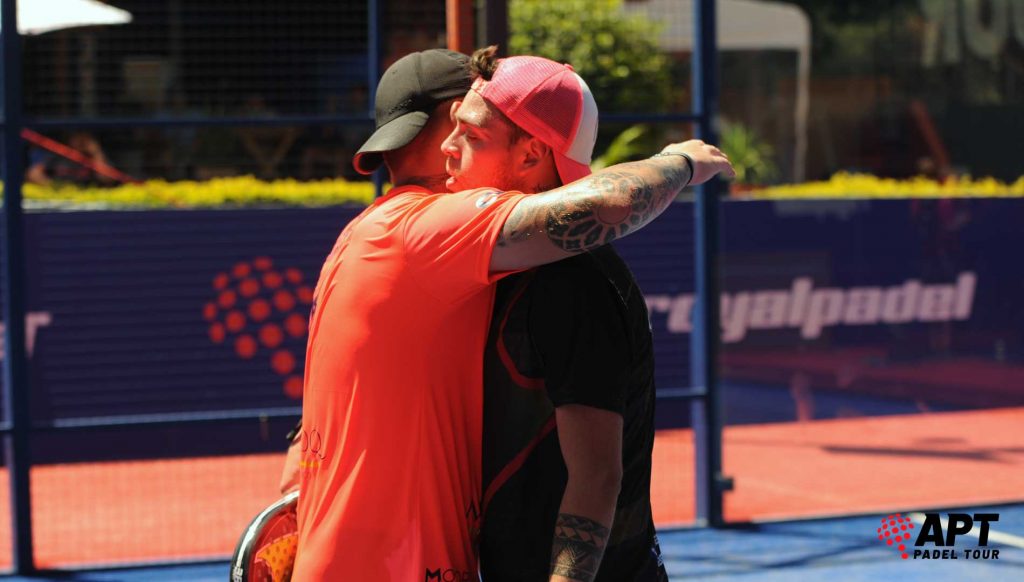 The favorite pairs, Barrera / Egea and Chiostri / Alfonso had to fight last night in APT semi-finals Padel Take the Tour Paraguay Master, we find them today in the final!

The favorites were heckled last night in Asuncion but they ended up doing it. Today we will therefore find the seeds number 3 and 5 in the final.

Alfonso / Chiostri to the mind

In the first semi-final, Gonzalo Alfonso and Federico Chiostri, Scatena / Icardo scorers in the eighth, ended up winning a match marked by great nervousness on both sides and unusual errors.

In this particular context, it is the top-ranked pair that starts the match best, with a 6/1 from the start. The opponents are quick to react, and in turn inflict a 6/2 on the game. lightning speed. The meeting must be decided in the third set and Chiostri / Alfonso takes control to finally win 6/1 2/6 6/3.

Injured in the abdominals, Maxi Cejas will have all the same released a big match, often dominating the exchanges with his impeccable touch of the ball. Maxi Sanchez, on the other hand, missed the event a bit. Not successful in the smash, the young Argentinian was too often impatient, offering easy balls to his opponents. Anyway, it remains a very positive tournament for this pair who will have played 4 matches in three sets during this Master !

Arce / Dal Bianco not far from the feat

In the other semi-final, Maximiliano Arce and Franco Dal Bianco arrived with the firm intention of releasing a new seed from this APT Paraguay Master. Inspired from the start of the match, the young Argentines attack their elders and take advantage of a quick break to win the first round 6/4.

The two pairs will tie in a second set of great intensity, and it is ultimately Egea / Barrera who win the tie-break 7 points to 4, to the mental. Galvanized by the gain of the second round, the seed number 3 finally wins 4/6 7/6 6/2. Second final in two tournaments for the Argentinian pair who showed great consistency. For their part, the young Arce and Dal Bianco will have impressed throughout the competition and will obviously hear us talk about them again!