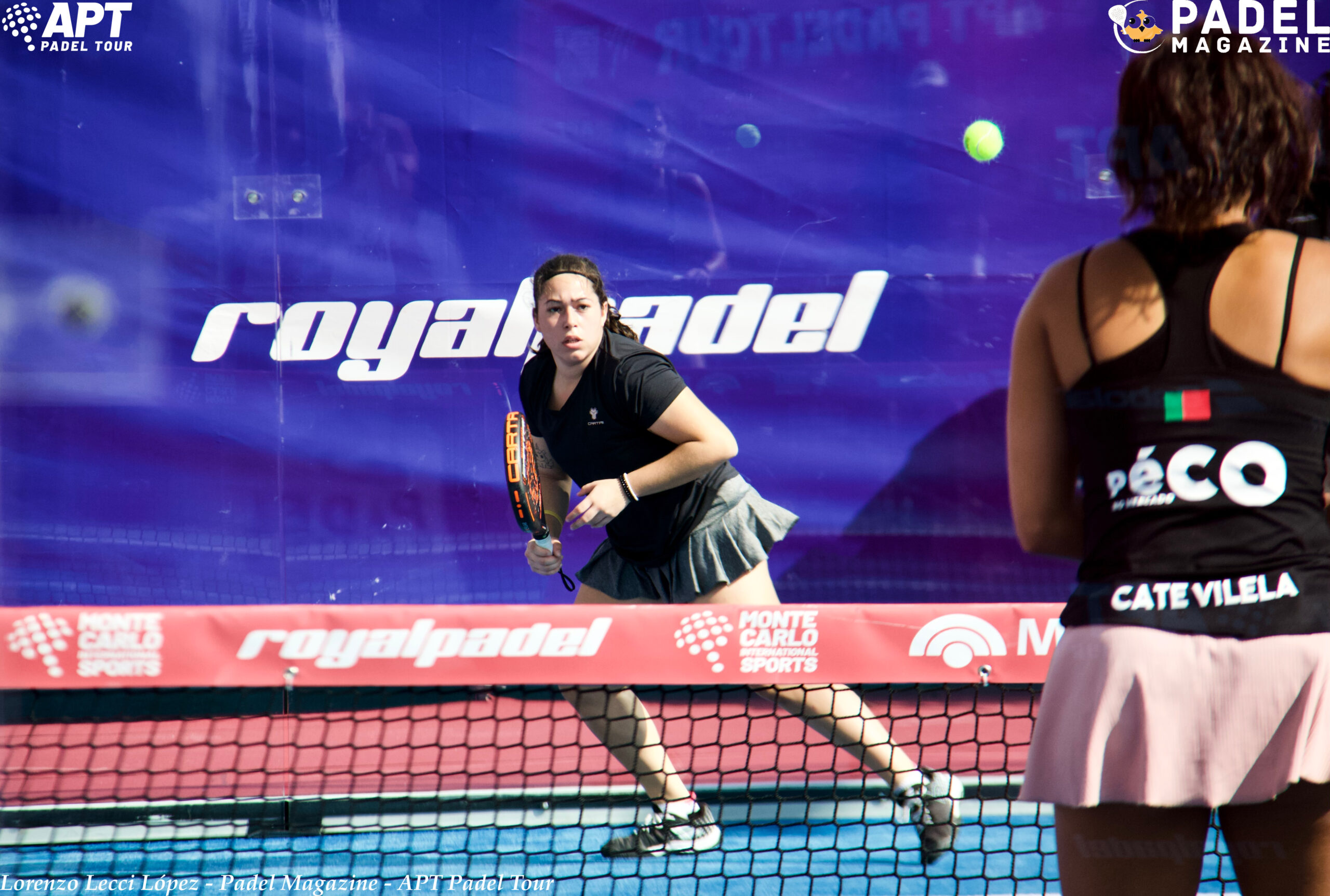 The two youngest pairs in the women's table of this APT Padel Sevilla Open Tower qualified for the grand final tomorrow. Marta Borrero will want to do it again after his victory at theOeiras Open, but this time in the company of Mireia Herrada.

Carrascosa / Arellano, what a spectacle!

The start of the match is for Portuguese number 1 Vilela and Mendonça. The very young Marta Arellano (15 years old) is somewhat intimidated by this central court. But little by little the Spaniards are getting into the game. They push the first set to the tie-break.

Led by Cristina Carrascosa who also coaches with the young Marta, the Spanish pair made the difference and took the first set. 7/6

In the second set, Cristina Carrascosa offers us a show of padel. The Madrilenian is clearly the best player on the pitch today, and she wins the majority of the points. APT commentator Oscar Solé ignites with his now classic “Puntaco” !. 6/3

Marta Borrero and Mireia Herrada are the favorites in Seville. The two young Spaniards are playing better and better together, and against Magdalena Pérez and Alba Pérez, they have once again proven it.

Very early in the match Borrero / Herrada took control of the exchanges. The Perez will not be able to do anything to stop them. 6/3 6/4

We will therefore have a very nice final between two pairs which made a strong impression in Andalusia. To see this meeting, see you tomorrow at 10:30 am on the APT streaming.