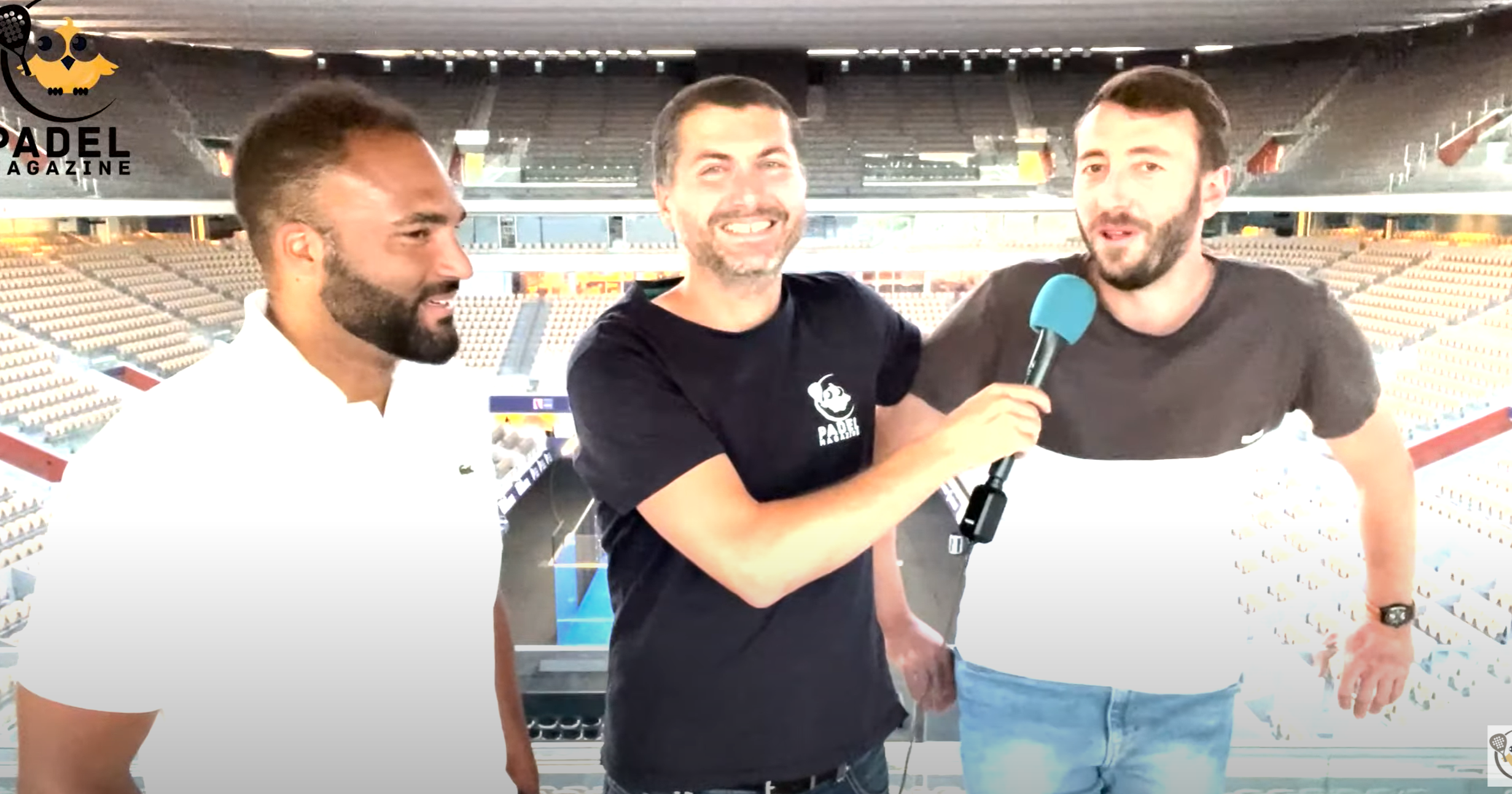 Steve Danchet et Florian Couturier, referees during the Greenweez Paris Premier Padel Major, came back on the secrets hiding behind the arbitration during the tournament.

"Being the referee on the center is just a big kiff"

Padel Magazine : Steve, you were the first referee of padel on the central track of Roland-Garros. Can you tell us about this experience?

Steve Danchet : “First of all, it was a huge honor to be at this tournament, and moreover in a place as legendary as Roland-Garros. To have had this opportunity to be the first referee of the central, it puts a little pressure on you. You already have this pressure naturally with your matches, of course it's positive pressure. But the fact of being the referee on the central, it's just a big kiff. »

Padel Magazine : How was the decision taken to know who was going to arbitrate first on the central?

Florian Couturier “There is a whole refereeing body that is above us, namely the referees and the chief referees. They are the ones who make the appointments day after day, and who choose which referee will officiate on this or that match. »

Padel Magazine : You have a career as a tennis umpire, this is the reason that made the difference compared to others to officiate on the central court from the qualifications?

Steve : "First I play padel regularly in different clubs. Tennis referee, here at Roland-Garros, it's true that it helps to feel good in the atmosphere. But I think it is above all the experience in the padel which made me selected.

And then the fact of being the first referee on the central, I think it's the talent that played too (laughs)! »

Florian : “I want to defend myself, because he was for a qualifying match. While I was for the moment: the first to officiate on the first lap of the final draw with the video, the review in the event of a dispute and all that on a legendary stadium like Roland-Garros, it's a "pure love as Steve said. »

The video, “a comfort” and an “indispensable element” for the competition

Padel Magazine : We could see that sometimes disagreements between players concerning balls. It goes so fast that luckily there is a review system...

Florian : “We have a big advantage in the padel, is that it is an ultra fair play sport. The players among themselves agree and really trust each other.

It's true that having this video, twice per set (per team) in the event of a dispute, can fix a lot of things in the match. »

Padel Magazine : In case of doubt, can the referees also appeal to the review?

Florian : “If the players are waiting for a decision from the referee and he is not sure of himself, there is no problem in asking for the video to know the final result. »

Steve : “On the other hand, it is always at the request of the players. The referee makes his decision, and if the player does not agree with this decision or if there is a breach somewhere: he can appeal to the video. It is a huge help for them and for us as well. It's a comfort for the competition, it's really essential. »

"It's true that Paquito Navarro, you're going to talk to him in another way."

Padel Magazine : Which player is going to come and tease you a bit or put pressure on you?

Padel Magazine : We have seen a few times, our French players sometimes go to see the referees. Do you agree that they were going to talk more than the other players?

They have that ease there, maybe less abroad because it's a Spanish-dominated sport. Maybe they have less of this collusion with the referees.

But as I said earlier, there was no bad spirit between the players. Even vis-à-vis us, I find that it was rather well respected.

There are players who actually put more pressure on you, like the best pairs in the world. By their status, their presence. It's true that when they look you in the eye, they don't look at you in the same way as our young French people who will evolve and who will grow.

It's true that in this tournament, Paquito Navarro you will talk to him in a different way and he himself will respect you as a referee. This is really something to note. But yes, he's going to speak to you in a professional manner, and he expects a professional demeanor and response from you. »

A plaster that saves the day

Padel Magazine : We saw some players at the beginning of the week come with their default t-shirts which are stamped World Padel Tour. Because some unfortunately are not so lucky to have 500.000 t-shirts available. What happens in this case?

Steve : “We first ask them if they don't have a second set of t-shirts. And then if this is not the case unfortunately, we put a "tape" (or adhesive plaster) on them. Blacks on dark t-shirts and whites on rather light t-shirts.

Of course to avoid representing another organization. There it is a Major, it is Premier Padel. It's the least we can do to respect this organization and we tried to be quite attentive to these things.

The players in the locker room went to see the referee beforehand, and when it didn't work we tried to hide it all a bit. »

Refereeing with an “Italian accent” on Premier Padel ?

Padel Magazine : Whether in Italy in Rome or here at Roland-Garros, the team of referees is divided into two parts: there is a part of the referees which is the FIP team, and another half which there in l occurrence was French. Do you find that there is a majority of Italians on Premier Padel ?

Florian : “Once again, we are only at the beginning of this circuit which is Premier Padel. It is true that for the moment the team is mainly made up of Italians, but precisely thanks to this tournament in RG, we were lucky to be 4 French (out of 8 referees) to officiate throughout the week .

The fact of having been able to join this team will surely allow us to be able to continue and precisely that could make it possible to bring new nationalities to the referees. »

Steve : "These Majors will take place in 4 big cities: Rome where the majority of Italians come from, here in Paris with 4 French people, there is soon a tournament in Spain so the Spaniards will be there... I think it will be the three nations that will certainly be the most represented. Maybe in South America there will also be a small group of referees forming.

In my opinion Premier Padel surely does not want to have an unlimited number of referees, precisely to maintain this complicity between players, coaches and referees. That the players know the referee and that the referee also knows the habits of the players. That we put in place something serious from 2022 and that it continues over the years that will follow.

If Internet users had the impression that there were no more Italians, it was just the opportunity that made them more present at the start of the season.

But over the weeks and months to come, we have already been offered to come back to tournaments: something we have accepted. Which ? We'll see, it depends on everyone's availability. But it is true that the experience was rather positive, and that the French referees were recognized as good referees of padel. It's up to us to progress and be present on other majors, in any case we were invited for that! »