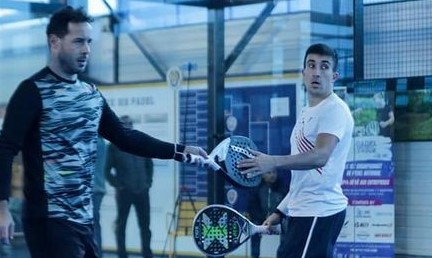 Thomas Mitjana and Matthieu Armagnac won the P1000 which took place this weekend at 4Padel from La Rochelle.

Opposed in the final to François Authier and Benjamin Grué, the 20th and 23rd players in the French ranking won 6/4 6/4 in front of nearly 150 people who came to see the final. In the semi-finals, Authier and Grué had dominated De Barbeyrac / Perilhon, while the winners of the tournament, who did not lose a set of the competition, had overcome Moura / Vian.

Note the superb organization of the tournament with Harlod Bernard at the helm. Indeed, a team of videographers was present, and a room was dedicated to players of padel for the catering part throughout the tournament!