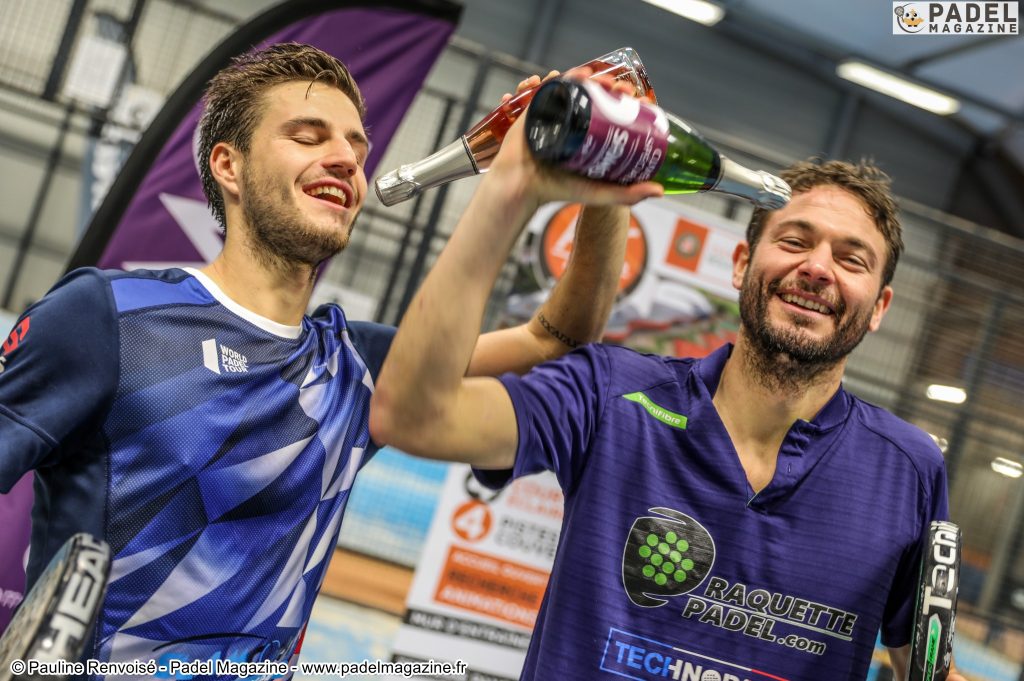 Should the French Tennis Federation automatically assimilate our best French padel players into the top 10 of the FFT ranking? And even assimilate them number 1 French?

In the ladies, you officially have a player in first place in the FFT ranking: Jessica Ginier with 15.500 points.

However, we actually end up with 4 other players at the French premiere of the ladies ranking: 3 Spanish and our French, Alix Collombon.

Laura Clergue is also assimilated to 2nd place in France, which is equivalent to 13.950 points (Place de Mélissa Martin)

And we could go on like this for a long time.

There is undoubtedly a logic of the FFT and all the more among the ladies.

But, is it normal to have 5 players in first place in the FFT ranking for women? Knowing that only Jessica Ginier has the points. It is a safe bet that Alix Collombon, if she was not assimilated, would have more or less as many points elsewhere than her French partner Jessica Ginier.

Good to say as much that our question is perhaps unsuitable for the ladies circuit, because today there are still significant differences in the French top 10/20 and we have a Ginier / Collombon pair which has been flying over the national circuit for 2 years.

But the debate remains all the same, and even more among the gentlemen.

In men, it is a little more complicated since the competition is particularly tough.

For example, we see Johan Bergeron, the only French number one in February 2020 (not counting foreign assimilates) with 16.480 points (also in March).

Jérémy Scatena is the 5th French player with 11240 points in February 2020. The following month, the 100th world player finds himself assimilated number one French. If we do the calculations, he jumps 4 places and 5.240 points.

Is it normal to end up with 2 numbers a Frenchman whose journey is very different. We also recall that Johan Bergeron is in the top 120 worldwide.


It is clear that the FFT thus wishes to automate a national classification according to international classification, which makes sense. But, from our point of view, it may be committing an error in operating this way. Indeed, this can create a certain injustice and it does not make our French padel circuit very attractive, since there is no need to participate in 10 tournaments to find yourself at the top of the ranking… No need even, in absolute terms, to participate in a single tournament with performance objectives because assimilation makes it possible to block the classification.

It is the players themselves who provide the solution to this "injustice".

To keep the same state of mind that the FFT rightly wishes to instill in the padel, you would have to go on a assimilation table like the federation does today for tennis players with a good ranking, but with a bonus point system.

This has the advantage of being completely transparent and the players know that according to the international ranking, they have a bonus of so many points guaranteed in the ranking of the French ranking.

Here is a system (as an example) that could approximate this one:

Benjamin Tison gives us his opinion on the evolution and the implementation of these bonuses:

It may be necessary to adapt the cut according to world rankings and years. Because there are years when the “cut” can evolve. Who better than the players concerned to report this information?

The return of the players concerned

The triple French padel champion, Johan Bergeron is one of the big losers in March with the update of the ranking. Indeed, the one who was at the head of the French ranking is now no longer the only French since Jérémy Scatena was automatically assimilated number one French while he was until then the 5th French player.

And surprised, Jérémy Scatena fully approves of Johan's annoyance: “I would be in his place, I would not be happy ”. Same for Benjamin Tison, the current 2nd French player who says “don't understand FFT"

Johan Bergeron believes that the FFT should “transparently set up a table which clearly indicates the number of points added to the French ranking according to its world ranking. It would have the merit of being simple and fairer"

Johan offers a “bonus points between 1000 or 3000 points depending on the world ranking ”.

In the end, this would have the consequence of guaranteeing the best French players a good padel ranking without this automatic assimilation system.