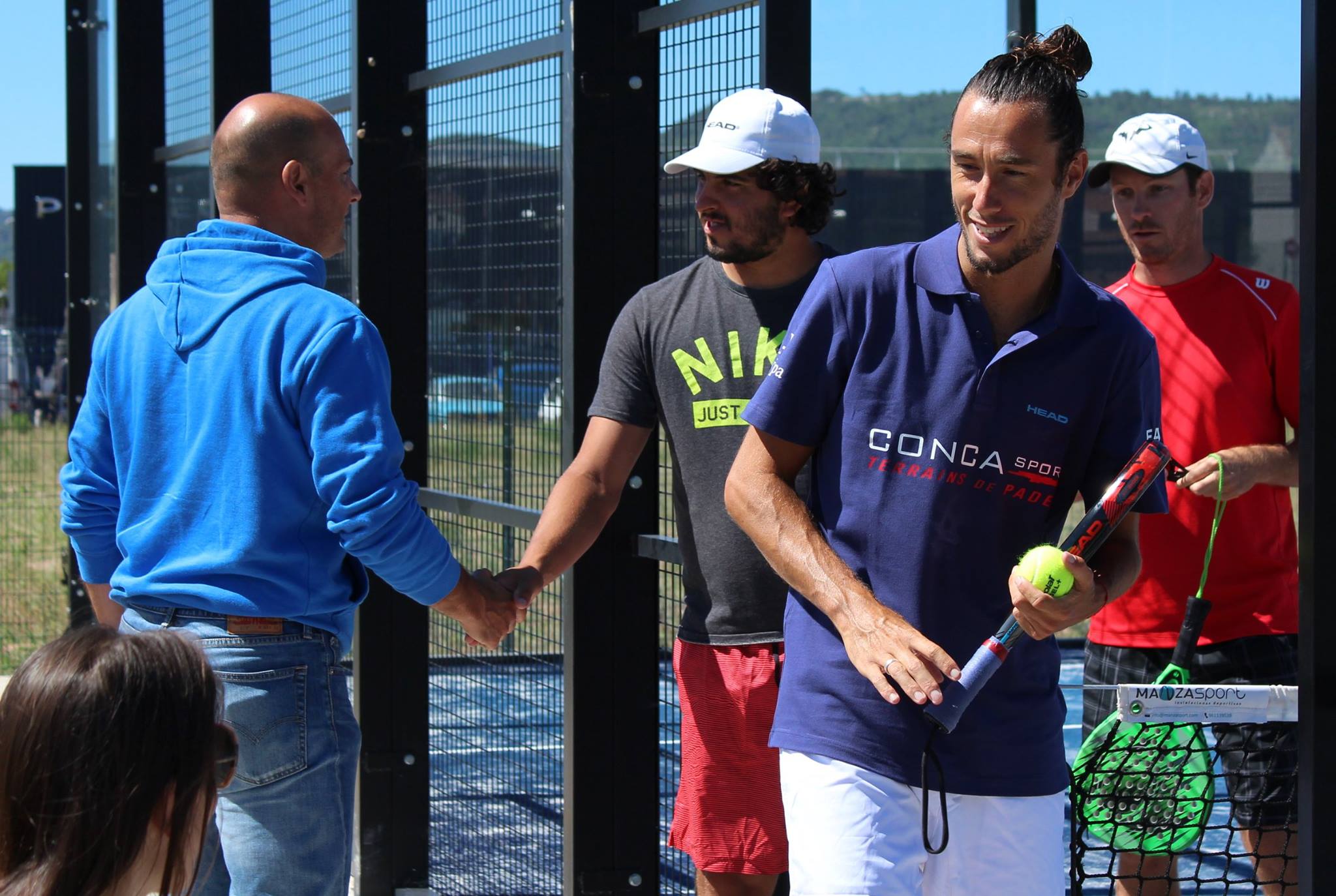 Last Sunday, the sports association Tennis Le Luc (83) offered a great day of padel to continue the development of padel in his club.

The tennis and paddle club has put the dishes in the big with the presence of Robin HAZIZA, the French champion padel 2015 and European champion team and Eric Poinsignon, President of Conca Sport.

This day was a little icing on the cake for club members.

The morning was reserved for a demonstration with the club 2 BE. This demo was done with Robin Haziza, the champion of France, present all day to promote the padel within the club.

Many tennis players have discovered this sport for free all day. The club is already announcing other open days to promote the padel in its club with the help of its 2 BE.

From now on with the 2 BE and the training done with Cédric Carité. The club seems to be armed to achieve its objectives: To put other fields of padel in the next 2 years. Remember that Valérie Schneller, president of the ASTL, explained to us that “The objective is to have as many players as possible to show that this sport deserves to have more than one field in our club. See you in 1 or 2 years to see if the bet is won. ”

Finally, Eric Poinsignon (CONCA SPORT) and his Spanish partner MANZASPORT, note a boom in padel in Europe and beyond “since after having installed courts in Spain, Italy, Belgium, Dubai, Portugal, Greece, USA, we will contribute to padel development in Germany, Romania and Senegal. »

Padel soon an Olympic sport? But that's another debate.

The AS tennis Luçois padel and for a long time!