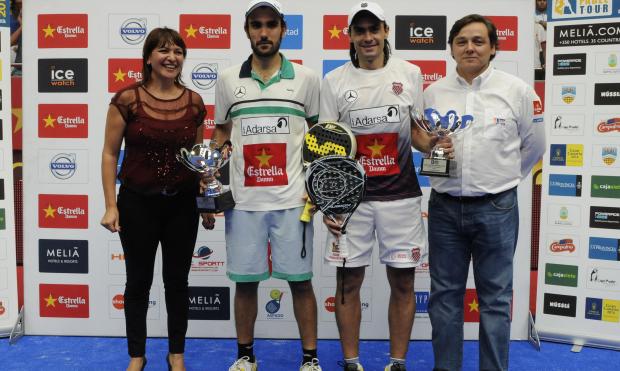 Padel Magazine - In the Canaries, the WPT offered all its promises by offering a new poster in the absence of the world numbers: Miguel Lamperti and Maxi Grabiel who manage to reach for the first time a WPT final against Pablo Lima and Juani Mieres .

But before playing this final, the finalists will have to fight.

In the quarterfinals, where there were great matches with spectacular points. The video below will testify:

Juani Mieres and Pablo Lima, the world number two were therefore logically the favorites of this tournament. If they won this Open, the road was far from easy with in particular a confrontation in the semi-final against Maxi Sanchez and Sanyo. Beaten 2 sets to 1, the world numbers two were very hot and could have lost this match several times. Their consistency finally made it possible to get out of this trap facing the “young people” of the world top 10.

We would have liked the final to be tighter, but Miguel Lamperti and Maxi Grabiel just could not follow the Princes who were over-motivated to win this WPT of the Canary Islands. Pressed, it was also because it was not necessary that this game drags on because of the semifinal certainly physically trying. Lima and Mieres won 6 / 4, 6 / 2 and 6 / 2. This is the third title of the year for the "princes" who are looking to catch up on points leaders in the final stretch of the season.