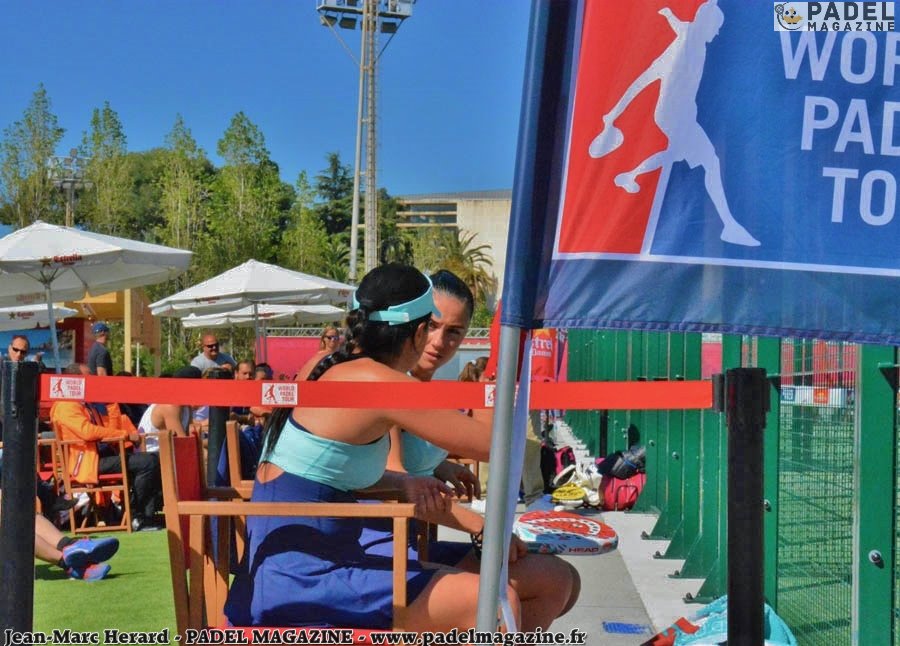 Audrey Casanova and Laura Clergue, the reigning French champions continue their adventure in Barcelona after a very good victory won in 3 sets.
The first set is lost in the tie-break 7-6. Perhaps a little apprehension for our French in this first set and that is understandable.
But they move up a gear in the second set and they take the 2e set relatively easily: 6-2.
In the 3e set, if the match is balanced, the French are more efficient and they confirm by winning the 3e set 6-3.
The 3rd set confirms the dynamics of the game… and the French have completely succeeded in entering the pro circuit. Next step for the French is 19.
This match was played mainly in the head. Laura's flat smash and Aurrey's forehand acceleration frustrated the opposing pair who had a junior in their ranks, with Spain expecting a lot (maybe too much?) And the experienced Van Boven.
The attitude and the tranquility of our players on the field, who have been able to reverse the trend… (go up a set) all against an opposing fan club who have come in large numbers. Good job girls. You also have YOUR FAN CLUB behind you!