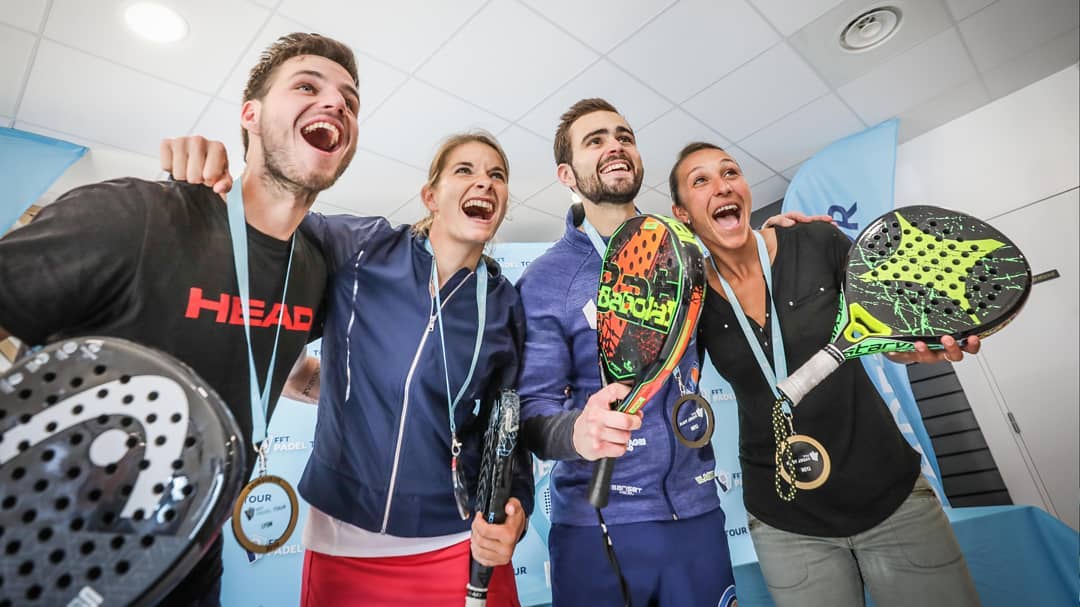 While the FFT has integrated the padel for more than 4 years and that it ensures the organization of the French championships, some improvements still seem possible ...

Is it normal to see professional players, who train in Spain, having to return to France two weekends a year to participate in departmental and then regional phases? The question we ask ourselves is simple: the best French players of padel Should they not be automatically qualified for the final stages of the French championships?

From WPT players to departmental qualifications

We realize that whatever the rules of qualification, the best always qualify for the finals. Indeed, Bastien Blanqué, Johan Bergeron, Benjamin Tison, Jérémy Scatena, Alix Collombon, Léa Godallier were all present during the previous editions of the French Championships.

We then wonder how these players, who are exempt from one or more rounds on the World Padel Tour (squarely in the final table for Alix Collombon and even sometimes for Léa Godallier and Laura Clergue), do they still have to go through a departmental phase of qualification for the French championships?

The FFT has chosen this formula for allow players from all regions to have a chance to participate in the finals. But in reality, it is rather the opposite that is happening ... Indeed, in order not to take the risk of losing in qualifying, the best players are scattered unevenly across the territory and slow down or block the emergence of new players and new vocations.

So why not change this system? We will try to give leads.

A qualification according to the classification?

This is the first solution that comes to mind: that for example the 4 best-ranked pairs for men and women are automatically qualified for the final stages of the French championships. This would allow during the departmental and regional phases to end up with more open tables, and that would prevent some from taking for example Bergeron / Tison from the start and seeing their dream of performing the French championships soar.

This would also have the effect of sparing professional players, who are financially helped by the FFT to represent the colors of France at the international level, a waste of time in transport and in a sporting competition not very interesting to devote themselves to their season on the pro circuit. The FFT could even find its way financially: by exempting them from a financially costly and tiring weekend, they could forgo the defrayal of expenses planned for the French championships.

The question that would arise concerns the assimilated. Indeed, we imagine that some would take a dim view of the automatic qualification of assimilated players. For this, the FFT plans anyway to change this system of assimilations.

The breeders in charge?

Another solution, which would probably lead to the selection of the same players, would be to entrust the selectors of the French teams the choice of pairs who would participate directly in the French championships. They would obviously favor professionals and members of the France team, for example by appointing 4 female pairs and 4 male pairs.

Remember that professional players who participate in WPT, FIP tournaments, in international competitions, have very busy schedules. The current system means that we can even imagine that they need at some point miss an international tournament to get to the departmental and regional phases ...

Do we not prefer to see the best French enter for P1000 or P2000 than for qualifications for the French championships where they will certainly have no real opposition? The ball is now in the FFT's court!