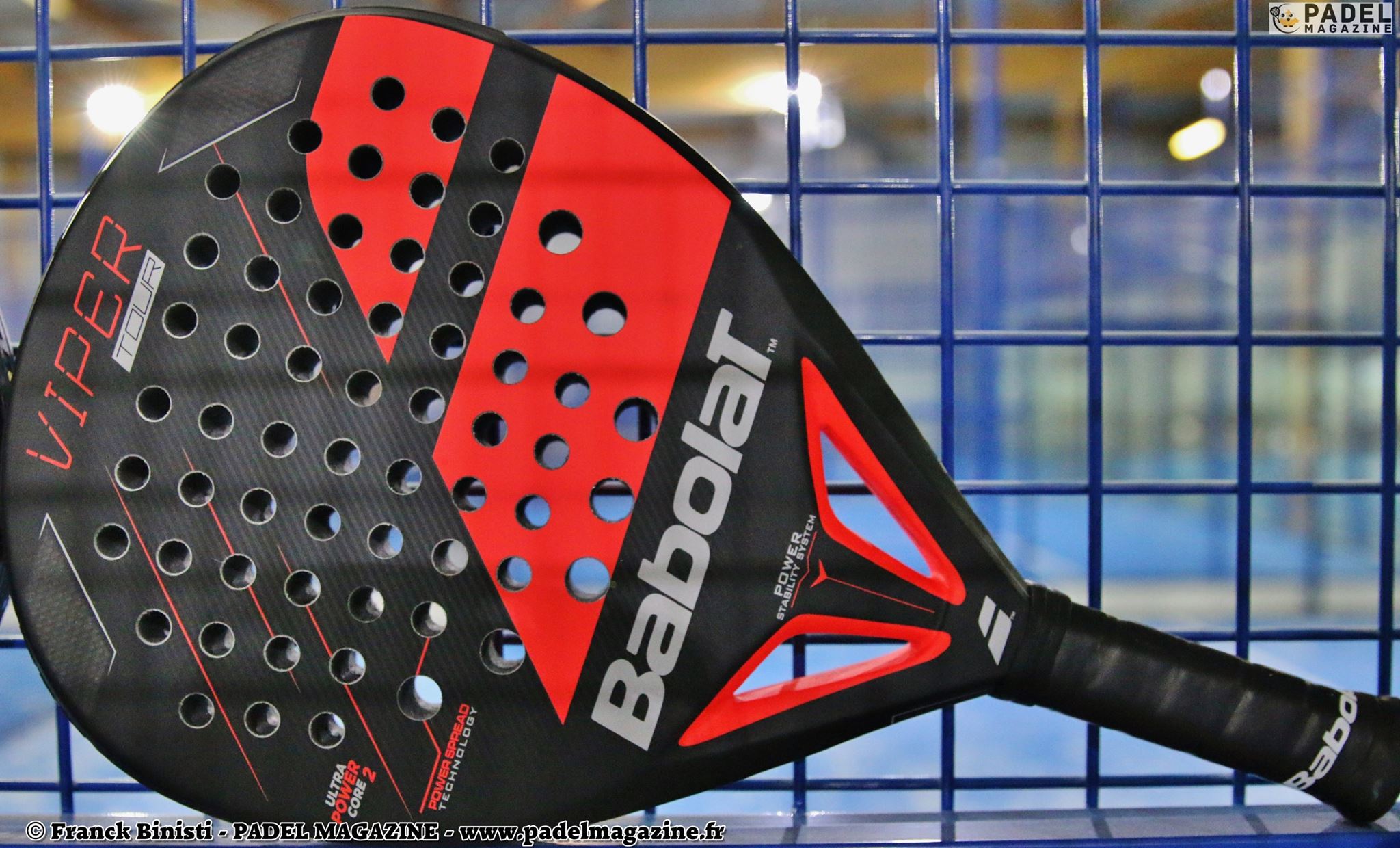 The new version Babolat Viper Tour 2016 is once again successful. Associated with the Drive Tour, Babolat presents his racket for attacker (the Viper) and the racket for defender (the Drive).

What there is to know

It's a diamond shaped racquet. This is a powerful racket. The most powerful of the market? By some, but it certainly has under the hood. It offers a good freedom of movement with a scale that is not completely bottom to the racket header like some rackets. Is this a good thing? It depends on the sensations, but for the racket testers, this balance is enough to send big smashes!

Babolat also offers an average weight of 370 grams + - 5 gr. It is also a good point for Babolat. Many brands offer weights which vary to plus or minus 10 g and sometimes even 15 g !!! At least with this racket there shouldn't be too many surprises when ordering.

In terms of construction, no unpleasant surprises: Full carbon with the famous system Babolat CARBON FIBER 3K which are areas of carbon that allow the racket better stability and increased durability. We will have to see that in the medium term to see if this technology increases the durability of a racket.

Who is she for?

This racket like the Drive is rather intended for players of good levels. The Viper even more than the Drive should be put in the hands of insider players, because like many attacking rackets, it tolerates less inaccuracies than a racket more in control.

The materials used as the technologies are nickels. Babolat uses the Ultra Power Core 2 which corresponds to the black EVA rubber. It increases the power of the racket.

At the net, the racket is nervous, with rather dry shots.

La Babolat Viper Tour is the ideal model for competitive players looking for maximum power. Ultra Power Core 2 and Power Spread technology provide a level of stiffness that increases the power of the racquet.

This is a competition racquet, which thanks to its diamond shape, its black EVA foam with an extreme energy return, provides maximum power. the shape of the frame with evolving chamfer allows it a better aerodynamics. its carbon fiber frame and the addition of 3K carbon fiber areas give it good impact stability and durability.

They tested the racket ...

Xavier Andrieux tennis teacher in the Essarts-le-Roi club sponsored by Babolat using the Viper tour racket (red): ” I was able to test the drive tower (blue). A clear difference between the two racquets the Viper will be very powerful, more flexible on impact but less precise. The drive it will be more rigid much more precision but of course a loss of power If I had to classify the two rackets the blue would be for the defense and the red for the attack I will still ask Mr. Babolat the drive because it gives me a control that I did not have with the Viper"

Hiram Azilinon, player of padel, returns to the 2 rackets Babolat tested: "I rather played with the orange racquet (viper). It is suitable for a powerful player like me! Very good control and take good effects. "