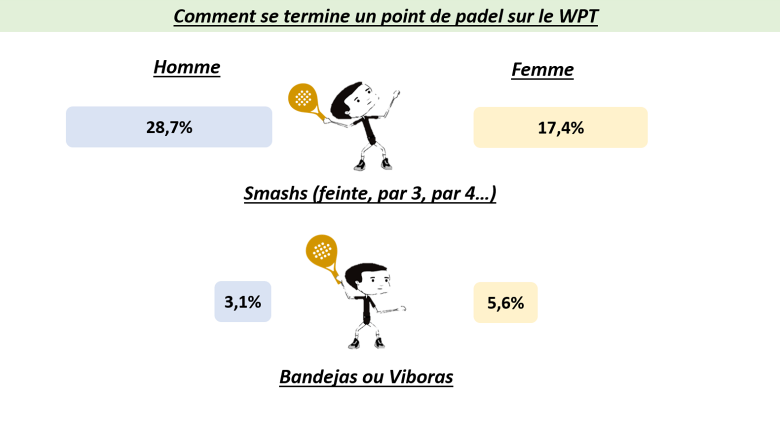 Romain Taupin, returns to the theme of la bandeja vibora and the opposing faults in one of his chronicles on his page Padelonomics.

He compares the effectiveness of these two blows against the opposing faults. And you will see that as often, the coach likes to break the “we say”.

With, to illustrate his remarks, a careful analysis of the matches of the World Padel Tour.

“I want to learn how to make a bandeja/vibora"

This is a fairly classic request from a student at padel. He thinks the bandeja is the key to his attacking game.

It is true that this atypical gesture embodies, in our imagination, the padel.

But this gesture is not “the key” to our attacking game.

Wait for the opponent's foul

When you analyze “how a point ends at padel? ”, You will see that what earns us a point is generally“ a simple opponent's fault ”.

Consistency and patience are the essential weapons of a padel.

The smash and the bandeja/vibora come to be grafted on (it is obviously necessary to learn these blows) but they will never be able to replace them.

Romain offers us all his experience and his work to obtain very enlightening figures. 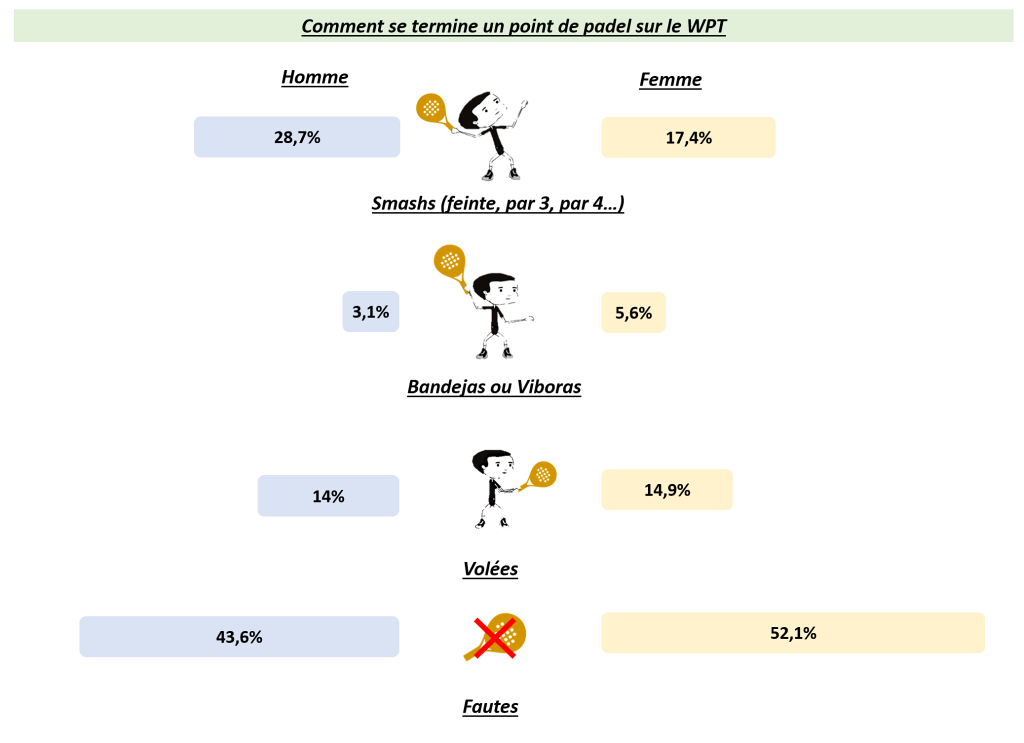 First observation, strength is not everything! On the contrary, ladies and gentlemen, same fight: try by all means to put this ball in the field. You will have almost a 2 in XNUMX chance of winning the point.

In the ladies' category, it's more than one point in two that ends with a direct fault.

The big difference is mainly in the smashes. Unsurprisingly, the men won nearly a third of the points on a smash (par 3, par 4, feint of a smash ...)

On the other hand, the bandejas and viboras do not earn points directly. Is it that crazy? Not at all, these are shots that allow you to build a point before being in a smash position.

Statistics always complicated to achieve, especially when it is necessary to distinguish the unforced errors from the provoked ones. This is why it is mainly a question of talking about a trend. And we see that there are clearly clear conditions among the players of the World Padel Tour.