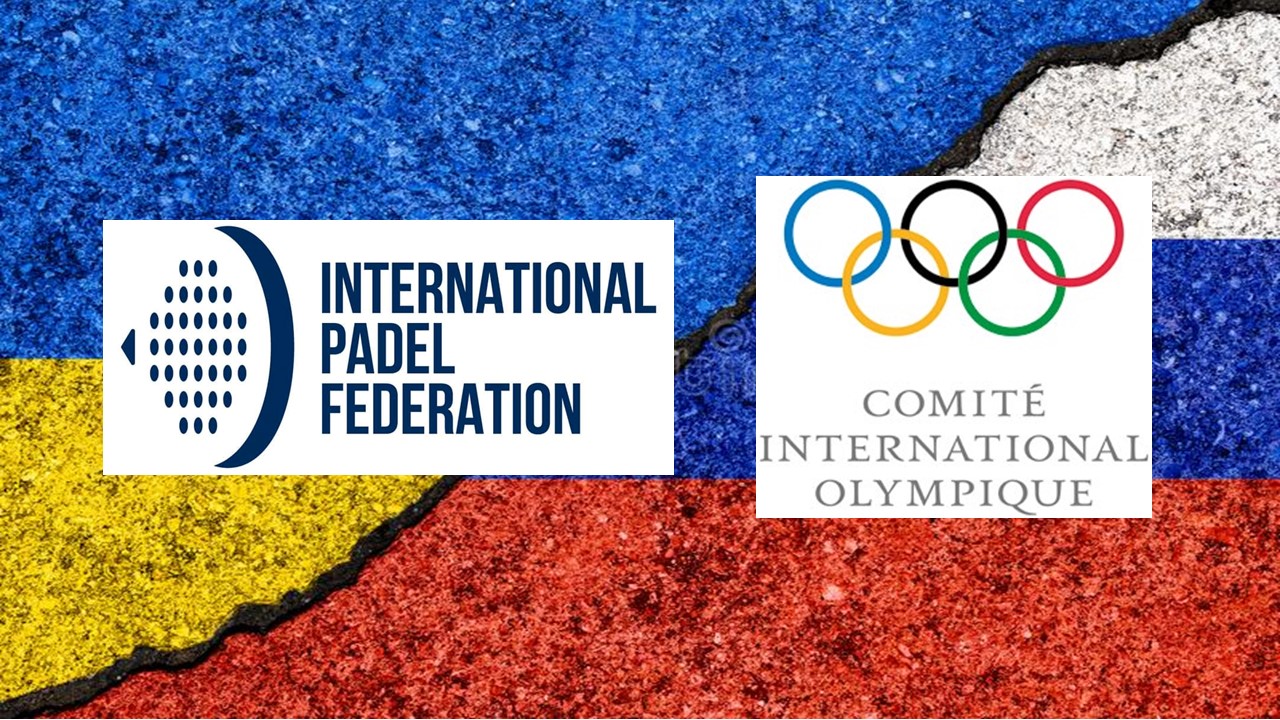 Little by little Russia is isolated from the world, a consequence of its military action against Ukraine. Balance sheet, she is no longer there welcome to international competitions de padel and she can't no longer organize international events linked to the FIP Tour.

We wondered if these more general exclusions towards Russian athletes were constructive or counter-productive?

Russia remains a very small nation in the padel. These measures are therefore very symbolic. Indeed, Russia is particularly shaken up in the sporting world with, among other things, the cancellation of the Sochi Grand Prix in Formula 1, the transfer of the Champions League final from Saint Petersburg to the Stade de France and the strong decision to FIFA to exclude Russia from the FIFA World Cup.

From this observation, the question is whether these cancellations or exclusions do not actually work against the supporters of peace and democracy. Indeed, sport conveys values ​​that can precisely help to re-establish a dialogue. Especially since Russian athletes are precisely in large part supporters of peace. Vladimir Nifontov, the Russian n°1 comes back to us a testimony very strong.

The IOC also welcomes their position:

The very strong position of the IOC

The FIP thus follows the recommendations of the IOC without either going so far as to exclude Russian players from all international competitions.

The IOC “urges International Sports Federations and organizers of sporting events around the world to do everything in their power to ensure that no Russian or Belarusian athlete or sports official is allowed (e) to compete under the name of Russia or Belarus. Nationals of Russia or Belarus, whether individually or in teams, should only be accepted as neutral athletes or teams. No symbol, color, flag or national anthem should be displayed, hoisted or interpreted."

Why such precision from the IOC?

At first glance, one might think that the IOC may have gone too far with Russian athletes and that we should not mix politics and sport.

But the IOC's arguments are just as strong:

The Olympic Games, the Paralympic Games, world championships and cups and many other sporting events bring together athletes from countries that are competing or even at war.

The Olympic Movement is also united by its sense of fairness, which prohibits it from punishing athletes for decisions made by their government if they do not actively participate. We are committed to fair competitions for all, without discrimination of any kind.

The war currently raging in Ukraine, however, places the Olympic movement facing a dilemma. While Russian and Belarusian athletes can continue to take part in sporting events, many Ukrainian athletes are unable to do so due to attacks against their country.

It is a dilemma that cannot be resolved.

Why Russians could organize international events and participate in them when Russia is behind the attack on Ukraine thus paralyzing the coming “many Ukrainian athletes"?

We can also say that the athletes are not guilty of the actions carried out by Russia and its leader Vladimir Putin.

Hence the “heavy heart” recommendations of the IOC and the intervention of the FIP in relation to Russia.