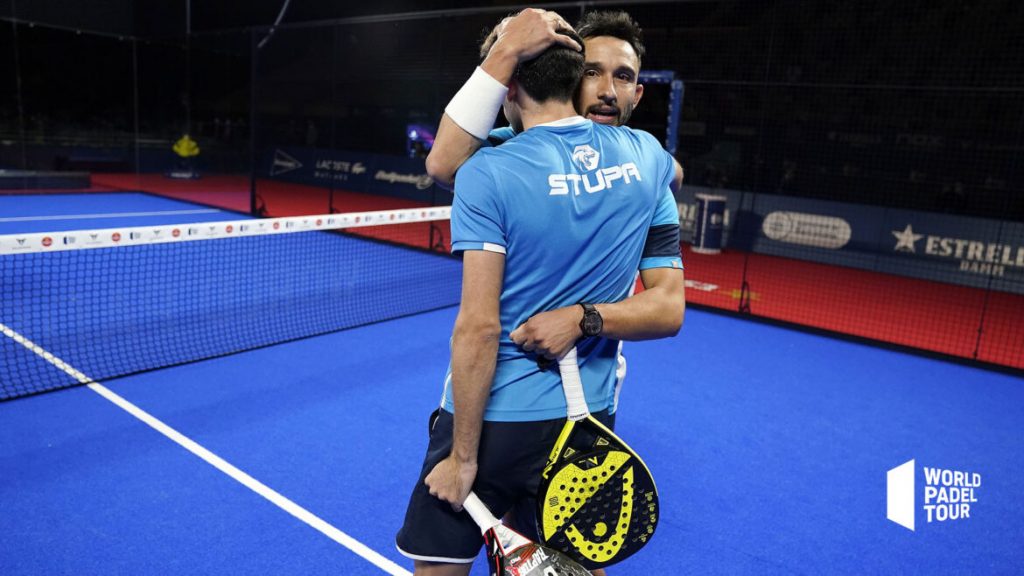 Franco Stupaczuk and Sanyo Gutierrez won the shock this morning against Paquito Navarro and Pablo Lima in the semi-final of the Barcelona Master of the World Padel Tour.

Sanyo Gutierrez and Franco Stupaczuk will play tomorrow in the final in Barcelona for try to win a second tournament in a row after their victory at the Menorca Open. However, it was not won after the first set of this semi-final.

Dominated in the important points of the first set, the Argentines were not let down by the rather severe score in favor of their opponents 6/2. Breaking from the start in the second set, Lima and Navarro were thought to be heading for victory but Stupa and Sanyo never got discouraged, recovering this break lost to the mind and forcing a decisive game.

Paquito and Pablo attack this drum-beating tie-break, quickly taking a double mini-break but once again, Franco and Sanyo do not give up, and taking advantage of a less precise Navarro than usual, they end up winning this decisive game unsustainable 15 points to 13 after having saved two match points !

Not really recovered from this disillusion, the Hispano-Brazilian pair cashed the break of entry in the last round and will never manage to return. Gutierrez / Stupaczuk win in the end 2/6 7/6 6/2 in a match of very high quality, with very large exchanges, a lot of work to earn the points on this slow track, and a lot of suspense, we had a blast!

Strongly this afternoon for the second men's semi-final, which obviously smells of powder between Galan / Lebron and Belasteguin / Tapia. Start of the match at 16h00 !