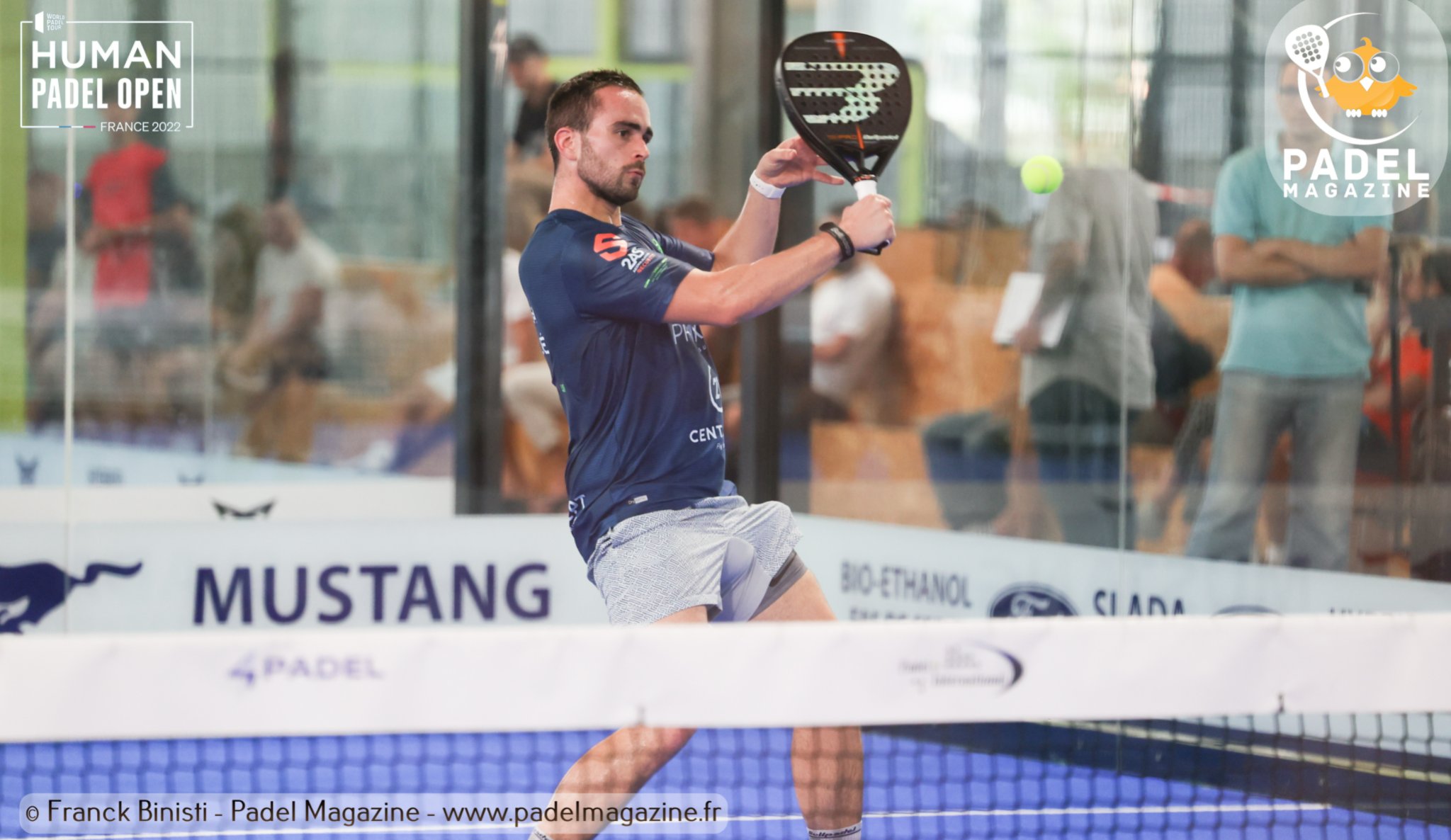 Present during the 8th stage of the Cupra Padel-Point Tour taking place in Bandol, the 6th French player and triple champion of France Bastien Blanqué has agreed to come back with us on various themes punctuating his current news.

The Philippe-Chatrier court, an “arena” according to Bastien

Padel magazine : Roland has just finished, you passed a lap in the main draw by imposing yourself against the pair Iriart / Perez. How did you feel during this memorable victory on the Chatrier?

Bastien Blanqué : “It was a memorable match, it will be unforgettable. These are the types of victories that are etched forever.

The Philippe-Chatrier court provides enormous emotions because it's really "arena", you have the impression that the public is 5 meters from you. There weren't many people, but it still gave me chills.

The physiognomy of the match was great with a fact of play at 3-3 in the 3rd set, we won 7-6 at the end, the fact that it was one of the first times that we played together with Adri, we had a wild-card board, Adri's family and mine who were present…it was really a great victory.

In addition to that if we go back to the context, I am not making a huge start to the season on the pro circuit. And there this kind of victory gives me the desire, it puts things in their place and I'm happy to have found my level, to have found my grinta, to have yelled like I did on the ground .

We are very happy, very proud. We are the first to have won on this ground and that is an indescribable emotion! »

Padel Magazine : Looking back, what is your assessment of this exceptional experience at Roland?

Bastien : “It's a good experience because we won a match against two guys who are 120. It gives us confidence and it shows that we are not far from the top 100 in the world. And especially me because it's one of my goals this year.

It also shows the shortcomings, on the second match against Stupa / Lima, the points on which we must improve, etc. This kind of match shows the weak points and strong points of each one, and even by observing the side of Stupa/Lima: the idea is to look at what they do better than us.

Really only experience, only positive. To have won a match, to have earned points for the pro circuit, to move up in the rankings, to earn a little money too, that's part of all this accumulated experience, but also a lot of experience and positive things to draw from this beautiful defeat (against Stupa / Lima). »

Adrien Maigret: "a player who can help me achieve certain goals"

Padel Magazine : Your association with Adrien (Maigret) is quite recent, do you think it is moving in the right direction and that it is a pair that we could see in the long term on the international circuit?

Bastien : " Completely ! We even plan to redo a few FIPs together, or even on the World Padel Tour or other international circuits. As it worked well, Adri wants to get back to it thoroughly. He wants to train and invest a little more. Since it matched well, I'm a player who can help me achieve certain goals, so we can totally continue to play together on the pro circuit. »

Objective: "Pick up Ben tison and return to the gates of the top 100... without forgetting the French championships"

Padel Magazine : Let's talk about your career. You are currently 6th French player in the ranking, do you think you can approach the top 3 by the end of the year? Is this a short term goal?

Bastien : “The French ranking now takes into account the FIP ranking, so it's a bit of a pivotal year. The objective is to stick a little Tison (Benjamin), to become 2nd or 3rd French again at the end of the year.

Afterwards, the priority is above all to achieve good results on the pro circuit, to have a good partner and to seek victories in the World Top 100. But also to return to the gates of the Top 100 or even integrate the Top 100, and behind that will mean that the French ranking will follow.

Without forgetting the French championships which for me remain an important objective of my season. »

The Cupra Padel-Point Tour : “A top-of-the-range circuit, for amateurs”

Padel Magazine : The Cupra Padel-Point Tour is not a circuit like the others. What is your feeling after this exhibition match and the clinics? Would you see yourself coming back on other dates?

Bastien : “I hope to come back to other dates, I spent a very nice day in Bandol in a very nice club by the sea. Cupra organization Padel-Point Tour is great, it reminds me a bit of the My Padel Tower when it was created a few years ago. The My Padel Tour which was a circuit for the elite of French players and this is a circuit for amateurs, and I find that really great. This is what was missing in France.

There are brands like Tennis-Point, Padel-Point or Cupra who are interested in padel, there is a good organization behind it, there are games, there is an exhibition. We also have clinics where there is a pro or two who come to make people “play”, the One Point Championship, table tennis, pétanque, we can try cars, rackets… You can also find amateur tournaments: the P25 and the P100 or P250.

The feeling is very good, I hope I will come back and it can be very good for the padel French. I hope it will remain a fairly unique circuit, and well marketed so that it doesn't get everywhere and it becomes anything.

It really is a "top of the range" circuit for the padel amateur. »