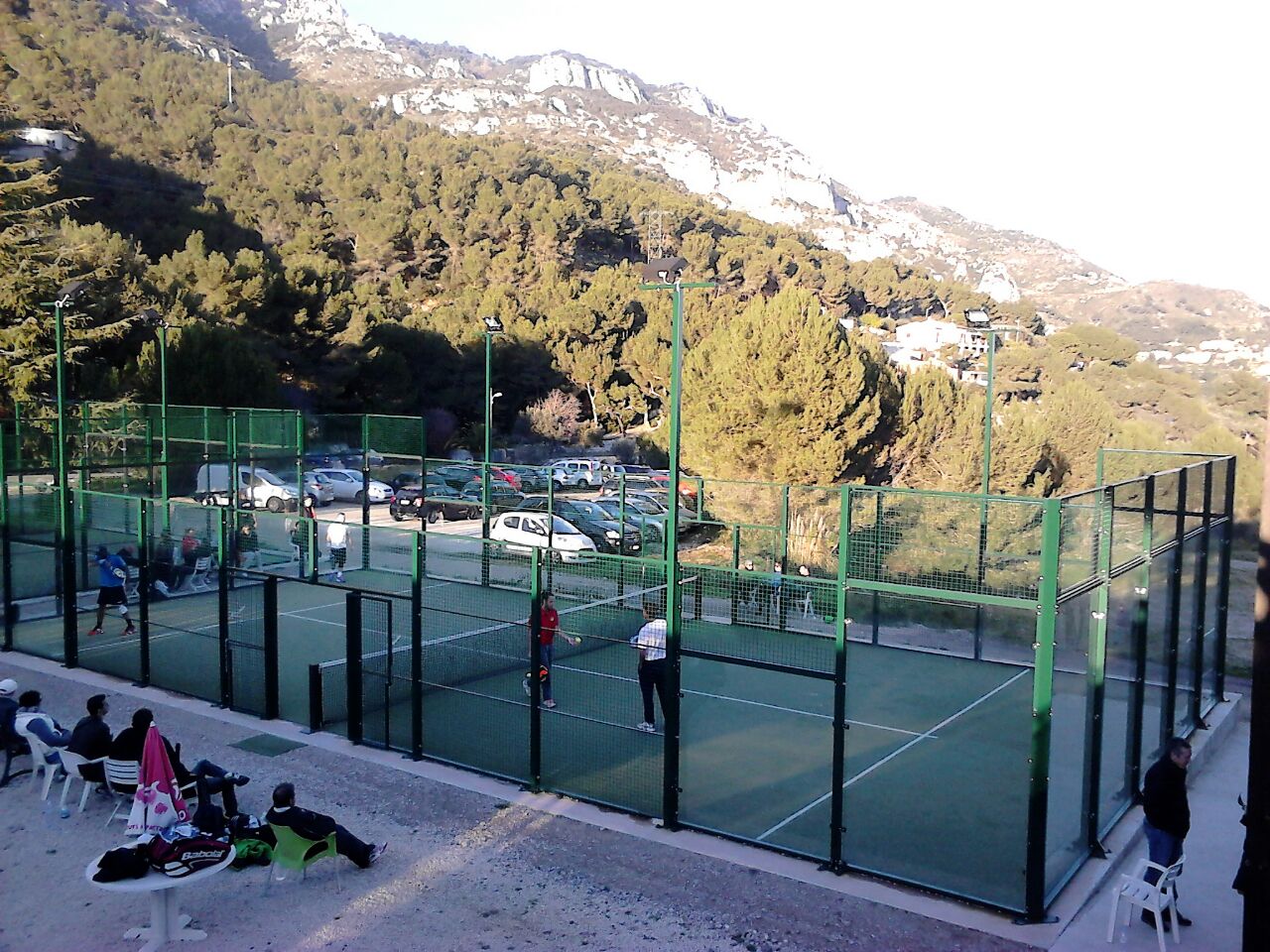 Inaugurated on December 14, 2013 in the company of its sponsor Didier Deschamps, the Royal Riviera Padel Club and its 2 padel courts were created thanks to Andrew Knox (padel enthusiast for more than 10 years) and Christian Collange (director of the Tennis Soleil club).

Located on the heights of Monaco in a green setting in Beausoleil, the club is led by Kristina CLEMENT one of the best French padel players who went to polish her knowledge of padel with the Spanish Federation of Padel during numerous stays.

After a year of existence, the club has a hundred regular players and the padel courts are busy from morning till night.

* Regular padel tournaments (one every 2 months), which bring together about 30 teams each time. the next will be the 28 and 29 next march

* Last year the club hosted some big names from the padel for clinics and exhibition matches like the multiple world champion Paula Eyheraguibel and Nito Brea, Argentine coach coach for the Argentine women's team and will certainly see some great players coming soon including with the WPT stage scheduled in September on Monaco.

The project would be to have additional shorts soon to meet the growing demand for padel at the club ... To be continued!