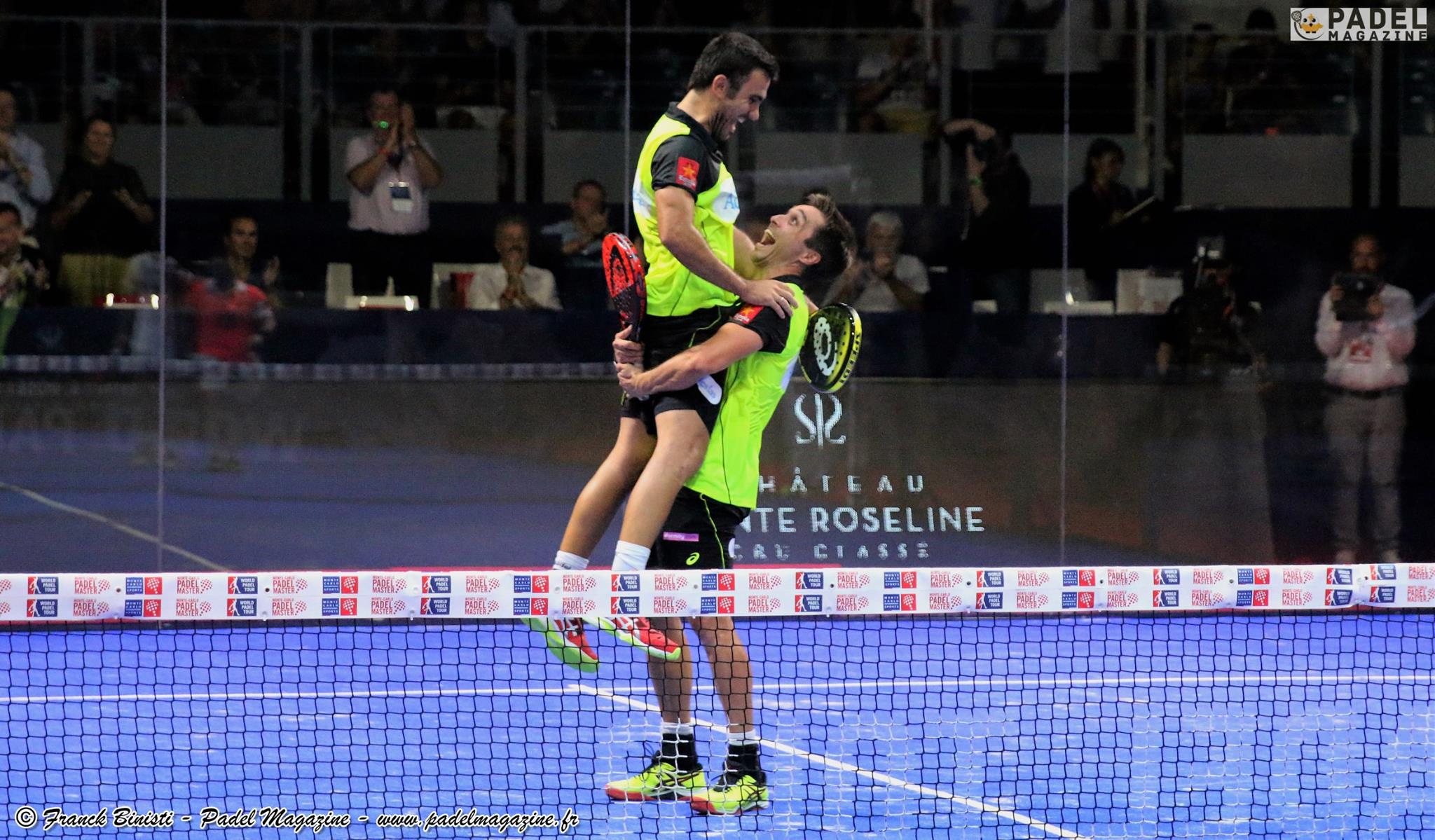 The Fabrice Pastor trophy remains the property of the world numbers Fernando Belasteguin and Pablo Lima. They have renewed their title at Monte Carlo Padel Master and left nothing but crumbs for their direct competitors.

The question of the day for the rivals of the day in the final was simple: “How to generate the world numbers one and not get a usual little spanking at this stage of the competition by the kings of the padel worldwide? ”

The question is asked but the answer was not found by Matías Díaz and Maxi Sánchez defeated 6 / 3 and 6 / 2. Severe score in the first set, because the match lasted more than an hour and a half still with very contested games. But it's always the same who pass and we felt a form of fatalism at the end of the game by the 4 numbers worldwide.

Yet if we analyze the game well, we will observe that they really tried to do better than habit. Tactically, the idea was clear: Target Lima and prevent Bela touch the ball, great god!
except that Lima has not only held, but he achieves a sublime defensive match while the opposing pair has not stopped pounding. In the end, Maxi Sanchez was impatient and it was him to try to shorten the exchanges who committed mistakes.

Matias Diaz in the Diaganole of Lima was trying to get him off the hook with some bandeja of which he has the secret but without real effects on Lima.

The other problem with Lima is that he defends very well, but is able to hit very, hard. Moreover, he regularly surprises by the noise made by his racket when he sends at times bandeja / flat supersonic.

Meanwhile, Bela had to stay very focused because he received very little ball. The few times he has touched, there is often no point ...

Is there a real possibility to beat Lima / Bela at 100% of their capacity?

We would have liked the Paquito / Sanyo pair to show what they are capable of because we feel they keep them underfoot. But besides, to be the world's number one, they are workaholics, very serious before during and after their matches.

It is high time for Pablo Lima to return home and find his extended family with his first child born 2 days ago.