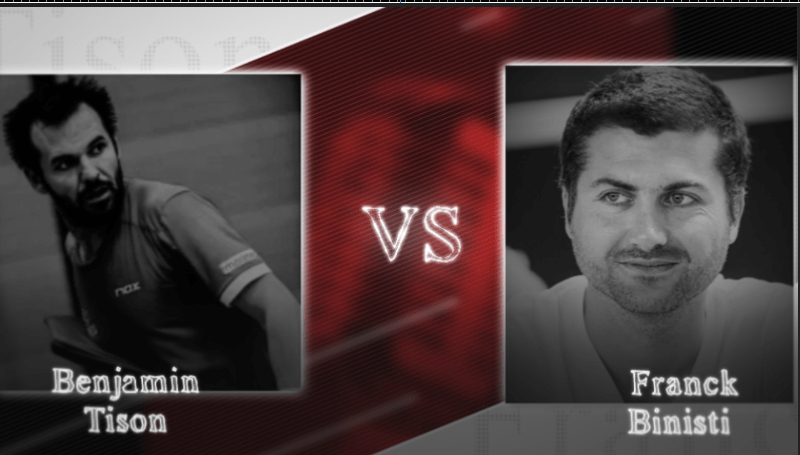 The vice-champion of France of padel, Benjamin Tison, is the guest of the show “Le face-à-Face” this Wednesday May 13 at 18 pm. The left-hander knows how to make the powder speak. In 2 years, Benjamin has become a staple of French padel.

Before talking about Benjamin's story, we will start our interview on containment and de-containment. Since Monday May 11, Spain allows padel professionals to replay. Possible / impossible?

Then we will launch out on the course of the Parisian… His great beginnings in the padel, his first balls… his first victories…

Benjamin Tison quickly launched out on the French circuit… We remember the collector pair with Frédéric Pommier then the adventure with Adrien Maigret….

Head for Team France. How did Benjamin Tison prepare to evolve so quickly?

Has his style of tennis helped him in padel tennis?

His great beginnings on the professional circuit: Before talking about his first results, we will talk about his association with Jérémy Scatena?

How was it built? Today, the pair Tison / Maigret is in everyone's mouth… Will we see them again with new partners? How did this separation take place?

Then the association with Jérémy Scatena? What was the journey? Now that he lives with Jérémy in Barcelona… Partner to the end… Were there any difficulties in preparing for the professional season?

What are his ambitions? Did he set goals?

Objective the world of padel… Does he think that the test will still take place?

How does he feel in Team France? Complicated moments / Nice moments / Anecdotes…

Involved player, player with teaching experience, player who knows the processes and mode of operation between the public and private sector.

What is his work with the FFT on education? How does it evolve?

Since the beginning of the year, we have seen many tensions appear in padel clubs. What is his opinion? How does he see things? His advice / ideas

Jérémy Scatena proposed to make a huge padel tournament “in French unofficial padel championship mode” if the FFT did not offer or did not return to the setting up of beautiful events during the second half. However ?