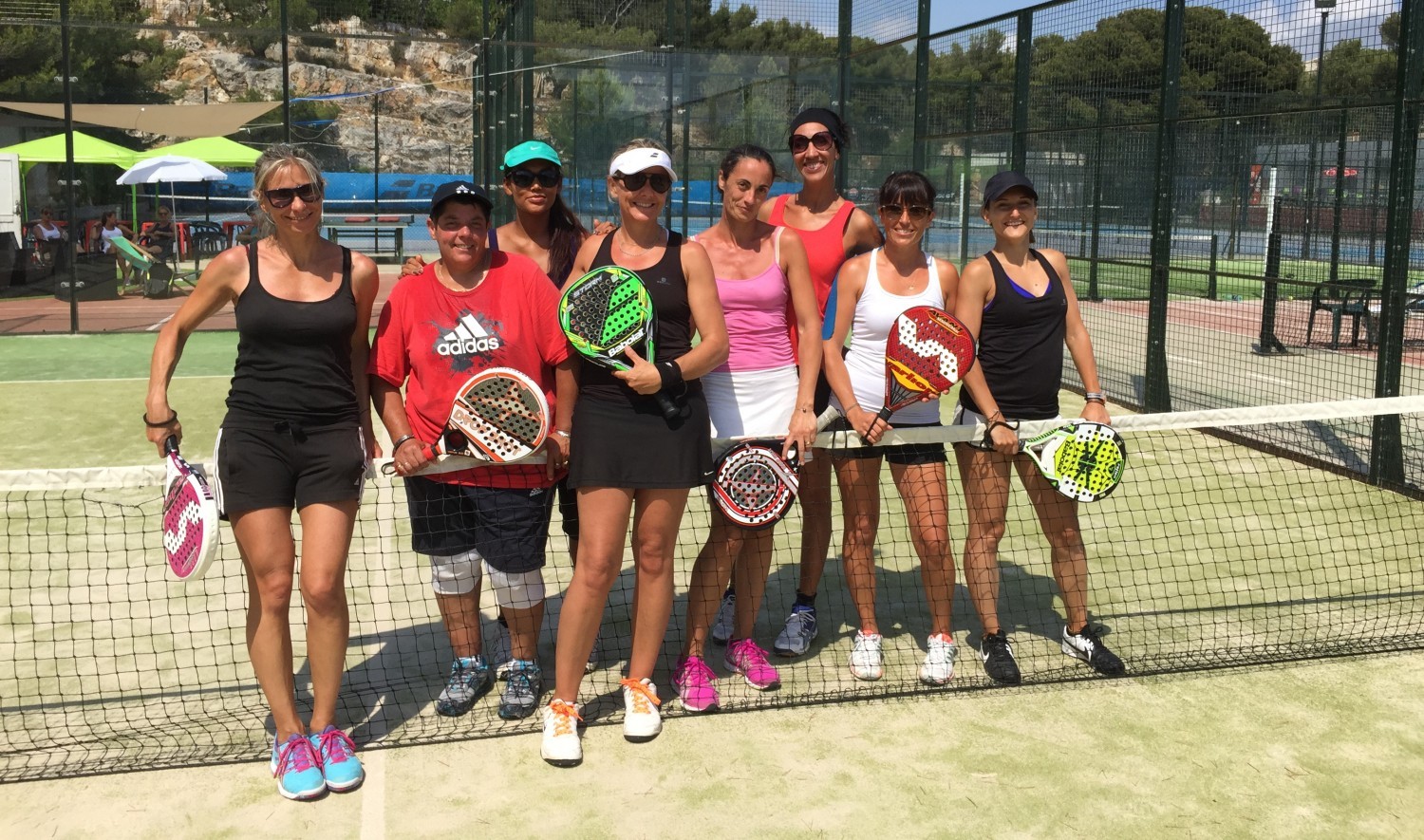 [vision_highlight color = ”purple” style = ”style-1 ″] The Padel Cassis club still active under the aegis of Jacky Barnault and the Soccer Park of Orléans which hopes to play an important role during the French championships of Padel. Quick glance on these 2 clubs: [/ vision_highlight]

At the padel club of Cassis:

After a night disturbed by violent storms, the 16 best girls Cassis PADEL tournament was held under a beautiful sun. The consolation was won by Kiki and Clementine against Sophie and Valerie.

The tournament saw Sika and Adeline win against Pann and Lisette. Beautiful show, pretty girls: a day, we could not be more pleasant.

It is for the women GUILLEMIN / THAUVIN and the men AMIOT and THOMAS who will represent Orléans during the inter-regional phases for the championship of France padel.

On June 13 and 14 was held at Soccer Park Orléans the first Regional Championship of Padel organized by the French Tennis Federation. 14 double teams, including 2 ladies' doubles and 14 men's doubles, or 32 participants, responded to offer us a great show. And this, in a very good state of mind.

The competition, for the men's doubles, was held on 2 days: the first, on Saturday, was dedicated to the group matches and the second, on Sunday, left room for the classification matches. With 2 double ladies on call, 1 match on Sunday was enough to decide between them.

From then on, on the man side, 4 hens (2 hens 3 and 2 hens 4) were made. The double men were then able to fight this first day of competition from 9h to 18h to demonstrate their level against their opponents in the region. With a heterogeneous overall level, some matches proved very little fought while a few others made poster figures before the classification matches.

Even if the reflexes acquired with the tennis went back to the surface clearly, the participants made evolve their way of player to gradually make room for the tactics and the finesse to the detriment of the power necessary to smash the ball out of the short.

At the end of this first day, the best doubles were then to take the first places of their respective pool. Thus, the pairs MENARD / MENARD, METOUT / LECOEUR, DUBOIS / BILLARD and AMIOT / THOMAS promised us very beautiful battles to get the first place promised to the best double gentlemen of the Center region.

Indeed, Sunday was rich in good game. While the matches for the last places were already contested, the games that followed were even more. Attests to this figure: among the decisive games for the ranking places, 4 matches on 7 ended on a super tie break, including the match for the first place double men.

This last opposed Jean and Matthieu MENARD to the double compound by Virgile AMIOT and Xavier THOMAS. If the two brothers were a favorite in the minds of many spectators, the result of the match demonstrated the determination of their opponents Virgil and Xavier who have won the Super Tie break. The score: 6 / 4 - 3 / 6 - 0 / 1.

For the women, the match looked more like an initiation than a final, but the effect Padel immediately won them over. Between the double queen MÉTOUT / LECOEUR and that GUILLEMIN / THAUVIN, it is the last one who emerged victorious with a score of 2/6 - 1/6.

This weekend was a great gathering around the Padel, between competition, exchange and discovery. The FFT and Soccer Park are proud of this success and intend to build on this first event Padel to promote this sport and develop it as it deserves.